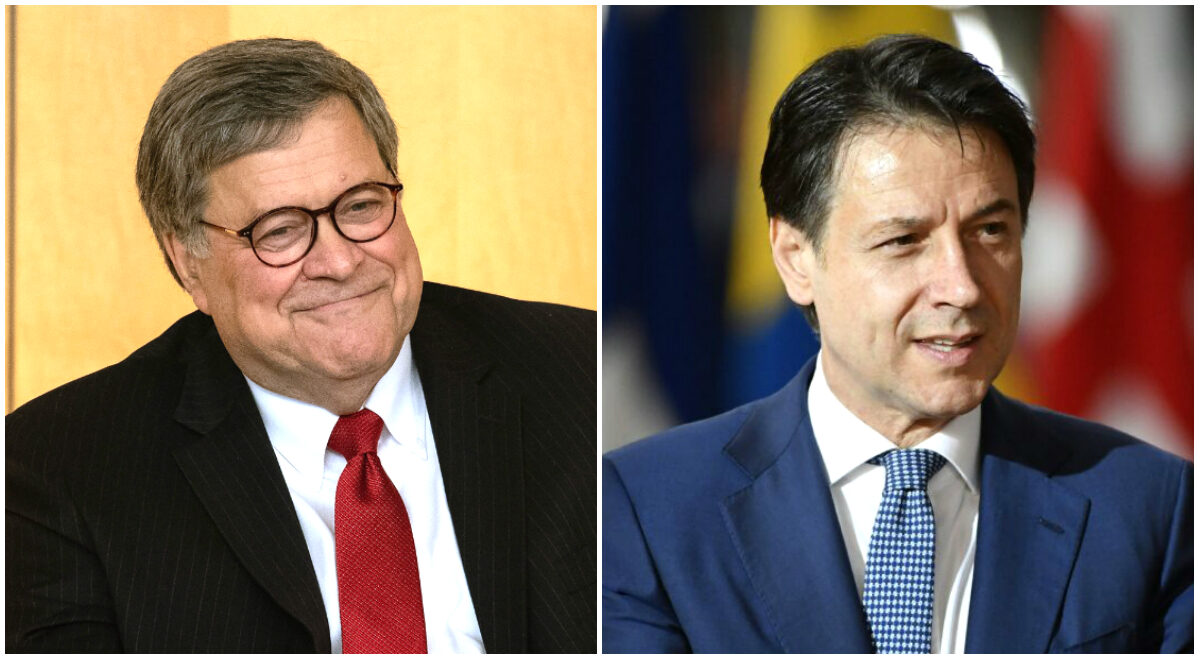 The meetings, which took place Aug. 15 and Sept. 27, have been widely reported as being part of an investigation by led by U.S. Attorney John Durham into whether spying on the Trump campaign during the 2016 presidential election was legal and adequately justified.

Conte told reporters that the meetings, attended by Italy’s spy chief Gennaro Vecchione and other senior officials, established that Italy had no information on the matter and was not involved in the investigation.

“The meetings were fully legal, correct, and didn’t remotely harm our national interests,” Conte said at a news conference, after giving closed-door testimony on the issue to the Italian parliament’s committee for national security.

Conte said U.S. authorities had requested the meetings in June, adding that he had never personally spoken to Barr and that U.S. President Donald Trump had never spoken to him about the investigation.

Barr wanted information on the conduct of U.S. intelligence officers based in Italy in 2016, Conte said. He added that the meetings also discussed Joseph Mifsud, a Maltese university professor who was a key figure in the events that triggered the Russia probe and was teaching in Rome when the scandal erupted, but has since disappeared.

The Justice Department recently obtained two cellphones owned by Mifsud, who figured prominently in the events that triggered the opening of an FBI counterintelligence investigation of the Trump campaign. After first meeting in Rome with Trump campaign associate George Papadopoulos, the two met again in London, where Mifsud told Papadopoulos that Russia had Hillary Clinton’s emails. The FBI formally opened the investigation of the Trump campaign based on a tip that Papadopoulos had told an Australian diplomat about the claim.

The meetings “clarified that our intelligence was not involved in the affair,” Conte said.

The FBI investigation eventually led to the bureau securing a secret court warrant, which relied heavily on an opposition research dossier on then-candidate Trump, to wiretap Trump campaign associate Carter Page. The dossier, paid for by the Clinton campaign and the Democratic National Committee through a cutout, was compiled by a former British intelligence officer, using second- and third-hand sources with ties to the Kremlin.

Italian right-wing opposition parties have said Conte shouldn’t have authorized the secret encounters and have suggested they were connected to Trump’s endorsement of him as prime minister during an Italian government crisis in August.

“If we had refused to sit around a table, we would have damaged our intelligence operations, and it would have been serious disloyalty and discourtesy to our historic allies,” he said.

Conte confirmed Barr’s meeting in Rome two days before The Associated Press and The New York Times cited anonymous sources to report that Durham’s review has evolved into a criminal investigation.

Former CIA Director John Brennan said earlier this month that he expected to be interviewed by Durham. The New York Times reported that Durham is, in part, looking into whether the CIA improperly influenced the FBI into opening the Russia probe.

Former Director of National Intelligence James Clapper told CNN on Oct. 24 that he is “presumably one of those under investigation.”

In a separate review, the Justice Department’s Office of Inspector General is expected to release a final report on the actions by the FBI and DOJ related to the Foreign Intelligence Surveillance Act warrant on Page. In an Oct. 24 letter (pdf) to lawmakers, Inspector General Michael Horowitz wrote that the voluminous report will be minimally redacted.