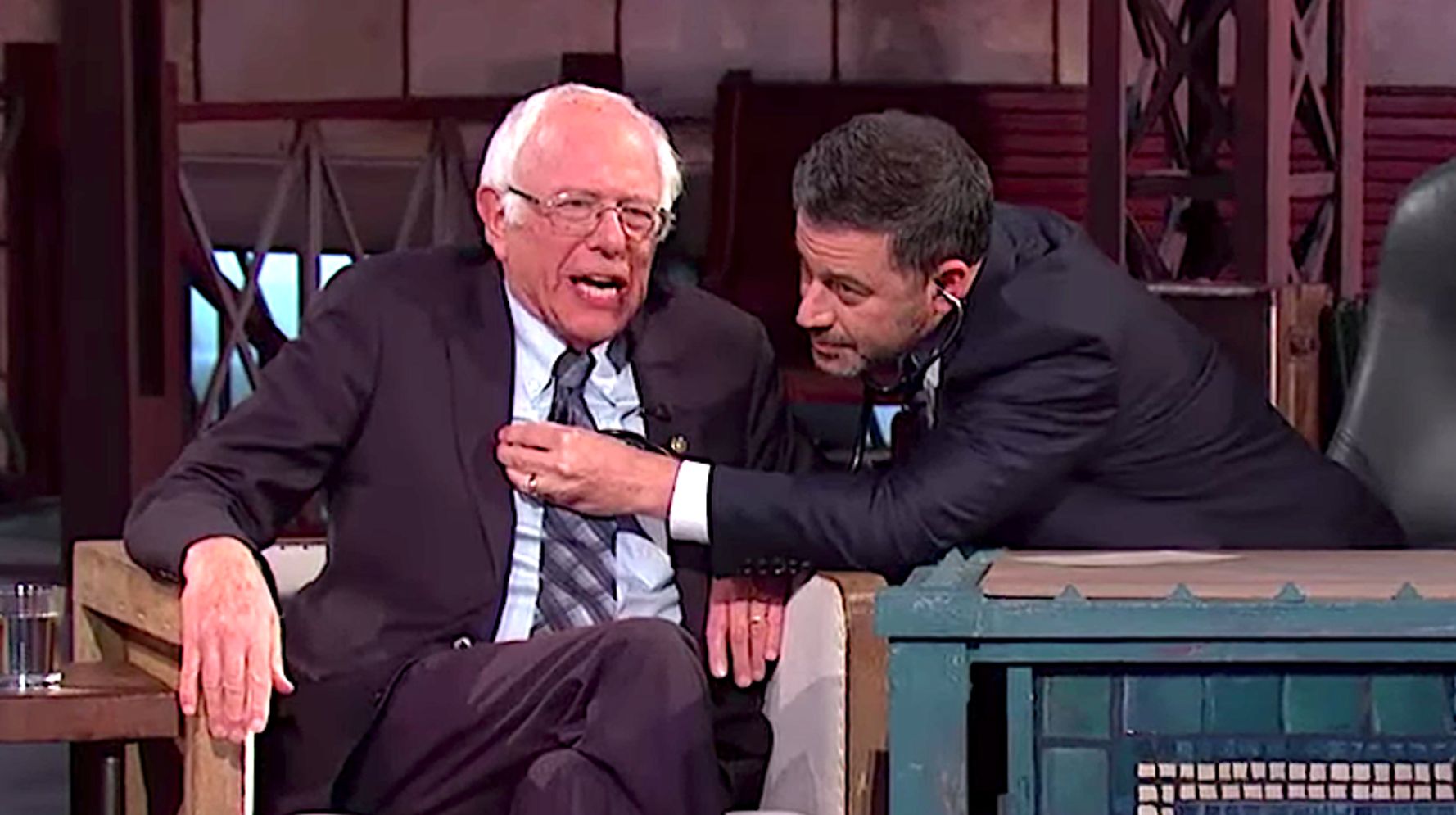 But it didn’t take long for Sanders to get to the heart of the matter regarding decent Republicans on Capitol Hill who allow President Donald Trump to bully them. (See the video above.)

Kimmel, hosting his show from Sanders’ native Brooklyn, New York, this week, asked the senator whether Republicans are willing to “look at the facts” as the impeachment inquiry into Trump continues.

Sanders ― who said he believes the House will impeach Trump and expressed hope that Republicans would allow for a fair trial in the Senate ― replied:

You have a lot of Republicans in the Senate and the House … who are not liars, they’re not racists, they’re not sexist, they’re not homophobes. And yet they have been intimidated and frightened by this president. And with very few exceptions, they don’t have the guts to stand up and tell the truth about what’s going on. I hope that in this process some of these Republicans understand that the future of this country is more important than just Donald Trump.

Watch the interview above.

Donald Trump And The Making Of A Predatory President