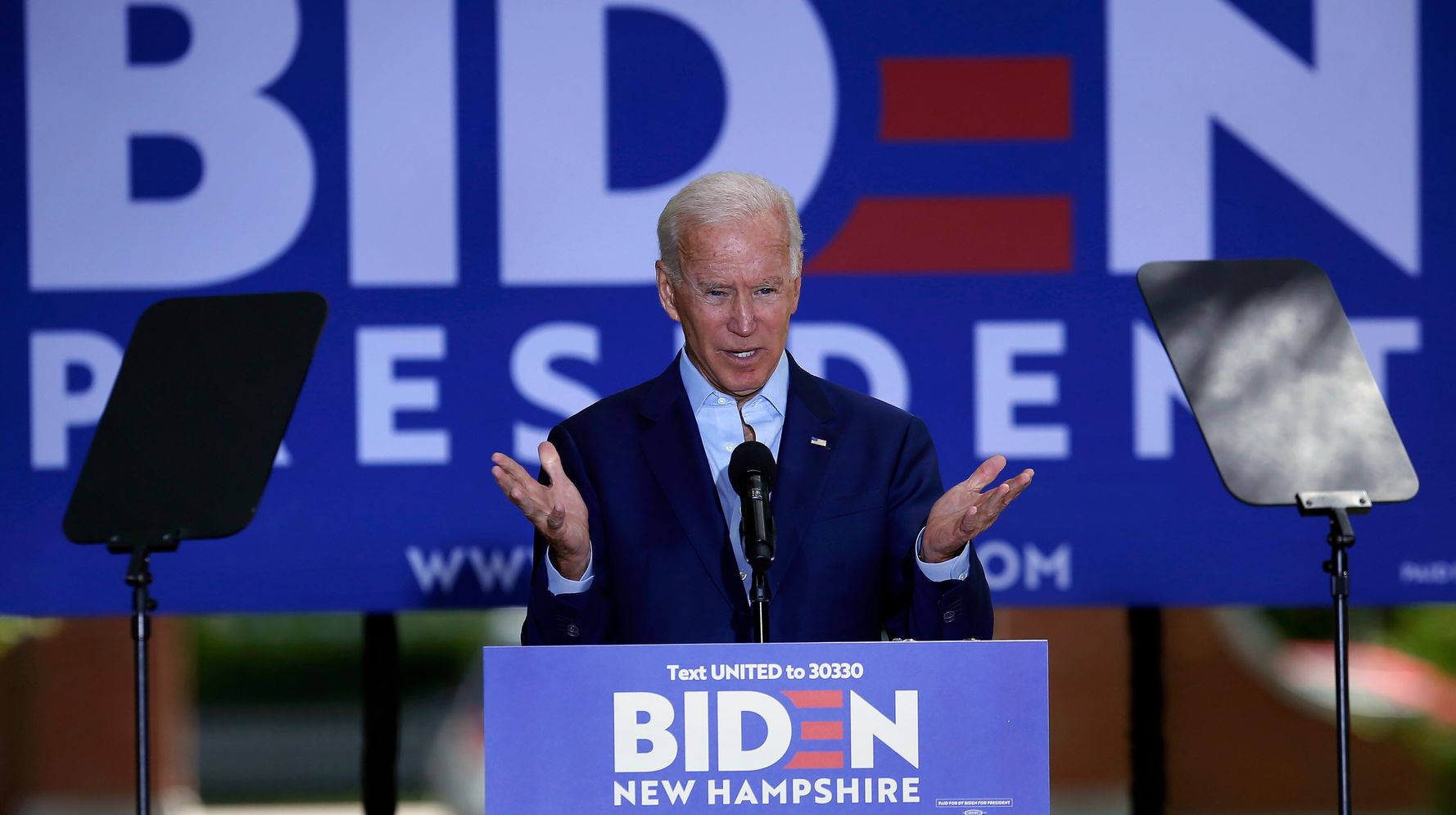 Former Vice President Joe Biden joked to his New Hampshire supporters that he isn’t “going nuts” following a string of campaign trail gaffes, the latest in which he forgot the location of the Dartmouth College building where he delivered a speech on Friday.

“I want to be clear, I’m not going nuts,” the Democratic frontrunner said later that day. “I’m not sure whether it was the medical school or where the hell I spoke, but it was on the campus.”

Biden in NH tonight quipped that he isn’t going “nuts” because he didnt know exact location of his earlier Dartmouth speech pic.twitter.com/0y7iqiDyHi

The lighthearted remarks came just one day before Biden made another slip up in New Hampshire. While speaking with a reporter who asked for his impression of Keene, a city in southwest New Hampshire, he accidentally referred to the state as Vermont.

“I love this place,” the 2020 hopeful said. “What’s not to like about Vermont in terms of the beauty of it? And what a neat town. This is sort of a scenic, beautiful town, the mayor’s been a good guy, and everybody’s been really friendly.”

Joe Biden in Keene, New Hampshire: “I’ve been here a number of times…I love this place. Look, what’s not to like about Vermont in terms of the beauty of it?” pic.twitter.com/YZBP4ybQ3z

On Tuesday, Biden slipped up again during a speech in Iowa where he said that Robert F. Kennedy and Martin Luther King Jr. were “assassinated in the 70s.” Both were killed in 1968.

Meanwhile, Biden’s opponents, including Republican National Committee spokesperson Elizabeth Harrington and Kayleigh McEnany, national press secretary for President Donald Trump’s re-election campaign, have seized on the mistakes, tweeting, “They can’t take him anywhere” and that he has “completely lost it.”

Earlier this month, Biden made additional headlines for stating during a separate Iowa speech that “poor kids are just as bright, just as talented, as white kids,” quickly adding, “wealthy kids, black kids, Asian kids, no I really mean it, but think how we think about it.”

In response, Trump, who has himself racked up numerous foot-in-mouth moments or made outright offensive remarks, claimed that “Biden is not playing with a full deck,” and that he “is not somebody you can have as your president.”

Defending Biden, Symone Sanders, his senior adviser, urged the public in a CNN interview to stop focusing on his errors.

“If we’re going to elevate the conversation, we cannot allow this election to devolve in a tit-for-tat over name-calling and ‘gaffes,’ again something that does not matter,” she said. “This is not something that’s registering with the American people.”