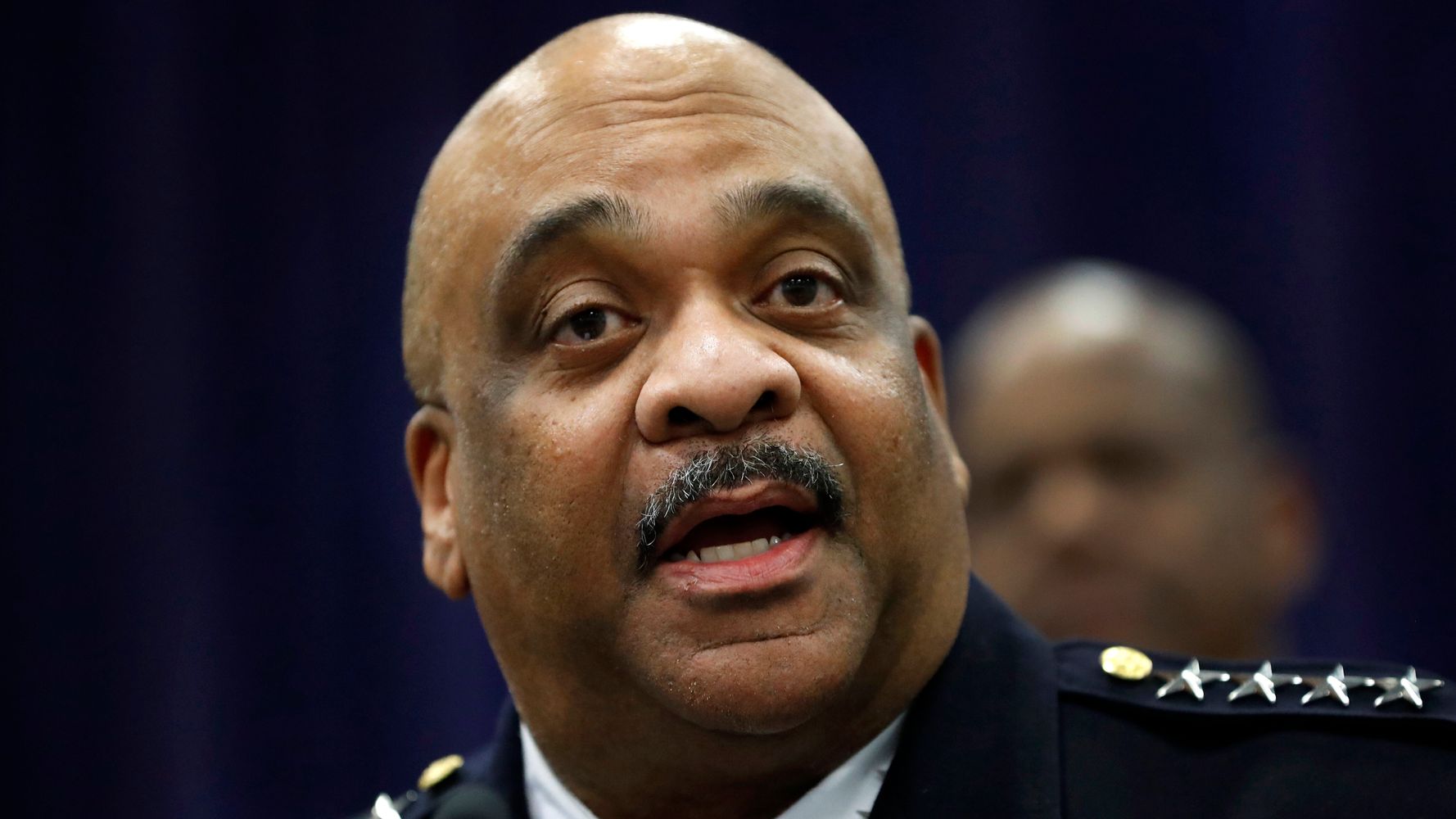 Chicago Police Superintendent Eddie Johnson scoffed Monday at President Donald Trump’s repeated tale about meeting a “powerful, strong-looking” cop on a motorcycle in Chicago who could clean up the city’s crime in a single day.

Trump claimed that he met the officer three years ago and sent his name to Chicago officials. But they have no idea what he’s talking about, the Chicago Tribune reported.

“That person doesn’t exist,” Johnson said when a reporter asked about Trump’s story after the president’s controversial speech on Monday to police chiefs in Chicago, which Johnson did not attend. (See the video above at 10:05.)

Trump first claimed to have met the unidentified super cop while he was campaigning for president — in an earlier retelling, Trump said the man claimed he could “straighten out” the city in one day, or “so quickly that your head would spin.”

The president referred to him again during his speech on Monday, though he hedged on the timeline. “One day, one week or one month — there was no doubt he could have done it,” he declared.

Monday marked Trump’s first visit to Chicago as president — an opportunity he used to trash the city. Johnson staunchly defended his police force after the president blasted Chicago as more dangerous than Afghanistan.

Johnson pointed out that Trump had no problem relying on the very same police force he criticized in his remarks. “The same police officers the president criticized for their inability to protect this city spent all day protecting him,” the superintendent noted.

He also cited Trump’s boast about falling crime rates in the nation. Johnson said that it was Chicago that “set the table” for the trend. The city has had “double-digit reductions in the last three years” in major crimes, Johnson said.

Much still needs to be done in the city, Johnson acknowledged, but he said he was “exceptionally proud of the work being done by the 13,400 men and women of the Chicago Police Department.” The Trump administration has “hurt many communities in Chicago, but CPD is here and will always be here to stand up for them,” he vowed.

Hundreds of demonstrators hit the streets to protest Trump’s visit to Chicago, chanting “Lock him up!” and calling for his impeachment.

It’s no surprise that @realDonaldTrump brought his insulting, ignorant buffoonery to Chicago. Luckily, in this city, we know the truth and we will not let anyone — no matter how high the office — denigrate who we are as a people or our status as a welcoming city.