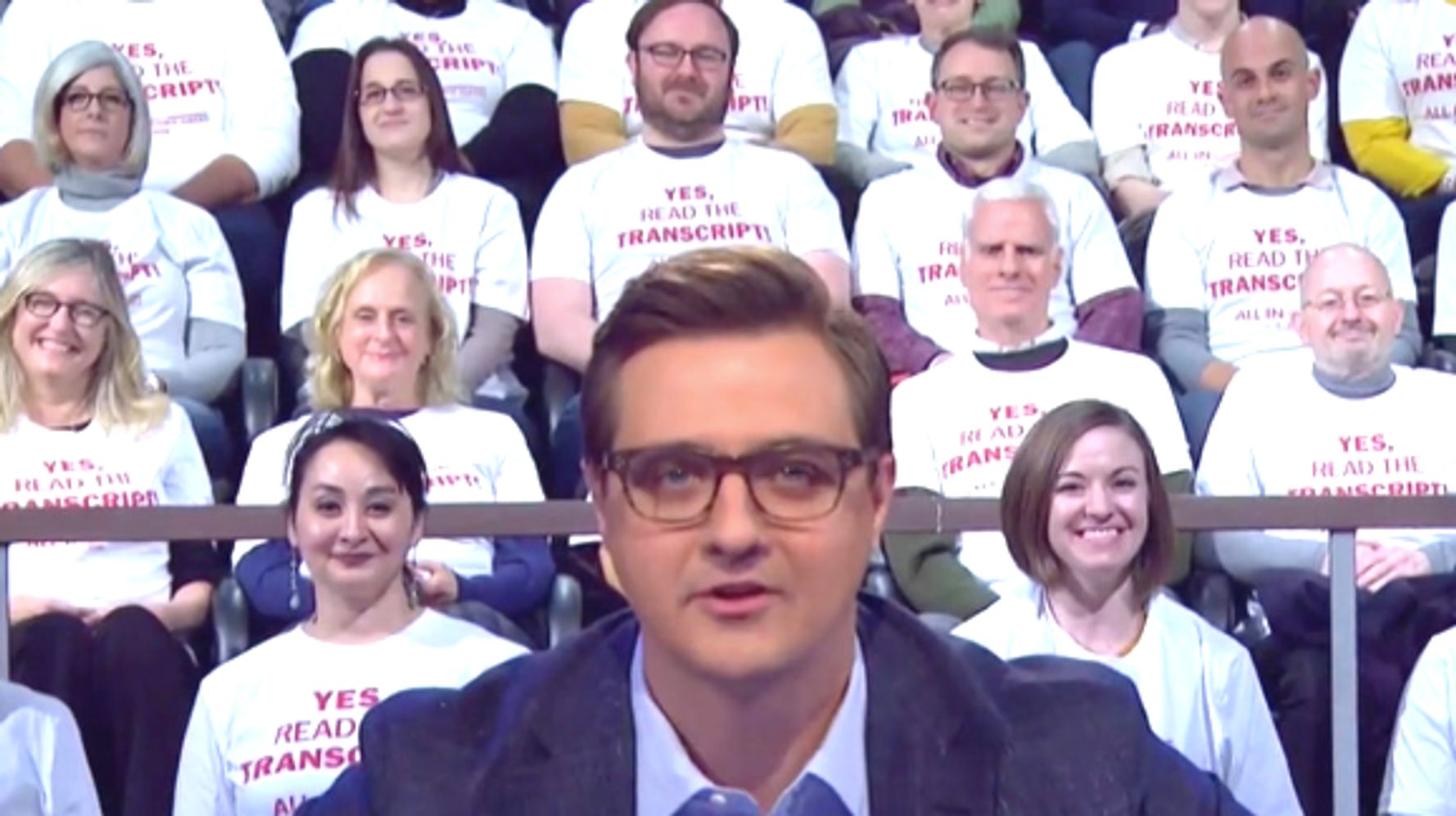 Chris Hayes on Friday poked fun at President Donald Trump’s insistence that people read the transcript of his call with Ukraine’s president that sparked the impeachment inquiry, despite its potentially incriminating nature.

The host of MSNBC’s “All In” stood in front of audience members wearing shirts that read, “Yes, read the transcript!” (countering Trump supporters’ similar attire at his rally in Kentucky earlier in the week) as he encouraged people to actually listen to the president for once. (The “transcript,” as the White House keeps referring to the record of the July phone call, is actually a partial summary and not “verbatim.”)

Check out the clips above and below:

WATCH: @chrislhayes on Trump’s argument that no one is dumb enough to do what he did:

“Could the President be so dumb as to commit a flagrant abuse of power, extort a foreign country while a bunch of people were listening? The answer is yes.” #inners pic.twitter.com/kIxqkQNqgY