Chris Wallace Grills Mike Pompeo On Taliban Invite: ‘Who Thought It Was A Good Idea?’ 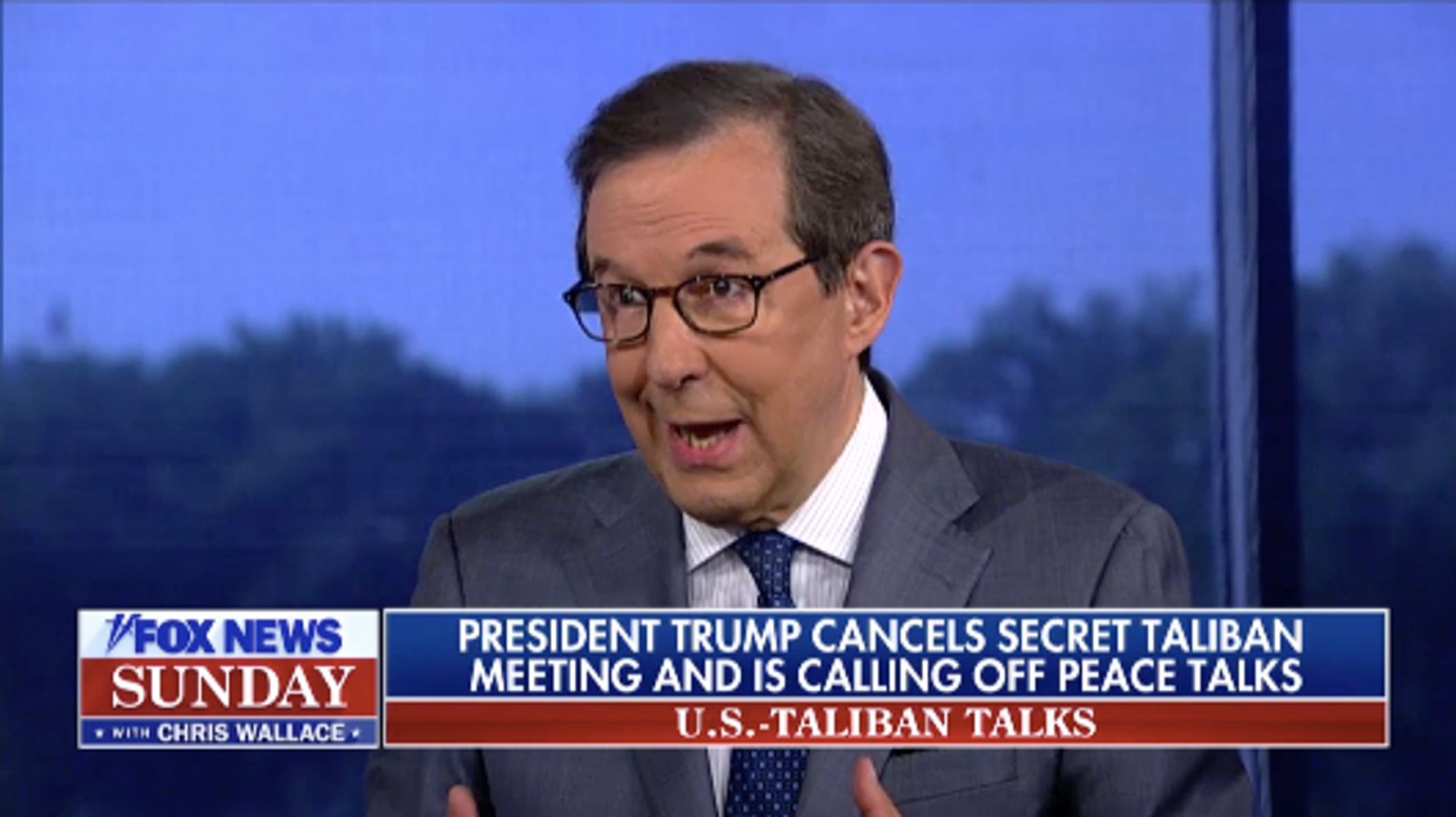 Secretary of State Mike Pompeo on Sunday defended President Donald Trump’s controversial decision to invite Taliban leaders to meet with him in the U.S. just days before the 18th anniversary of the Sept. 11 terrorist attacks.

“Fox News Sunday” host Chris Wallace questioned whether it would have been politically prudent for Trump to personally attempt to negotiate a peace deal with members of the Islamic militant group at Camp David in Maryland.

“Who thought it was a good idea for the president of the United States to meet with Taliban leaders who have the blood of thousands of Americans on their hands just … days before 9/11?” Wallace asked Pompeo.

The secretary of state said the White House had reflected on the “history of Camp David” and felt it was “perfectly appropriate” to extend the invitation to the Taliban leadership. The Taliban, an Islamic militant group in Afghanistan, recently reiterated its support for the 9/11 attacks.

“Lots of bad folks have come through that place,” he added, referring to Camp David. “There’s been lots of peace negotiations taking place. It’s almost always the case that you don’t get to negotiate with good guys.”

The president on Saturday announced that peace negotiations between the U.S. and the Taliban were on hold indefinitely after the group claimed responsibility for a car bombing in Kabul that killed 12 people, including a U.S. soldier, last week.

Trump said in a series of tweets that he had secretly invited Taliban leaders to meet with him at Camp David, but that he had canceled the meeting after the group “admitted” to carrying out the attack.

The invitation drew backlash from Democrats and some members of the media.

“The Taliban had the deaths of thousands of Americans, and it’s just three days before 9/11. No concerns about that?” Wallace asked Pompeo on Sunday. “I can understand the envoy talking to them ― why does the president have to confer that status on them?”

Pompeo claimed Trump was “very clear” about wanting to make sure negotiations with the Taliban “got to the right place.”

Trump is “willing to take risks if he believes he can deliver a good outcome for the American people,” he said. “We’ve got to make sure we get it right.”