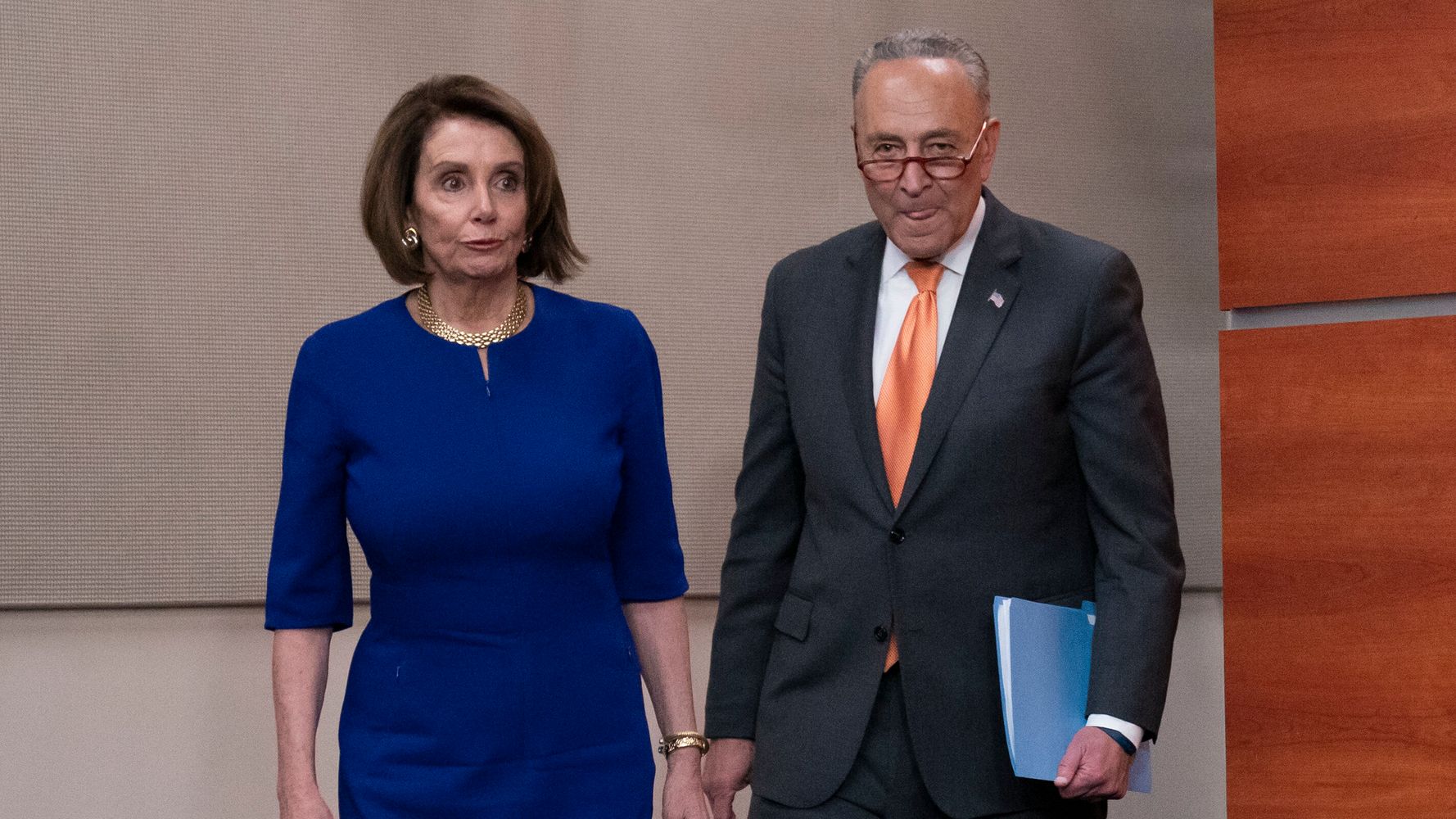 Schumer told reporters that Trump “was insulting to the speaker” at the meeting and that he called Pelosi a “third-rate politician.” The senator also said the meeting was more of a “diatribe” than a “dialogue.”

Schumer, Pelosi and Houer speaking to reporters after meeting with Trump on Turkey.

Schumer says it was more of a “diatribe” than a dialogue and than Trump didn’t have a plan for containing ISIS. pic.twitter.com/pTydvIGWqs

At the same press conference outside the White House, Pelosi said Trump had a “meltdown” during their meeting. In response to being called a third-rate politician, Pelosi said she told Trump: “I wish you were a politician, Mr. President, so then you’d know the art of the possible.”

“I asked the president what his plan was to contain ISIS,” Schumer said, referencing the hundreds of ISIS supporters that escaped detention in northern Syria. “He didn’t really have one.”

The meeting came after what Pelosi said was “a very difficult time for” Trump, referencing the House’s nonbinding resolution that opposes the president’s withdrawal of U.S. troops from northern Syria.

Democrats and Republicans overwhelmingly condemned Trump’s decision to effectively greenlight Turkey’s invasion of the region, a move that put America’s Kurdish allies in danger and would likely lead to a resurgence of ISIS.

“That vote … probably got to the president, because he was shaken up by it. And that’s why we couldn’t continue in the meeting because he was just not relating to the reality of it,” Pelosi said. “Again, we are proud of our men and women in uniform. Those who have been in Syria have conducted themselves in a way that makes us all very proud, and I conveyed that to the chairmen of the joint chiefs.”

Trump signed an executive order on Monday to impose sanctions and visa bans on top Turkish government leaders as a way to punish them for the country’s forces invading Syria, and said that a small number of U.S. troops would remain in Syria.

Earlier Wednesday, Trump undermined the long-standing alliance between U.S. and Kurdish forces who have been fighting alongside each other against ISIS in Syria. The president said the Kurds are “not angels,” and that Turkey’s invasion of Syria is “not our problem,” even though Vice President Mike Pence and Secretary of State Mike Pompeo were scheduled to travel to Turkey on Wednesday to negotiate a cease-fire.

“I told the president that being from New York, as he was, we’re particularly aware of the problems that terrorism, that an organization like ISIS can create,” Schumer said. “And the fact that someone no less than General [Jim] Mattis has said that ISIS has been enhanced, that the danger of ISIS is so much greater, worries all of us.”

Mattis was Trump’s defense secretary until December 2018, when he resigned over foreign policy disagreements and his opinion that ISIS would resurge if Trump withdrew troops from the Middle East. In the meeting with congressional leaders on Wednesday, Trump allegedly called Mattis the “world’s most overrated general,” a Democratic source familiar with the meeting told HuffPost.

A Dem source familiar with WH mtg says Trump called Mattis “the world’s most overrated general. You know why? He wasn’t tough enough. I captured ISIS. Mattis said it would take 2 yrs. I captured them in 1 month”

“You know why? He wasn’t tough enough,” Trump said, according to the source. “I captured ISIS. Mattis said it would take two years. I captured them in one month.”

The meeting reportedly continued after Pelosi, Schumer and House Majority Leader Steny Hoyer (D-Md.) walked out in response to Trump’s berating. House Minority Leader Kevin McCarthy (R-Calif.) said in a press conference after the meeting that he sees “a pattern of behavior with” Pelosi.

“She storms out of another meeting, trying to make it unproductive,” McCarthy said. “The other Democrats stayed and actually had a very productive meeting.”

Mitch McConnell Prepares For Impeachment Trial In The Senate