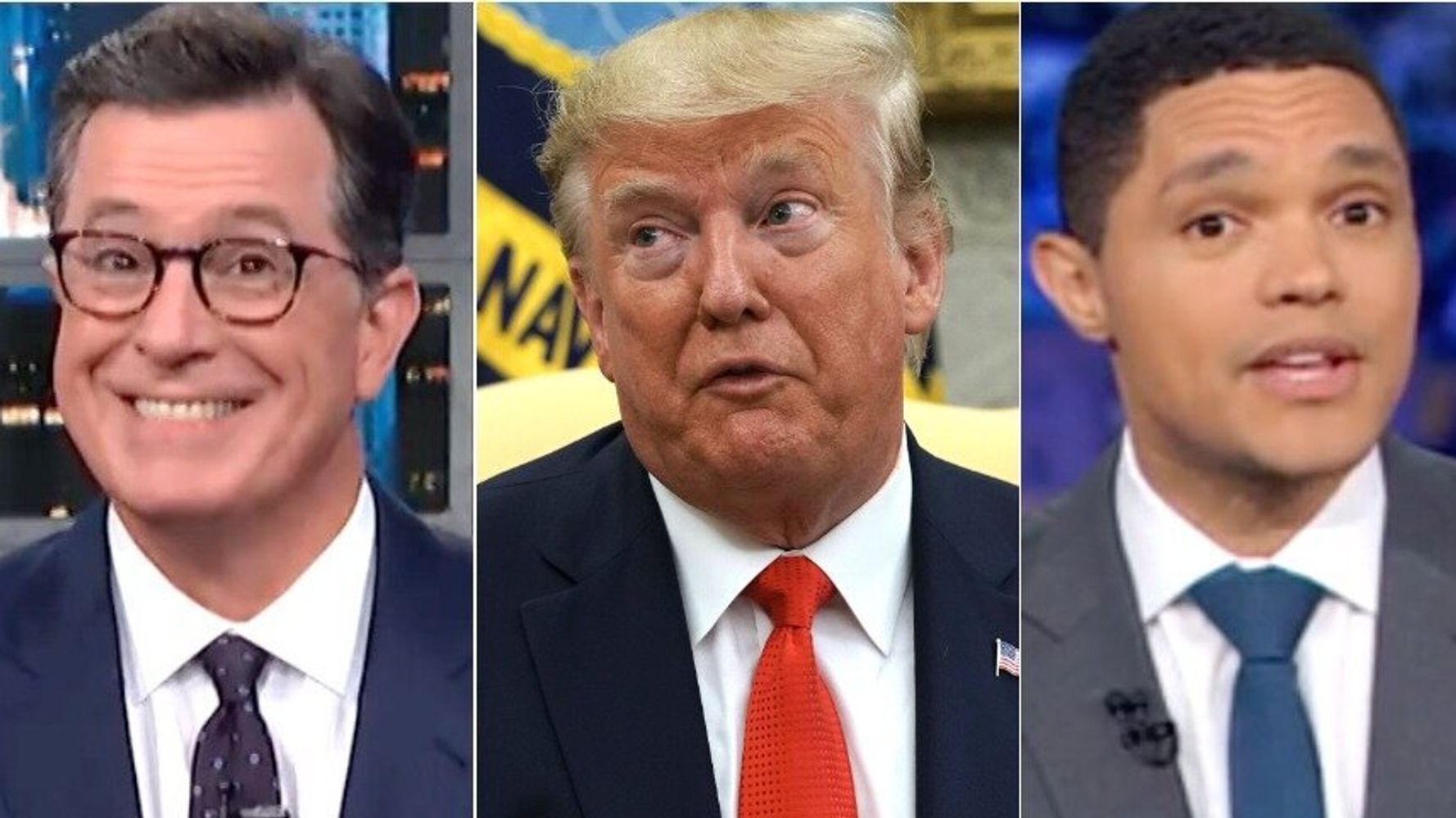 President Donald Trump’s latest flub became the butt of late-night comedy in a matter of hours, with both “Late Show” host Stephen Colbert and “Daily Show” host Trevor Noah mocking him for seemingly forgetting one of his sons.

The odd moment happened during a White House event Wednesday on the dangers of vaping products when the president said first lady Melania Trump was concerned about it because “she’s got a son.”

“‘She’s got a son?’” he asked. “You mean the son she made with you? How on earth does Trump forget that he has a son?”

Noah called him the “world’s worst dad” and compared Trump to Darth Vader… but then said that wasn’t fair.

“At least Darth Vader claimed his son,” he cracked:

TONIGHT: Donald Trump moves to ban flavored e-cigarettes, inspired in part by his wife’s son, who is coincidentally also his own son. pic.twitter.com/ts4LtwlhHD

Meanwhile, over on “The Late Show,” Colbert broke out his Trump impression.

“The first lady has got a son… together! It’s a mutual son, of course, I’m very involved with the doings of it, and so is the first lady, who is a lovely mother, together.”

Then he made a reference to one of Trump’s most famous name flubs of all: