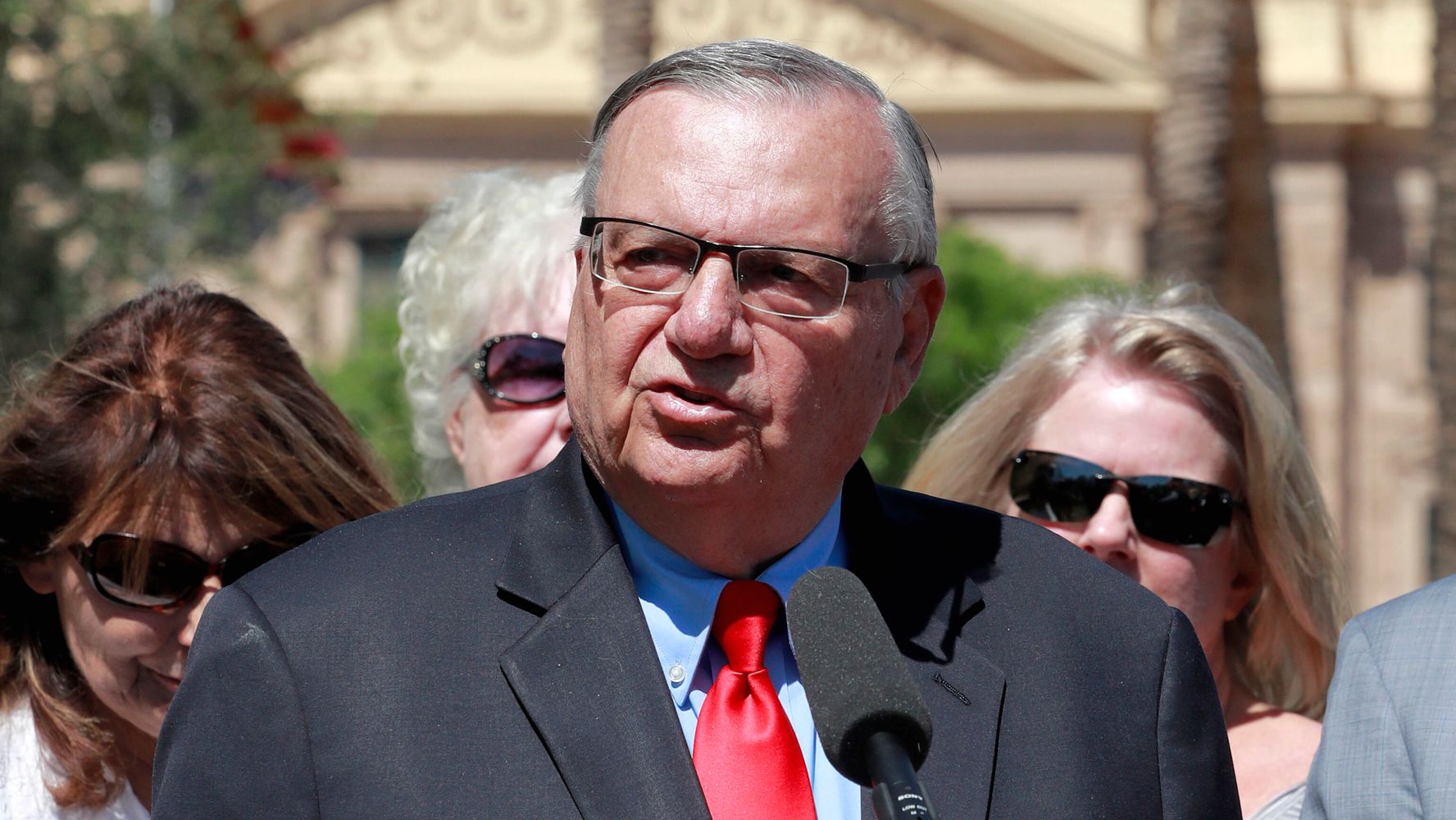 Joe Arpaio, the notorious former Arizona sheriff who was pardoned by President Donald Trump in 2017, on Sunday announced a bid to reclaim his old job in the state’s Maricopa County.

“Watch out world! We are back!” Arpaio, 87, said in a statement. “I will continue to stand and fight to do the right thing for Arizona and America, and will never surrender. Those who break the law will have to deal with this Sheriff.”

Arpaio was convicted of criminal contempt in 2017 for violating a 2011 order that barred him from detaining people based merely on his suspicions about their immigration status. Trump pardoned him a month later, saying that after “fifty years of admirable service to our Nation, he [was] a worthy candidate for a Presidential pardon.”

During his tenure as Maricopa County’s top law enforcement official between 1993 and 2016, Arpaio proclaimed himself “America’s toughest sheriff” and an immigration crusader. Critics pointed out his long history of scandal, including policies that racially profiled Latinos and mistreated prisoners. He also peddled xenophobic conspiracy theories questioning President Barack Obama’s birthplace.

Arpaio lost his 2016 reelection effort in a landslide to Democrat Paul Penzone, as he faced both a fierce opposition campaign and criminal contempt charges. He also lost the Republican primary for a Senate nomination in 2018.

In his announcement Sunday, Arpaio pledged to return the sheriff’s office to its old ways if reelected. His campaign said he planned to bring back his “popular jail policies … and continue to enforce all Arizona laws that deal with drug trafficking, sex trafficking and other crimes associated with the border and illegal immigration.”

Arpaio also said he would re-open the Tent City Jail, an infamous detention facility where inmates were housed outside in tents during Arizona’s blazing hot summer. Prisoners were issued old-fashioned striped jumpsuits and given pink underwear.

The facility was shut down by Penzone in 2017, who called it more of a “circus” than a jail.

“The last four years have proven to be a time of lost opportunities to continue the kind of tough policing this county needs,” Arpaio said Sunday. “Once back in office, I will use my position to restore pride to our law enforcement ranks, not only here, in the fourth-largest county in America, but across the country.”

The former sheriff said he chose August 25th to make the announcement because it was the second anniversary of his pardon, as well as his wife’s birthday.