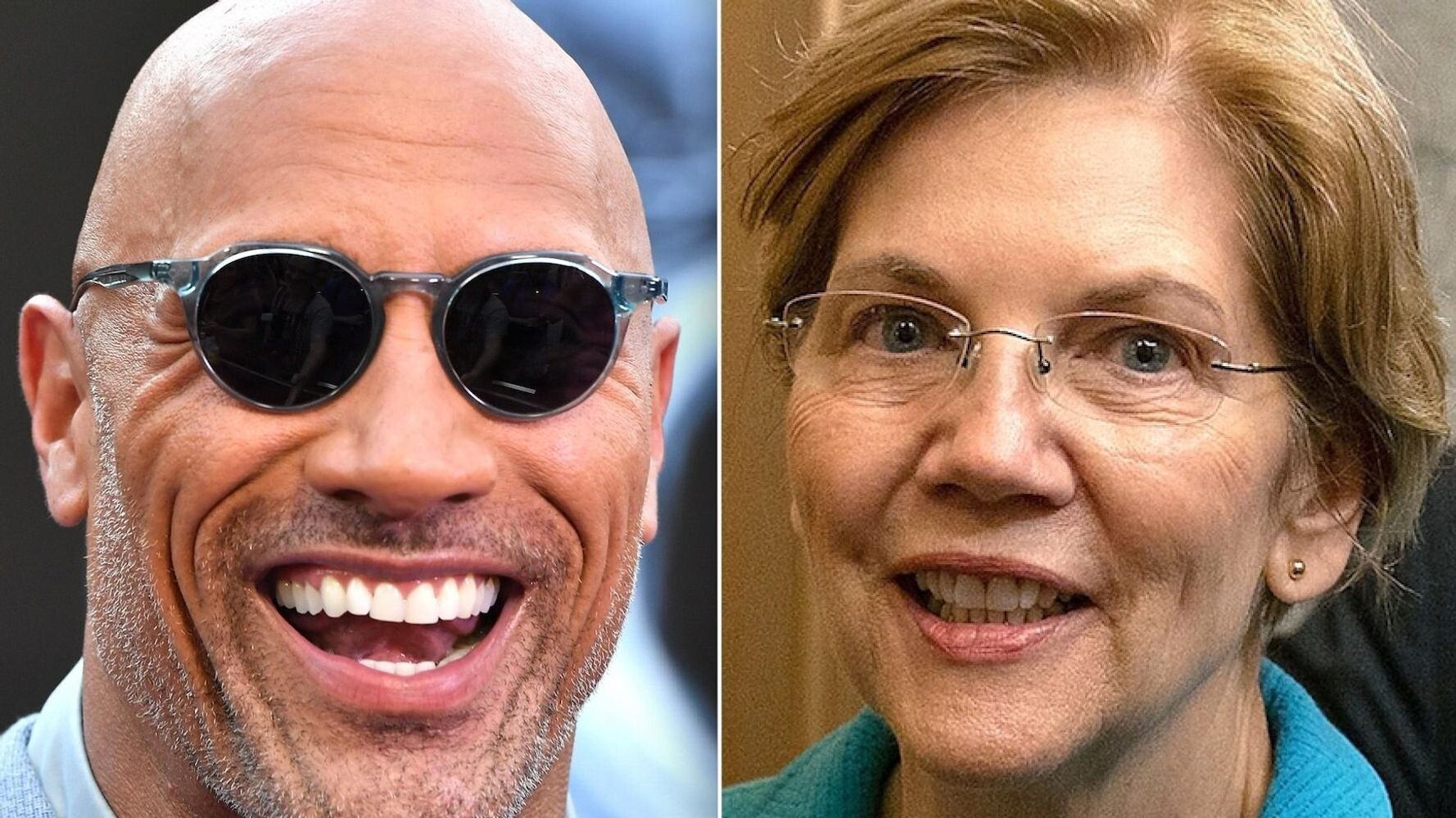 The program may seem like a surprise favorite for the Democratic presidential candidate. But the senator gushed that she “can’t wait” for the premiere Sunday of the series’ fifth — and final — season. She also sent “congrats” to The Rock on his marriage.

The 47-year-old wrestler-turned-action star and longtime girlfriend Lauren Hashian, 34, were married a week ago. The couple, who met in 2006 on the set of “Game Plan,” have two young daughters.

Can’t wait for the Season 5 premiere of @BallersHBO tonight (Bruce and I still can’t believe there won’t be a Season 6). And congrats @TheRock on your marriage!

Johnson tweeted back: “Mahalo, my ballin’ friend. It’s been a helluva run and I’m grateful to the people.” He thanked Warren for the marriage “well wishes” — and “for all your hard work on behalf of our country. ”

Mahalo, my ballin’ friend (thanks Bruce too)
It’s been a helluva run and I’m grateful to the people. Thanks for the 🏀 and ⛓, I mean happy marriage well wishes 😉
Best of luck and thank you Senator for all your hard work on behalf of our country.
Enjoy @BallersHBO tonight 👊🏾 https://t.co/uBjuk6iRTS

Warren and Johnson’s special “Ballers” link popped up two years ago.  Before the fourth season premiere last year, Warren posted part of an interview when she explained what drew her to the show.“Ohh,” she explained, it’s “The Rock.”

Johnson thanked Warren then for “the love” and promised her a “big Rock-sized hug coming when I see ya.”

I appreciate the love Senator Warren. Enjoy our new season tonight and you have a big Rock sized hug coming when I see ya 👊🏾🙏🏾❤️ @BallersHBO https://t.co/C3sS9RtL4Y

Earlier this year, Warren tweeted that she keeps a signed “Ballers” script from her “not so secret crush” on her desk as a reminder to “stay ballin’.”

Happy birthday to my favorite actor and not-so-secret crush @TheRock! I keep this on my desk in Washington to remember to stay ballin’. Send my love to your beautiful family! pic.twitter.com/yxfc8FE5Av