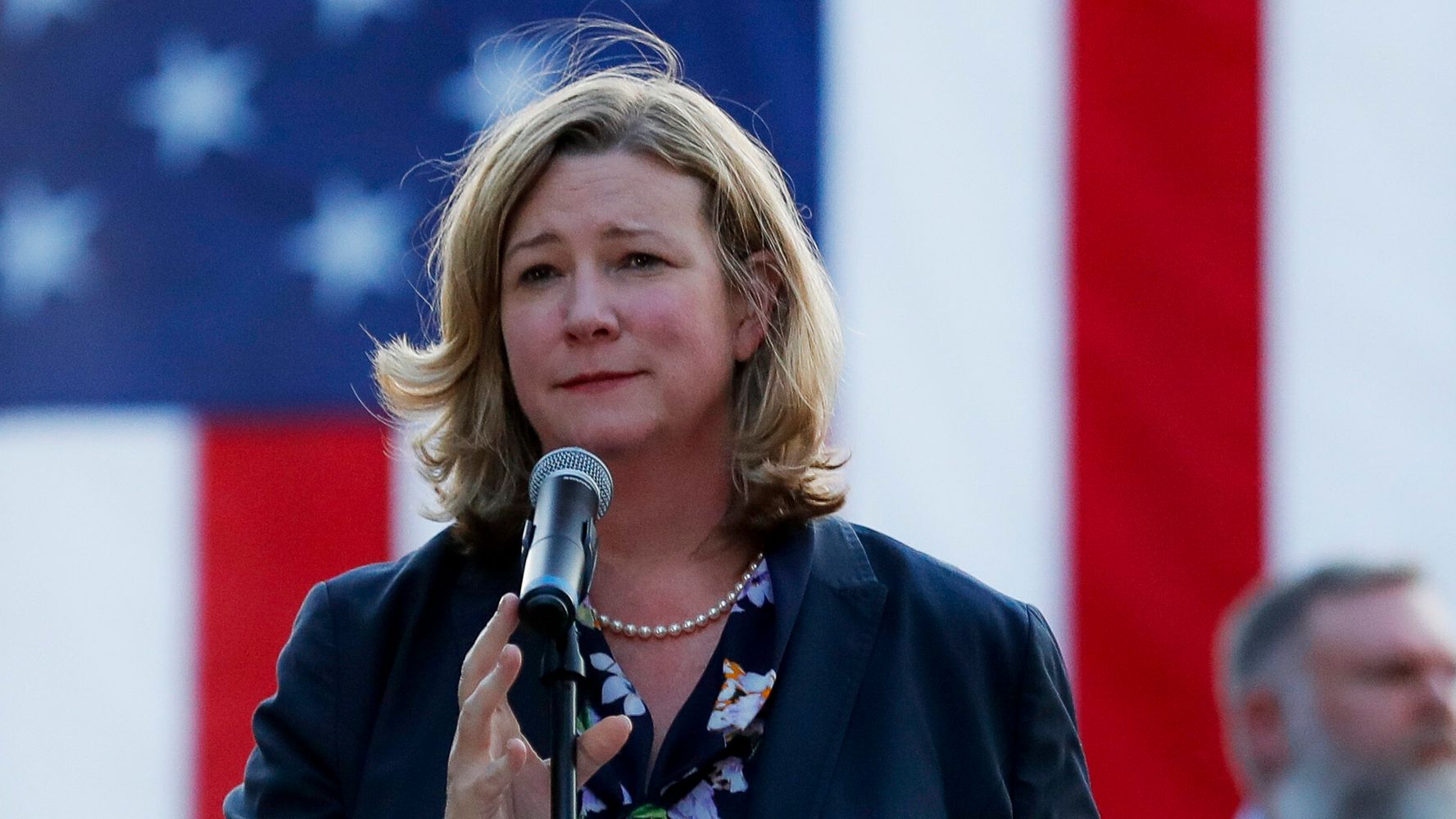 President Donald Trump named the wrong Ohio city in a Monday speech about two mass shootings over the weekend — and the Democratic mayor of Dayton, which lost at least nine people to gunfire in one of the massacres, called him out.

Trump’s remarks came in response to the two deadly mass shootings that occurred over the weekend in Dayton and in El Paso, Texas. But the president incorrectly identified Dayton as another Ohio city: Toledo, which is about 150 miles away.

“I’ve heard that he’s coming Wednesday, but I have not gotten a call,” Dayton Mayor Nan Whaley told reporters in response to reports that Trump may visit the communities affected by the shootings.

“And you know, he might be going to Toledo. I don’t know,” Whaley added.

“I’ve heard that he’s coming Wednesday, but I’ve not gotten a call,” Dayton, Ohio Mayor Nan Whaley said of reports that President Trump may be visiting communities affected by this weekend’s mass shootings.

“He might be going to Toledo. I don’t know” https://t.co/V58mk8FsFU pic.twitter.com/TJXjk9RjDD

Trump’s incorrect reference came at the very end of his official remarks. The president appeared to be reading from a teleprompter during the rest of the address, but a tweet from a Reuters reporter appears to show Trump going off-script at the time of the mistake.

Immediately after the president made the incorrect reference, presidential candidate Rep. Tim Ryan (D-Ohio) responded with a tweet that said, “Toledo. Fck me.” He later told CNN that Trump showed “diminished mental capacity to be able to lead.”

The White House’s official transcript of the speech shows a strike through the words “in Toledo.”

The White House has sent out the official transcript of Trump’s remarks from this morning, with the words “in Toledo” crossed out. pic.twitter.com/BMb8E6gDWE

A 24-year-old white gunman opened fire in Dayton’s downtown Oregon District at about 1 a.m. on Sunday, killing at least nine people, including his own sister, and injuring 27. The suspect, Connor Betts, was armed with a legally obtained rifle with high-capacity magazines. Police killed him at the scene 24 seconds after he began shooting, according to Whaley.

While police continue to investigate a motive, former classmates said Betts had a history of threatening violence, such as making “kill lists” and “rape lists.”

That shooting came just hours after a white gunman killed 22 people and injured dozens more at a Walmart in El Paso, a Texas town that sits on the U.S.-Mexico border and has a large Hispanic population. That gunman, who is now in custody, is suspected of posting a racist, white supremacist manifesto on 8chan before carrying out the attack.

In his Monday remarks, Trump blamed the massacres on white supremacy, mental illness, video games and the internet. But he did not fault his own racist rhetoric or Republicans’ lack of support for gun control, saying, “Mental illness and hatred pull the trigger ― not the gun.”

“I mean, I think the real key is there would be no trigger at all if we didn’t have the gun,” Whaley said Monday on CNN. “I don’t really know why any citizen would need this kind of gun at any time.”

“There’d be no trigger at all if we didn’t have the gun,” says Dayton Mayor Nan Whaley on President Trump’s comment that “mental illness and hatred pulls the trigger, not the gun.” https://t.co/dKPppPX9MZ pic.twitter.com/pzaHTNG7av

Trump’s Largely White And Male Appellate Judges, In One Photo