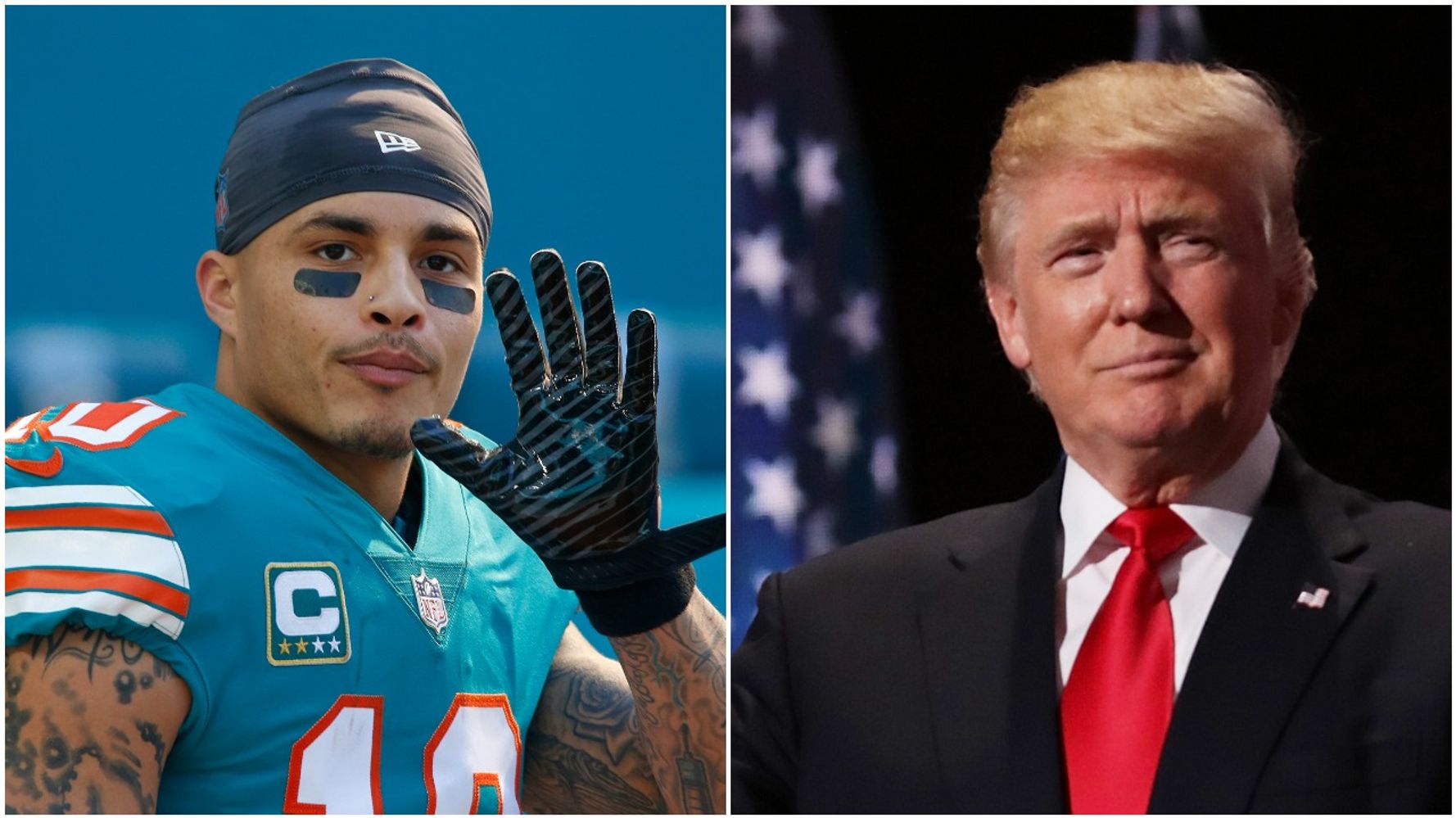 Miami Dolphins wide receiver Kenny Stills has publicly criticized Stephen M. Ross, the team’s chairman of the board and managing general partner, for his decision to host a fundraiser for President Donald Trump’s reelection campaign.

Stills tweeted a snapshot Wednesday from the website of Ross’s national nonprofit, RISE, which aims to educate and empower “the sports community to eliminate racial discrimination, champion social justice and improve race relations,” according to its website.

“You can’t have a non profit with this mission statement then open your doors to Trump,” Stills wrote in his post. He included a link to a tweet citing a Washington Post article with details of the fundraiser.

🤔 You can’t have a non profit with this mission statement then open your doors to Trump. https://t.co/sNBWfEXvLn pic.twitter.com/nNkRf2wJep

According to the Post, tickets for Ross’s fundraiser, which will reportedly be held in The Hamptons in New York on Friday,  are $100,000 for a photo opportunity and lunch, and $250,000 for a package that includes a private roundtable discussion with Trump.

Ross is also the founder and chairman of Related Companies, a real estate firm behind the development of the Hudson Yards, and the owner of brands including Equinox fitness clubs, Equinox hotels and SoulCycle.

The Dolphins, Equinox and SoulCycle have come under scrutiny on social media since Stills’ post Wednesday. Many on Twitter shared the football player’s apparent sentiment that Trump’s policies and public racist statements have actively hurt marginalized communities.

Stills, 27, has been outspoken about social justice issues and has continued to kneel during the national anthem at NFL games to protest all forms of racial injustice long after Colin Kaepernick’s last season. Kaepernick started the peaceful protests at NFL games in 2016.

Trump has been a vocal critic of NFL players who protest social injustice at games. In 2017, the president referred to them as sons of bitches at a rally in Alabama.