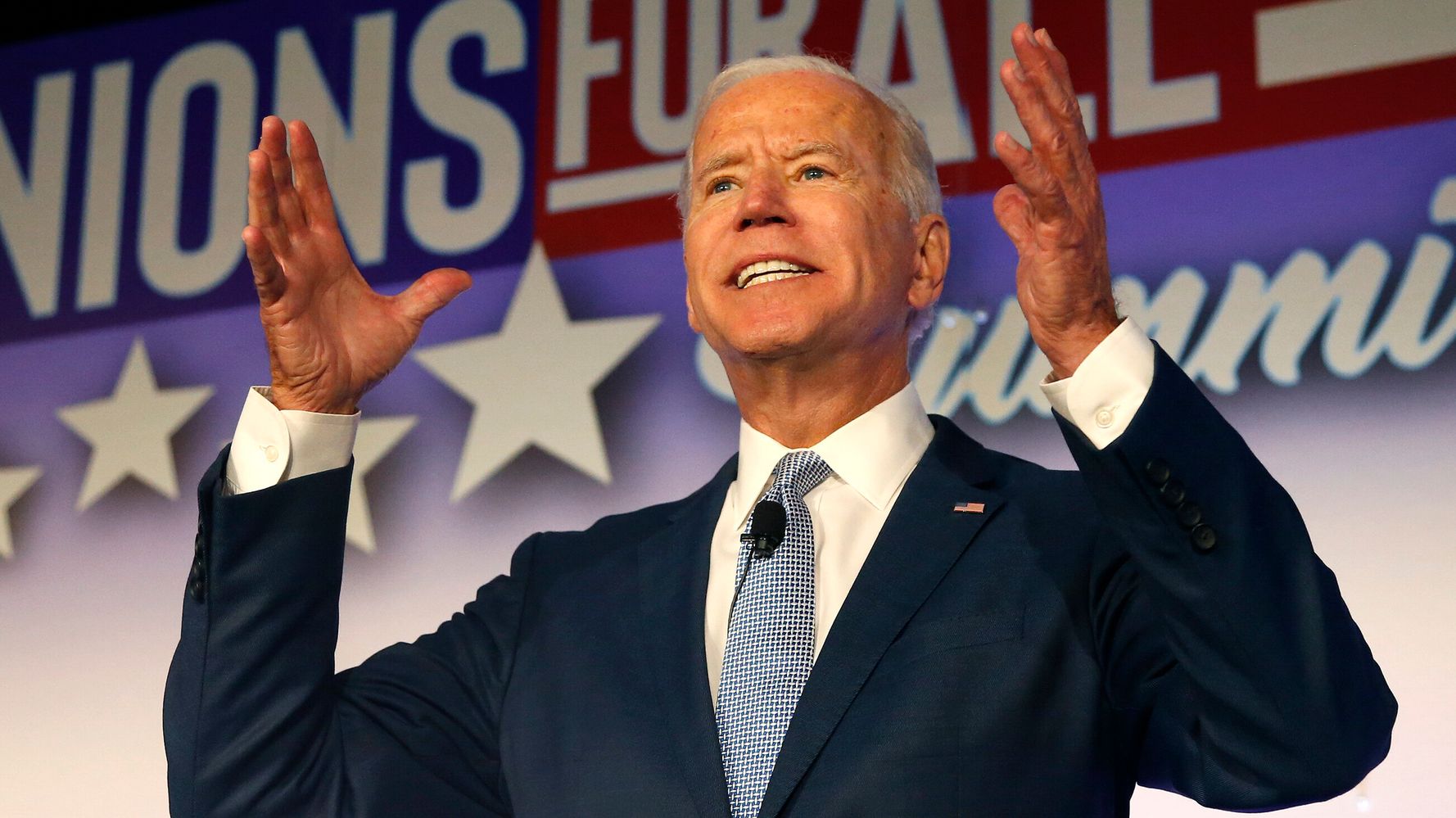 A video ad that falsely accuses Joe Biden of withholding $1 billion in aid to Ukraine to benefit his son has been viewed on Facebook millions of times since its release last month by President Donald Trump’s reelection campaign. Biden, who’s vying for the Democratic presidential nomination, has urged Facebook to take the ad down, arguing that it spreads “objectively false information” and “poisons the public discourse.”

But Facebook, which has come under scrutiny for its role in spreading misinformation during the 2016 presidential election, has reportedly refused to pull the video, citing its “fundamental belief in free expression” and “respect for the democratic process.”

The New York Times, which first reported Facebook’s denial of Biden’s request, reported Tuesday that the social media giant had sent a letter to the former vice president, saying the ad did not violate company policies.

“Our approach is grounded in Facebook’s fundamental belief in free expression, respect for the democratic process, and the belief that, in mature democracies with a free press, political speech is already arguably the most scrutinized speech there is,” Katie Harbath, Facebook’s head of global elections policy, said in the letter, per the Times.

Harbath’s letter echoed a similar sentiment expressed last month by Nick Clegg, a former U.K. deputy prime minister who is now a Facebook vice president, who said in a speech in Washington that it’s not Facebook’s “role to intervene when politicians speak.”

Here’s the letter Facebook sent the @JoeBiden campaign explaining why it allowed Trump to run Facebook ads with false allegations about the VP and Ukraine — @sarahmucha reports. https://t.co/HFMdDqpzXH pic.twitter.com/VbUlW2C6qI

The dissemination of “objectively false information to influence public opinion poisons the public discourse and chips away at our democracy,” Biden campaign spokesman TJ Ducklo told CNN in a statement. “Whether it originates from the Kremlin or Trump Tower, these lies and conspiracy theories threaten to undermine the integrity of our elections in America. It is unacceptable for any social media company to knowingly allow deliberately misleading material to corrupt its platform.”

The Trump ad being contested pushes a conspiracy theory that Biden ― according to a narrator in the clip ― “promised Ukraine $1 billion if they fired the prosecutor investigating his son’s company.”

While it is true that the elder Biden, then serving as vice president, told Ukrainian leaders in 2016 to fire a top prosecutor if they wanted to get the aid, there’s no evidence that this demand had anything to do with his son, Hunter.

The ad has also run on Twitter and YouTube, both told the Times that the ad complied with company policies.

Biden’s campaign told CNN that it “would not rule out sending similar letters” to other social media sites requesting the ad’s removal from their platforms.

On TV, the ad has run on Fox News, which — like Facebook — denied a Biden campaign request to block the clip. CNN, however, has refused to run the ad.

Explaining that decision, a CNN spokesman said last week that the video “makes assertions that have been proven demonstrably false by various news outlets, including CNN.”

Facebook has come under fire from the Democratic National Committee, as well as other 2020 presidential hopefuls, for their refusal to block false statements or ads from political candidates.

On Monday, Sen. Elizabeth Warren (D-Mass.) ― who, along with Biden, is considered a front-runner for the Democratic nomination for president ― criticized Facebook’s policies in a series of tweets.

“The public deserves to know how Facebook intends to use their influence in this election,” Warren wrote.

“For instance, Trump and Zuckerberg met at the White House two weeks ago. What did they talk about?” she added in a subsequent tweet.

Warren suggested that Facebook had tweaked misinformation policies to exempt politicians from fact-checking after this meeting with Trump. As Reuters noted, Warren has not offered any evidence to support this claim.

“There’s no indication that Zuckerberg or Facebook executives have come to terms with the role their unpreparedness played” in the spread of misinformation during the 2016 election, Warren wrote. “Nor have they shown that they understand what needs to be done to prevent another attack in the 2020 election.”

Facebook already helped elect Donald Trump once because they were asleep at the wheel while Russia attacked our democracy—allowing fake, foreign accounts to run ad campaigns to influence our elections.

How Trump And Facebook Are Cashing In On The Impeachment News