Far-Right Trump Fan Bill Mitchell May Have Just Duped Followers Out Of $14,000 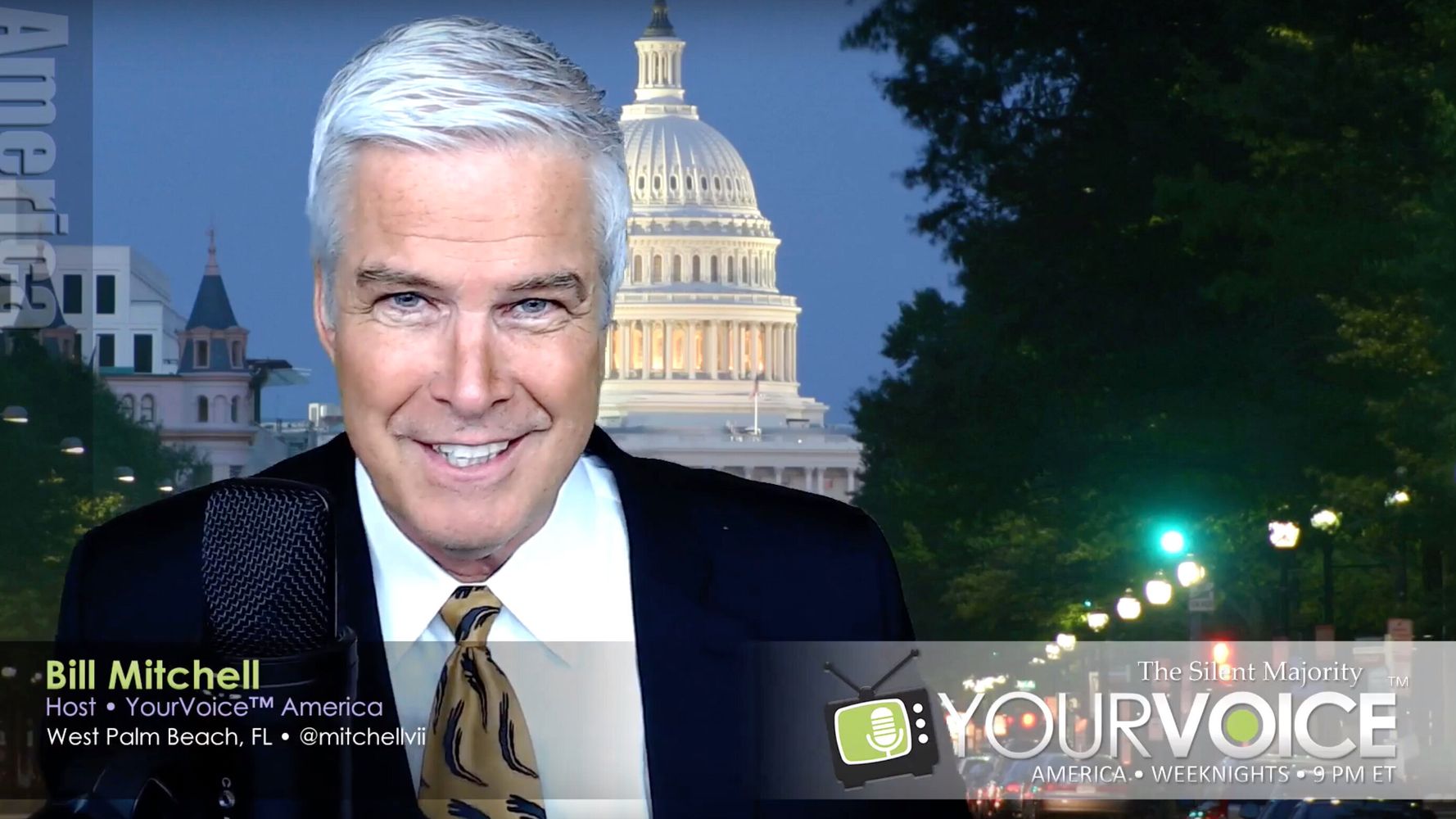 After asking his followers for $15,000 on a GoFundMe page purportedly to move his YourVoice America program from Palm Beach, Florida, to Washington, D.C., he relocated to Miami instead, and no one seems to know where the money went.

It all started in May, when Mitchell announced on his show and in numerous tweets that he was heading for the capital so that he could have direct access to lawmakers and other “movers and shakers” ahead of the 2020 election.

In a handful of posts on Twitter like the ones below, Mitchell asked his viewers to help him foot the bill for the move, which he said would occur within 90 days. For those who wished to donate, he circulated the GoFundMe link.

Hey guys, moving to DC in 90 days to open a new studio for YourVoice™ America to be close to the action for 2020!

If you’d like to support me, please donate at https://t.co/UTI73GtMTU.

Hey guys, I’m moving YourVoice™ America to DC for the 2020 election!! If the show or my Twitter feed have helped you keep your sanity these past four years, please show your support at https://t.co/CDWYj4pcAg .

As of Tuesday, the fundraiser was less than $1,000 shy of its goal, meaning Mitchell may be cashing in on more than $14,000 for a move he never made.

But not everyone is thrilled.

Mindy Robinson, an ultraconservative blogger and host of online talk show “Red White and F You,” asked Mitchell why he “blew” the money in Miami rather than following through on his plans for Washington.

“Don’t you think you should return their money since it didn’t go to what they donated it for?” she asked.

Launching a vehement defense in response, Mitchell said his fundraising page “said NOTHING about DC,” claiming his followers will eventually realize that Miami is better anyhow, using the “Make America Great Again” hashtag.

“I sent a few tweets that mentioned DC but hundreds which did not,” he wrote. “The plan was for DC but Miami is MUCH better for #MAGA as everyone will soon learn but I am not yet free to divulge.”

Thanks for asking. As you can see from the attached, the GoFundMe said NOTHING about DC. I sent a few tweets that mentioned DC but hundreds which did not. The plan was for DC but Miami is MUCH better for #MAGA as everyone will soon learn but I am not yet free to divulge. https://t.co/rKk9HbUU2B pic.twitter.com/2YXmp8oFgX

Despite Mitchell’s repeated attempts at an explanation, criticism poured in from Twitter users who felt they’d been duped, with one wondering whether he had committed fraud.

Wait didnt you just have people donate $15k to you under the impression you were moving your show to DC?

Well, you must have said DC enough times for me to think that you were moving there. Bait and Switch, my most favorable twitter person has fallen off my trust list!

If you don’t use the money where you told the people that donated the money, isn’t that some sort of fraud. It seems only fair to take time to ensure those people who donated, agree with you on where the money will go. If they don’t you should return their donations.

In subsequent tweets Monday, Mitchell revealed that he had accepted an executive media position with search engine Yippy.com, which is headquartered in his new city. He added that he will continue his talk show, declaring that he was about to “blow the doors off the digital and political world,” though no details were given.

In 2016, Mitchell achieved internet fame for his ardent defenses of President Donald Trump that made him a caricature of the far-right, mocked by liberals and applauded by conservatives. Trump himself has retweeted Mitchell at least twice. That year, Mitchell was named 26th on a list of Twitter’s biggest election influencers by the Massachusetts Institute of Technology’s Media Lab.