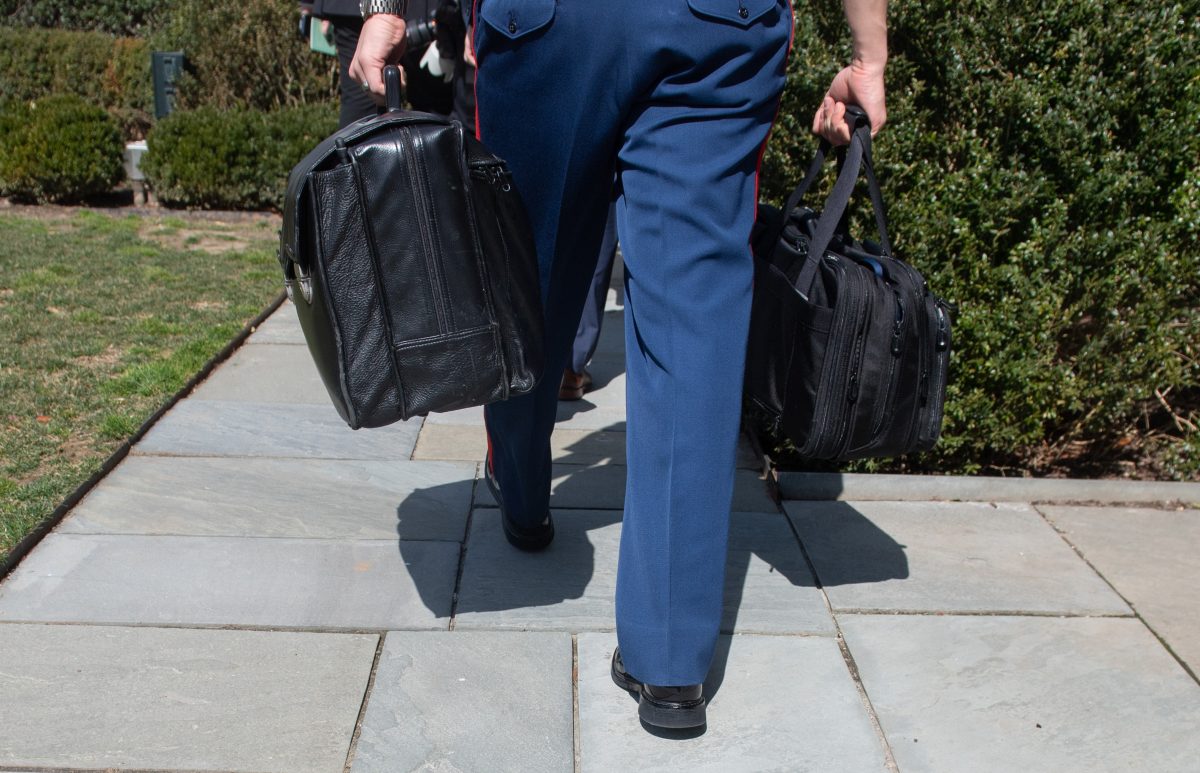 Buzz Paterson, the White House military aide who carried the “nuclear football” information for former President Bill Clinton, said that a member of the intelligence community broke the “circle of trust” by filing a complaint with the Intelligence Community Inspector General about a private phone call President Trump had with a world leader, as well as leaking this information to Congress.

According to media reports, the intelligence official had filed a complaint with the ICIG alleging an inappropriate promise made by the president.

“I was President Bill Clinton’s Air Force military aide from 1996 to 1999,” Patterson told The Epoch Times, explaining that he lived and worked in the White House while serving Clinton.

“When it comes to making or receiving phone calls for the president, I was the call screener for calls when the rest of the staff went home,” Patterson said. “A lot of times it was Russia, occasionally China, sometimes Egypt or the UK.”

“Oftentimes, President Clinton would say would you stay on the line and take notes? The NSC (National Security Council) and State Department would also do that—we would all listen in when the 2 principals talk. Sometimes he would say to me, get me on the line with the (foreign leader) and don’t be on the line. And we would do that. I sat in on or listened to countless phone calls between President Clinton and foreign leaders,” Patterson said.

With the Trump leak, clearly something went wrong, and it’s the responsibility of a person either at the State Department or the NSC.

“Somebody in Trump’s chain apparently has divulged what I would call highly privileged information—somebody in that loop, probably not the military aide—it was either in the NSC or the State Department,” Patterson said. “That means that circle of trust was broken.”

“I never would have even remotely thought to leak conversation material or content. Somebody out there is trying to sabotage the president and commander in chief. That is not how the process is supposed to work. These are people sworn to protect…When you start leaking stuff like that, you become an enemy domestically. I understand the hatred for President Trump is huge, but that is 100 percent out of bounds,” Patterson said.

Patterson said that Trump can and should keep the State Department and NSC off his future calls with world leaders.

“Absolutely, that is 100 percent the president’s privilege,” Patterson said. “He has a much better feel now for the fact he has leakers. Washington DC is a very complex city. So you have a lot of things acting, and oftentimes opposing, you’ve got to figure out the lay of the land. He’s got leakers, he needs to eliminate them,” Patterson said.

“I think he’s looking for leakers and sets people up to be eliminated,” Patterson noted.

“There are a lot of Obama holdovers who are still working in the State Department, White House, Pentagon. They’re not happy their team didn’t work. I was a commander for civil service people in 20 years.  It is really hard to root out civil servants. Hard to root out people who are counter-productive. I think Trump has a lot of people still that don’t want him to last, or be successful in 2020. That’s how DC works,” Patterson said.

“Every president has the absolute authority to do whatever it takes in terms of executive communications, to do the best job in the defense of the country. If people are leaking, there had to be a small group of people on the phone calls,” Patterson said.

Patterson is currently running for Congress as a Republican in California’s 7th U.S. House district.