Rep. Adam Schiff On Trump’s Ukraine Scandal: Impeachment ‘May Be The Only Remedy’ 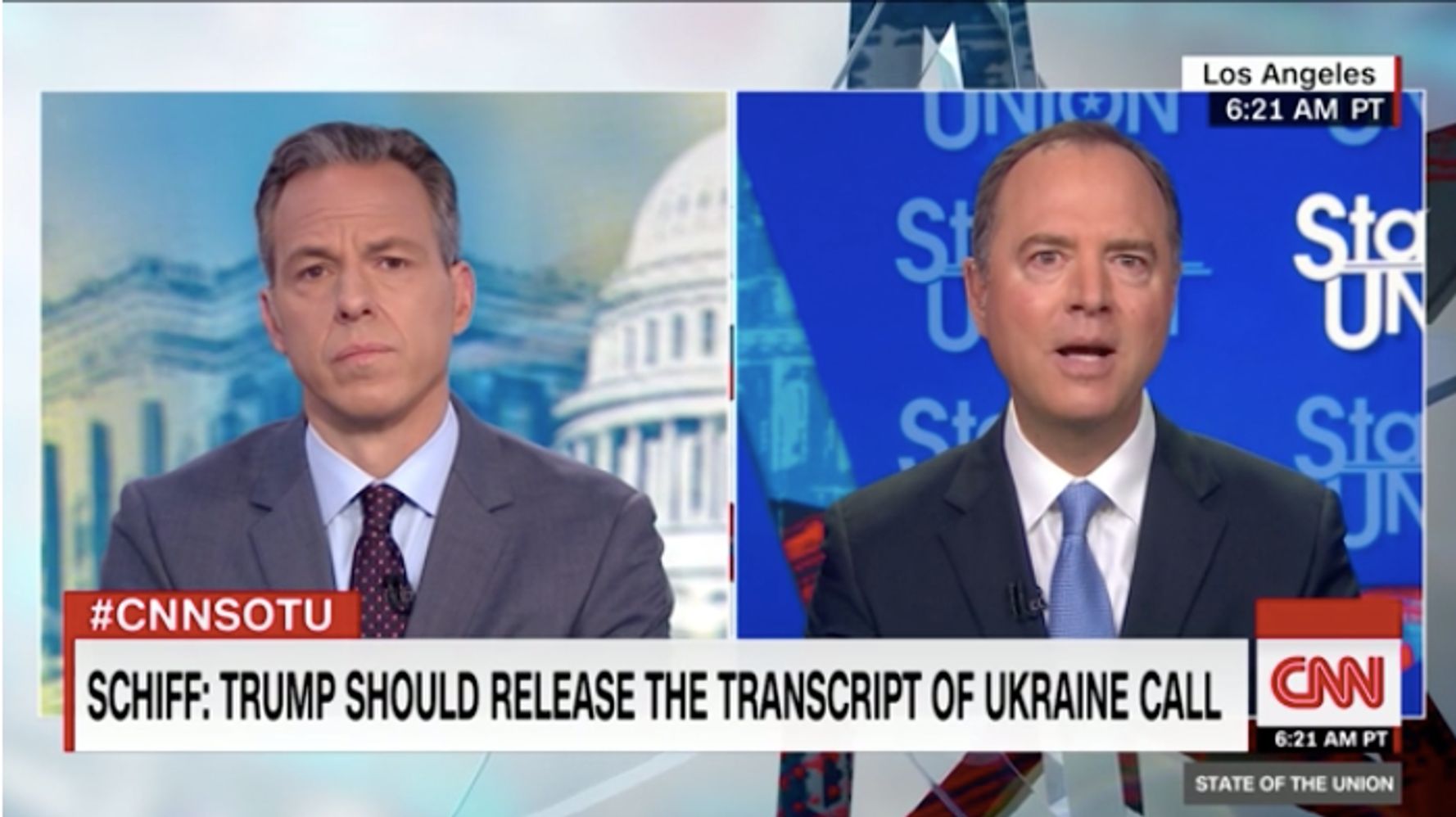 Like House Speaker Nancy Pelosi (D-Calif.), the chairman of the House Intelligence Committee has been reluctant to support an impeachment inquiry into the president, despite calls from many of their fellow Democrats to do so.

Schiff, during an appearance on CNN’s “State of the Union,” said Democrats may have no other choice than to move forward with impeachment if it’s proved that Trump withheld military aid to Ukraine while trying to “browbeat a foreign leader into doing something illicit.”

Impeachment “would be an extraordinary remedy ― a remedy of last resort, not first resort,” Schiff told host Jake Tapper, adding that it “may be the only remedy that is co-equal to the evil” Trump’s alleged conduct represents.

Rep. Adam Schiff says that if the reports about Pres. Trump’s conversation with Ukraine are proven true, then impeachment may be the only “remedy.” “This seems different in kind and we may very well have crossed the Rubicon here.” #CNNSOTU pic.twitter.com/0dsWBXpC6g

The House Intelligence Committee has opened an investigation into a whistleblower complaint filed by a U.S. intelligence official last month involving allegations of dealings between Trump and Ukraine President Volodymyr Zelensky.

The complaint reportedly described a July phone call in which the U.S. president repeatedly urged Zelensky to work with Trump’s personal attorney Rudy Giuliani to investigate Biden’s anti-corruption efforts in Ukraine, according to The Wall Street Journal.

Trump claims Biden called for the removal of a notoriously corrupt prosecutor in Ukraine to impede an investigation into a Ukrainian gas company of which Biden’s son, Hunter, was a member of the board. Ukraine’s prosecutor general has said there’s no evidence of any wrongdoing by Biden.

Trump acknowledged Sunday that he discussed Biden during a phone call with Zelensky but denied having said anything inappropriate. “It was a perfect conversation,” Trump told reporters outside the White House.

The explosive allegations, which could amount to a U.S. president seeking assistance from a foreign government to help his reelection campaign, if true, have reignited calls for impeachment from many Democrats.

Sen. Elizabeth Warren (D-Mass.), another 2020 Democratic presidential hopeful, warned that members of her party are “complicit” in Trump’s actions if they don’t back impeachment.

“After the Mueller report, Congress had a duty to begin impeachment,” she tweeted Friday. “By failing to act, Congress is complicit in Trump’s latest attempt to solicit foreign interference to aid him in US elections. Do your constitutional duty and impeach the president.”

Rep. Alexandria Ocasio-Cortez (N.Y.), one of several progressive House Democrats who have called for Trump’s impeachment for more than a year, echoed Warren’s apparent swipe at Pelosi on Saturday.

“At this point, the bigger national scandal isn’t the president’s lawbreaking behavior ― it is the Democratic Party’s refusal to impeach him,” she tweeted.

But Democratic leadership has so far rebuffed calls from within the party to move forward with impeachment, though the majority of House Democrats have shown public support for opening an impeachment inquiry.

Asked to respond to Democrats who feel their party’s leadership isn’t doing enough to hold Trump accountable, Schiff said he’s focused on persuading the public that impeachment is the appropriate action to take.

“There’s no chance of us persuading the … Senate Republicans in an impeachment trial,” Schiff told CNN. “They have shown their wilingness to carry the president’s baggage no matter how soiled its contents.”

Schiff suggested some Democrats’ longtime support for impeachment doesn’t help their party make the case to the public that such an action would be a last resort. Still, he said, Trump “may force us to go down this road.”

“I have spoken with a number of my colleagues over the last week and this seems different in kind,” he said. “And we may very well have crossed the Rubicon here.”