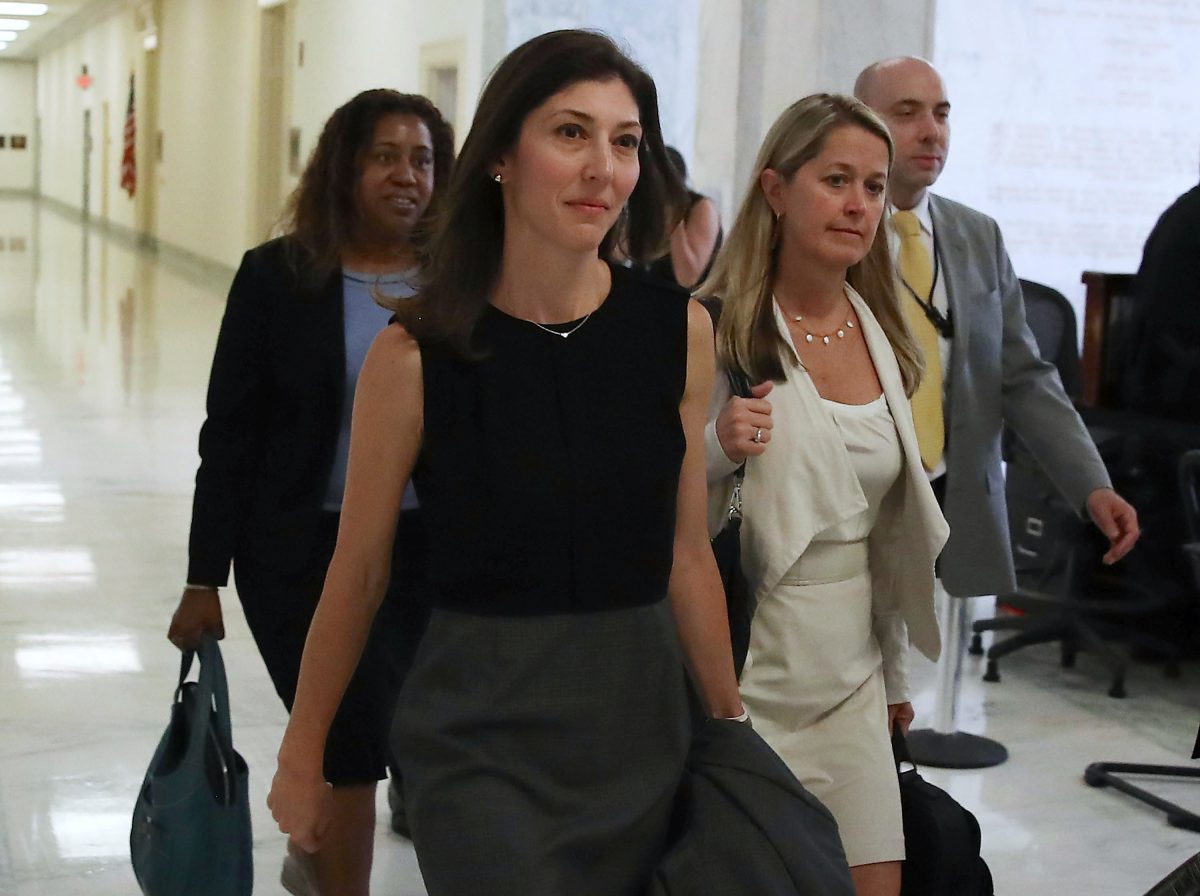 Lisa Page, the former FBI attorney whose biased text messages cast a cloud over the two biggest investigations during the 2016 presidential campaign, made her first public comments in an interview published on Dec. 1.

“It’s like being punched in the gut,” Page told The Daily Beast. “My heart drops to my stomach when I realize he has tweeted about me again. The president of the United States is calling me names to the entire world. He’s demeaning me and my career. It’s sickening.”

Page played key roles in the investigations into Secretary of State Hillary Clinton’s use of an unauthorized email server and allegations of collusion between members of the Trump campaign and Russia to sway the 2016 election. Her text messages with FBI agent Peter Strzok, with whom she was having an extramarital affair, showed intense hatred of Trump and a preference for Clinton, his 2016 presidential rival.

Since their text messages became public in January 2018, Trump and his supporters have criticized Strzok and Page, accusing them of spying on the Trump campaign and orchestrating a coup to derail the presidency after Trump won the election.

Page said she still feels intimidated whenever the president writes about her on Twitter. Trump mentioned Page in a message days before she was interviewed. In July, the president asked why Mueller didn’t investigate Strzok, Page, and a host of other characters involved in the investigation of the Trump campaign.

“And when the president accuses you of treason by name, despite the fact that I know there’s no fathomable way that I have committed any crime at all, let alone treason, he’s still somebody in a position to actually do something about that,” Page said. “To try to further destroy my life. It never goes away or stops, even when he’s not publicly attacking me.”

Justice Department (DOJ) Inspector General Michael Horowitz concluded in a 2018 report that the bias expressed in the Page–Strzok text messages “cast a cloud” over the Clinton email investigation. But Horowitz couldn’t establish that the bias affected any investigative decisions.

Horowitz recently concluded a review of the actions taken by Page and others related to the Foreign Intelligence Surveillance Act (FISA) warrant that the FBI obtained to spy on Trump campaign associate Carter Page. The core of the evidence in the application for the FISA warrant consisted of unverified claims in a dossier composed by Christopher Steele, a former British spy. Steele paid second- and third-hand sources with ties to the Kremlin to obtain the information for the dossier. Clinton’s 2016 presidential campaign and the Democratic National Committee funded Steele’s work, a fact the FBI and DOJ omitted from the warrant application.

Attorney General William Barr assigned a federal prosecutor earlier this year to investigate the surveillance of the Trump campaign, which wasn’t limited to the FISA spying. The prosecutor, John Durham, has reportedly recently shifted the inquiry into a criminal investigation.

Page said that the fact that she was having an affair was leaked to the press, despite assurances from Horowitz that the matter would remain secret.

“So now I have to deal with the aftermath of having the most wrong thing I’ve ever done in my life become public,” said Page, who is married, with two small children. “And that’s when I become the source of the president’s personal mockery and insults.”

Page accused the DOJ of selectively leaking some of her text messages to reporters in late 2017. She also said she feels like the department has “abandoned its principles of truth and independence,” and that she was betrayed by the FBI.

The Justice Department didn’t respond to a request from The Epoch Times for comment.

In their text messages, Page and Strzok expressed animus toward Trump, spoke of stopping him from becoming president, discussed an “insurance policy” in the “unlikely event” he won the presidency, and mulled “impeachment” after the appointment of special counsel Mueller.

“Those texts were selected for their political impact. They lack a lot of context. Many of them aren’t even about him or me,” Page said.

“It’s very painful to see to places like the FBI and the Department of Justice that represent so much of what is excellent about this country, not fulfilling the critical obligation that they have to speak truth to power.”

“The thing about the FBI that is so extraordinary is that it is made up of a group of men and women whose every instinct is to run toward the fight. It’s in the fiber of everybody there. It’s the lifeblood. So it’s particularly devastating to be betrayed by an organization I still care about so deeply.”

The DOJ inspector general was ultimately unable to recover a significant portion of the Page–Strzok text messages. An unidentified person wiped Page’s phone days after Mueller learned of her text messages. The device then went missing for 14 months before another DOJ unit located it and turned it over to the inspector general, who was unable to recover any data. Trump mentioned the missing texts in his response to Page on Twitter on Dec. 2.

“When Lisa Page, the lover of Peter Strzok, talks about being ‘crushed,’ and how innocent she is, ask her to read Peter’s ‘Insurance Policy’ text, to her, just in case Hillary loses. Also, why were the lovers text messages scrubbed after he left Mueller. Where are they Lisa?” the president wrote.

Page chose to give her first public interview to Molly Jong-Fast, a writer notorious for extreme anti-Trump views. The article, which isn’t labeled as an opinion piece, makes a number of unsubstantiated claims, including that Trump “corrupted the government to serve his will and his whims.”

The White House didn’t respond to a request for comment.