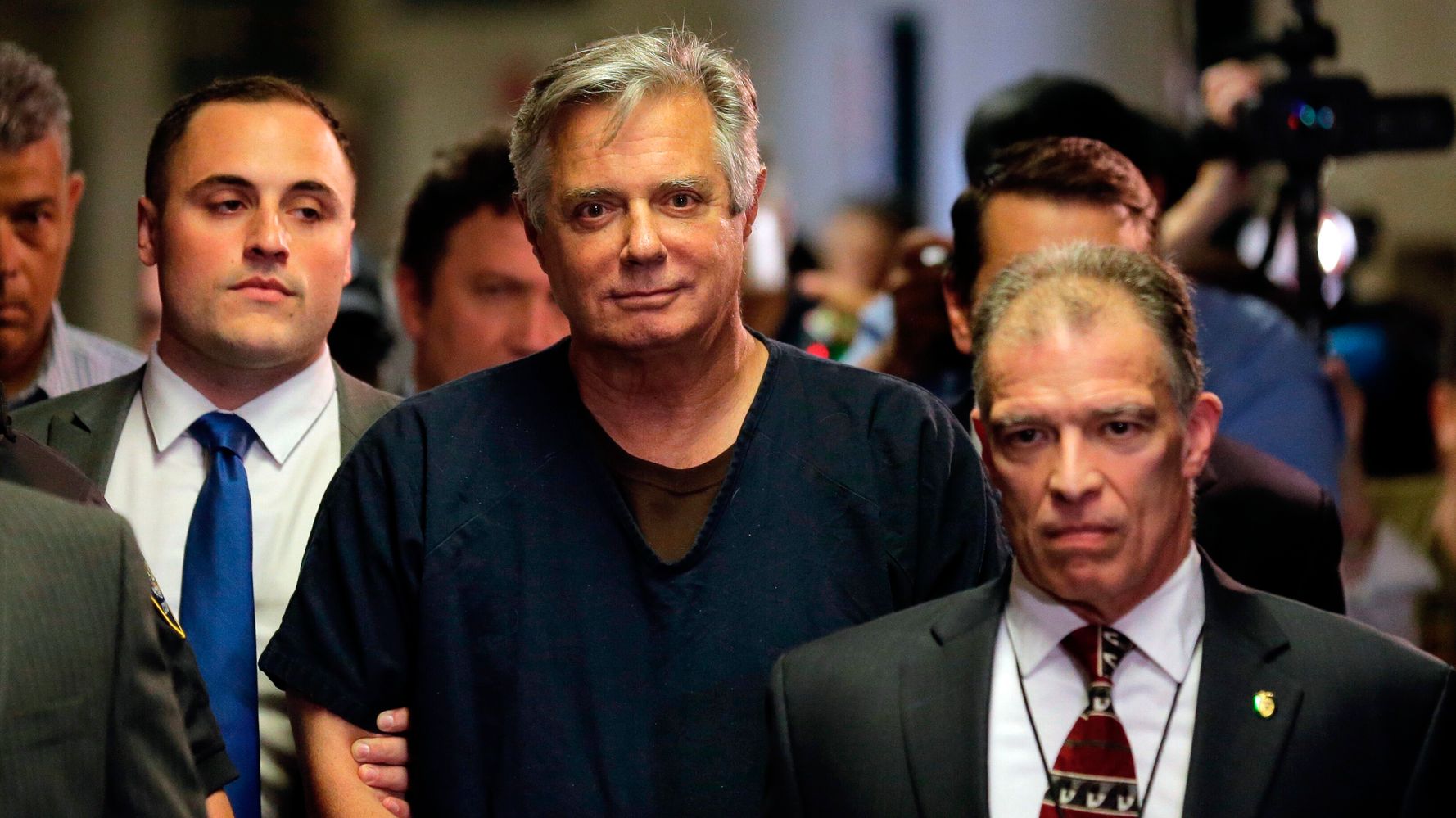 Citing an interview with Giuliani himself, The Washington Post reported on Wednesday that the former New York mayor admitted to contacting Manafort via the prisoner’s lawyer several times in recent months. Manafort is serving a 7½-year term in a Pennsylvania federal prison for bank fraud, tax fraud and other charges stemming from special counsel Robert Mueller’s probe into Russian interference in the 2016 election.

Giuliani said he’d reached out to Manafort to determine the veracity of a secret black ledger that allegedly recorded illegal cash payments to Manafort from former Ukrainian President Viktor Yanukovych.

Giuliani told the Post that he was keen to look into the matter because he believes the black ledger never existed and was concocted by Democratic operatives ― with the support of U.S. authorities ― in order to take Manafort down.

If one wanted to dabble in some extra-judicial behavior in Ukraine, it would make sense to contact former Trump campaign chairman and current federal inmate Paul Manafort https://t.co/JfPagl3Yhf

The Post’s report offers a glimpse into the efforts that Giuliani — who’s also become a central figure in the House impeachment investigation related to Trump’s controversial phone call with current Ukrainian President Volodymyr Zelensky — has undertaken to falsely reframe the narrative of the 2016 election.

Specifically, Giuliani has been pushing a conspiracy theory that it was Ukraine, and not Russia, that interfered in the election. Mueller and the U.S. intelligence community concluded Russia plotted to influence the election to help Trump win.

On Monday, Giuliani told Fox News’ Sean Hannity that Ukrainian officials had conspired with Democrats, including Clinton and former U.S. President Barack Obama, to dig up dirt on Trump.

“Wake up, Democrats. You are covering up corruption,” Giuliani told Hannity, hours after being issued a subpoena by House Democrats for records related to his dealings with Ukraine.

“By the time this is over, you’re going to be the party of corruption,” Giuliani said.

Giuliani begins his Hannity interview by pushing a conspiracy theory about Obama and Hillary Clinton colluding with Ukraine to dig up dirt on Trump in January 2017 — which doesn’t make much sense since the presidential election had come and gone by then pic.twitter.com/08yHvUYcgJ

The Post’s exposé on Giuliani corroborates earlier reports by The New York Times and NYR Daily about the attorney’s correspondence with Manafort.

The Times reported last month that Giuliani had “consulted with Manafort’s lawyers about ways to raise doubts about the ledger as a means to question the special counsel’s investigation.”

Investigative journalist Murray Waas, writing for NYR Daily, reported that Giuliani had spoken to Manafort’s legal team on at least three occasions about “how the White House was pushing a narrative that the Democratic National Committee, Democratic donors, and Ukrainian government officials had ‘colluded’” against Trump in 2016.

“This story has since been debunked as baseless, though that has not prevented Trump, Giuliani, and other surrogates in conservative media from repeatedly pushing the story,” Waas noted.

The Manafort-linked ledger that Giuliani was interested in was first reported by the Times in 2016.

The ledger allegedly recorded $12.7 million in illegal cash payments from Yanukovych ― described as a “stooge” of Russian leader Vladimir Putin ― to Manafort; the news prompted questions about the Trump campaign’s potential ties to the Kremlin and ultimately led to Manafort’s resignation.

Giuliani told the Post that he recently asked Manafort’s lawyer whether “there really [was] a black book.”

Manafort responded that there wasn’t, Giuliani claimed ― a response that the attorney suggested supported his theory about the ledger having been invented by U.S. authorities as a pretext to open a case against Manafort.

As the Post noted, however, the FBI already had a case against Manafort long before the 2016 campaign, and the ledger was mentioned neither by the special counsel’s office nor by Manafort’s defense team during his criminal trials.

Rudy Giuliani told us tonight that some of the documents provided to Congress by the State Department’s inspector general originated with him. “They told me they were going to investigate it,” Giuliani told ⁦@MichaelRWarren⁩ https://t.co/LmfdrFw4Pj

The Post’s report about Giuliani’s correspondence with Manafort dropped the same day that the attorney admitted to providing documents to the State Department that included conspiracy theories related to Democratic presidential hopeful Joe Biden and Marie Yovanovitch, who until recently was the former U.S. ambassador to Ukraine.

The chairs of the House Intelligence, Foreign Affairs and Oversight committees later said in a statement that the packet contained “disinformation, debunked conspiracy theories, and baseless allegations.”

“These documents … reinforce concern that the President and his allies sought to use the machinery of the State Department to further the President’s personal political interests,” the three committee chairs wrote.

Giuliani admitted to CNN that he’d sent some of the documents in the packet, including an “outline” of allegations against Biden and Yovanovitch, to Secretary of State Mike Pompeo’s office.

Giuliani claimed Pompeo had contacted him about the documents and had told him the State Department was “going to investigate.”