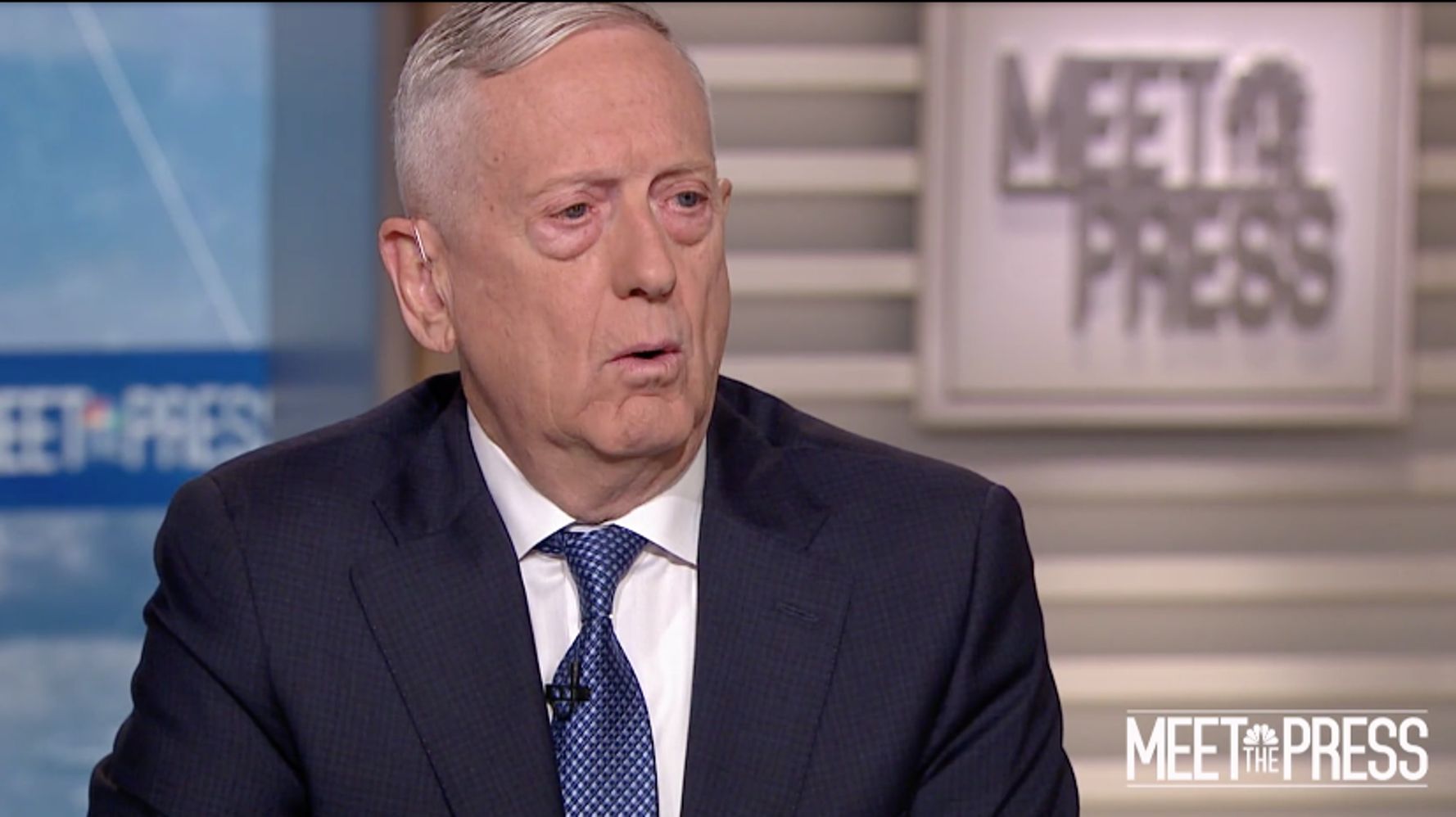 Mattis, who resigned in January after Trump announced he planned to abruptly withdraw U.S. forces from Syria, has been reluctant to forcefully speak out against the president, saying military officials shouldn’t be political.

But asked about Trump and his apparent decision to greenlight Turkey’s military assault on the Kurds, Mattis said his resignation says it all.

“I have my private, my personal concerns,” Mattis said during a taped interview with NBC’s “Meet The Press” that aired Sunday. “I keep those private. … The defense of the country is non-partisan so we have to stay out of those sorts of discussions.”

He then pointed to his resignation letter, in which he urged Trump to maintain strong allies and show them respect, to understand his current stance.

“Only in Washington, D.C., could a public resignation over a matter of policy, a matter of principle, with a page-and-a-half letter explaining why be considered careful,” Mattis told host Chuck Todd.

“It talks about our security being tied inextricably to our alliances,” he said of his resignation letter, which prompted panic from Democrats and some Republicans when it was made public. “I don’t know what more I could say about how I think we ought to treat allies and how I think we should treat those who are adversaries.”

TODAY: Former Defense Secretary James Mattis says to know how he feels about the current situation in Syria, read his resignation letter.

“It’s a page and a half long. It talks about our security being tied inextricably to our alliances. I don’t know what more I can say.” #MTP pic.twitter.com/VfUgZR2pMx

Over 130,000 people have been displaced since Thursday and hundreds of fighters from the self-described Islamic State, also known as ISIS, have escaped as Turkish-led forces targeted Syrian border towns held by Kurdish militia. Turkish-backed Arab fighters have also killed several Kurdish captives as well as Hervin Khalaf, the head of a Kurdish political party.

Foreign policy experts, including Brett McGurk, a former U.S. envoy to the global anti-ISIS coalition who resigned last year in protest of Trump, have warned that Trump’s decision not to defend the Kurds is highly immoral and threatens national security.

Mattis, during his interview with NBC, warned that ISIS will “absolutely” reemerge if the U.S. doesn’t keep the pressure on in Syria.

“ISIS is not defeated,” he said. “We may want a war over. We may even declare it over. … But the enemy gets a vote, as we say in the military. In this case, if we don’t keep the pressure on, then ISIS will resurge.”

He said it’s going to be “very difficult” for the U.S. to save face after Trump’s decision to withdraw.

“You turn issues like this around based on trust,” Mattis said. “And re-instilling trust is going to be very difficult for the Americans at this point.”

He added: “America’s aways safer when it builds the trust and a sense of reliability among our allies.”