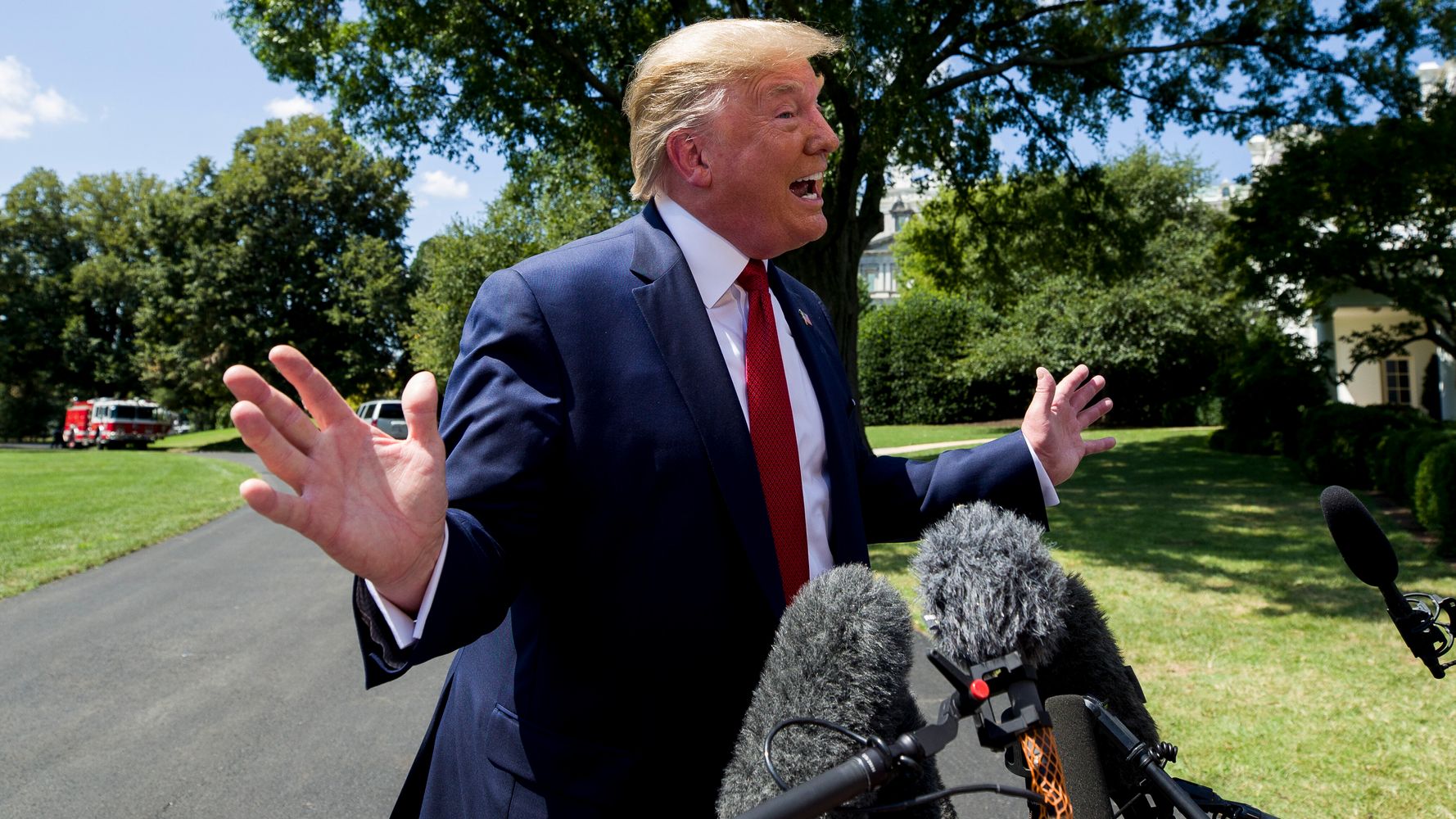 Several prominent American Jewish organizations and leaders have decried President Donald Trump’s suggestion this week that Jews who vote for Democrats show “either a total lack of knowledge or great disloyalty.”

The president first made the remarks Tuesday and on Wednesday reiterated that he believes Democrat-leaning Jews were being “disloyal” to Jewish people and to Israel.

Jewish leaders quickly pointed out that accusing Jews of disloyalty is itself a common anti-Semitic trope.

Jonathan Greenblatt, CEO of the Anti-Defamation League, said Wednesday that charges of disloyalty long have been used to marginalize or attack Jewish people. He called the president’s comments anti-Semitic.

Let’s be clear: What @POTUS said was #antiSemitic. The charge of disloyalty or dual loyalty has been used against Jews for centuries. Almost a year after the #Pittsburgh shooting, as #antiSemitism continues to rise, it’s bewildering that we still need to have this conversation. https://t.co/siRhdAvlSI

According to the ADL, statements about a dual loyalty for Jewish people suggest that their “true allegiance is to their coreligionists around the world or to a secret and immoral Jewish agenda.”

In Europe, Jews were accused for centuries of not being sufficiently loyal to the nations in which they lived, Greenblatt said. These charges were used to justify their persecution or marginalization.

Anti-Semites have also peddled conspiracy theories about Jews’ links to social and political movements, such as Marxism or Communism, according to the ADL.

During the 1930s, the Nazis painted German Jews as inherently disloyal to Germany ― using this stereotype and other racist arguments to justify the persecution of Jewish people that led to the Holocaust.

More recently, the stereotype has morphed into assertions by some that Jews are more loyal to Israel than the various countries in which they reside, the ADL said.

“The observation that Israel is important to many American Jews becomes anti-Semitic when it is used to impugn Jewish loyalty or trustworthiness,” an ADL article about the stereotype states.

Trump made his initial remarks on the matter while speaking to reporters in the White House’s Oval Office on Tuesday about Israel barring the entry of Reps. Ilhan Omar (D-Minn.) and Rashida Tlaib (D-Mich.) because of their criticism of its policies towards Palestinians. Trump railed against Democrats for “defending these two people over the state of Israel.”

On Wednesday, the president insisted to reporters that his statements about Democrat-leaning Jews were not anti-Semitic.

He also quoted a conservative radio host, Wayne Allyn Root, who claimed in a Tuesday night Newsmax broadcast that Trump was the “greatest President for Jews” and that Israelis love him like he is the “King of Israel” and the “second coming of God.” Trump had earlier retweeted Root’s claim.

Jews do not believe in a second coming. Although Root refers to himself as Jewish, he also converted to evangelical Christianity ― which spurred some Jewish leaders to push back on his attempts to speak for American Jews.

This messianic screed was written by a Christian conspiracy theorist who said Trump should be called “the first Jewish President.” Clearly, Trump’s real audience is Evangelicals, not Jews. 3/4 of Jews don’t support Trump b/c his policies and words are antithetical to our values. pic.twitter.com/7voUMxiE5A

The Republican Jewish Coalition has defended Trump’s statements ― insisting that the president is talking about “caring about the survival of the Jewish state.”

We take the President seriously, not literally. President Trump is pointing out the obvious: for those who care about Israel, the position of many elected Democrats has become anti-Israel. 1/2

Still, a broad array of Jewish organizations and leaders joined in condemning the president’s remarks.

For @POTUS to assert that Jews who vote Democratic show “disloyalty” is outrageous.

This is a free country. Jews aren’t a monolithic bloc, nor single-issue voters.

Some will vote Democratic, others Republican. As Americans, that’s their right.

Please keep loyalty out of it. https://t.co/nlZQhTbroG

We are sick and tired of Trump’s repeated use of anti-Semitic tropes and his inciting of hate and violence against Jews.

The Jewish community is less safe today because of Donald Trump. https://t.co/M4oEZGyk9o

Mr. President, believe it or not, we are Americans @realDonaldTrump Just STOP, now, please! https://t.co/ykRlrn0P9D

It is dangerous + shameful for Trump to attack the large majority of the American Jewish community as unintelligent + disloyal.
But it’s no surprise that his racist attacks on progressive women of color in Congress have now turned into smears against Jews.https://t.co/NZPpLM1yK1

Trump is screaming the quiet part out loud.

For years — as a candidate and now as President — he has demonstrated his vicious antisemitism and belief that Jews aren’t real Americans. https://t.co/CVgWIPNmFU

American Jews – and all faith communities – have the right to vote w/o fear of persecution & intimidation. That is the definition of democracy. Free thought & religious freedom cannot be discarded b/c of political whims. American Jews will not be used as Trump’s political pawns.

Nearly 80% of American Jews voted Democratic in the 2018 midterm elections, according to the Pew Research Center.

Rabbi Jonah Pesner is a leader within Reform Judaism, America’s largest Jewish denomination. He called Trump’s comments about disloyalty  “irresponsible and dangerous,” and pleaded with the president to stop using the American Jewish community to score political points.

Suggesting that Jews are disloyal for exercising the right to vote is irresponsible and dangerous. Political and religious freedom are hallmarks of this nation and protect people of all faiths and no faith. Stop using the Jewish community to score political points.