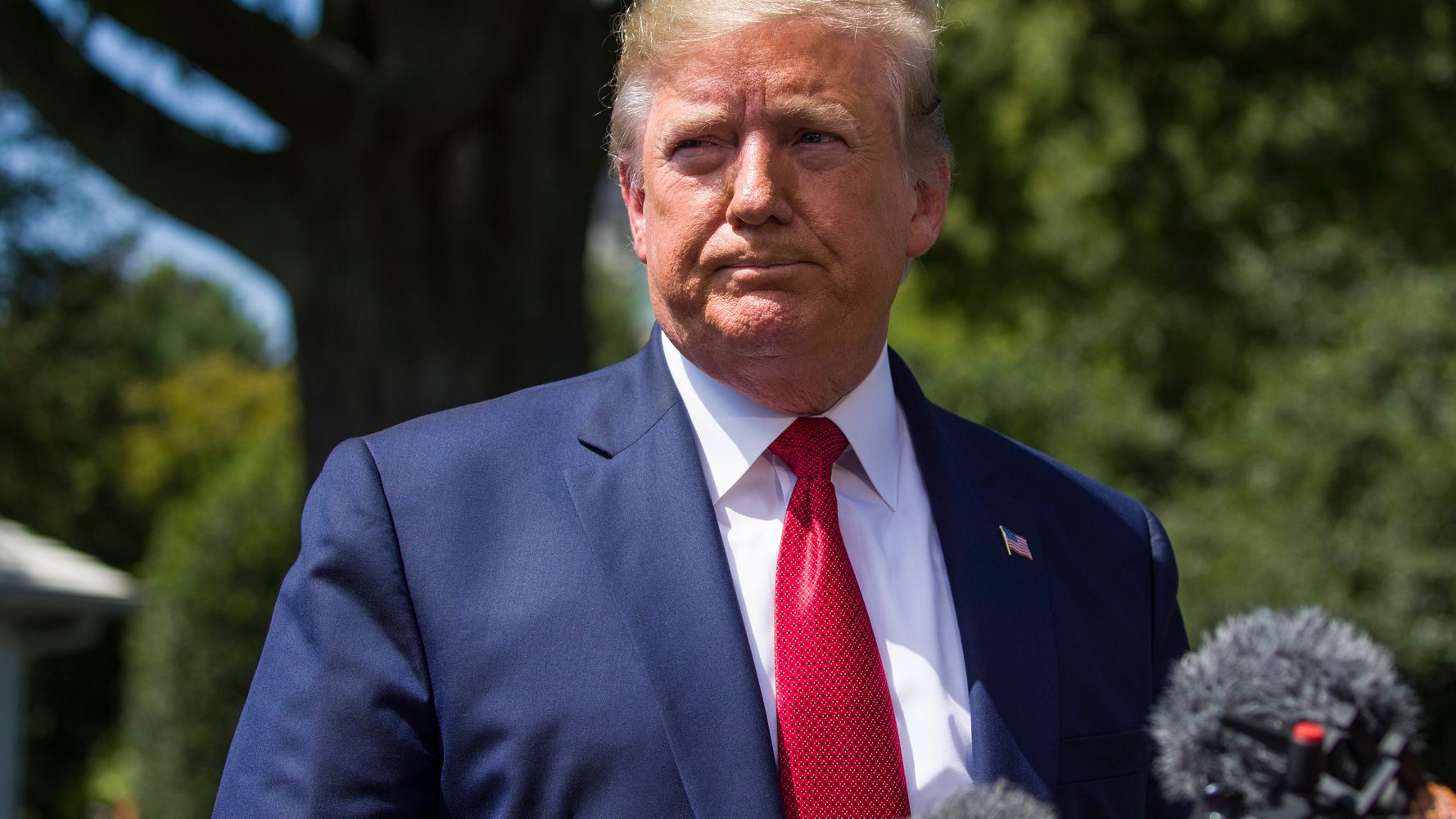 President Donald Trump insisted Wednesday that he doesn’t want another tax cut, a day after the White House signaled that the economy could use a little help.

“I am not looking at a tax cut now,” the president told reporters in a reversal. “We don’t need it because we have a strong economy.”

Trump and his administration signaled through news reports earlier this week that they might favor a payroll tax cut as a way of strengthening the economy. Some economists think a recession could be around the corner.

The president’s comments Wednesday suggest he realized it might be weird to go for another round of tax cuts. After all, he has previously said the tax bill he signed in December 2017 “unleashed an economic miracle.” Asking for another tax cut would be a tacit admission that the first tax cut might have been less than miraculous, and that the economy isn’t so strong.

Even worse, a payroll tax cut is something that had been done by Barack Obama, the president whose legitimacy Trump has denied for years.

“President Obama did that in order to artificially jack up the economy,” Trump said Wednesday, before complaining that the economy under Obama got more favorable interest rates from the Federal Reserve.

“President Obama did two payroll tax cuts,” Trump said. “Despite that, I have a much stronger economy.”

In 2011 and 2012, Congress cut payroll taxes by 2 percentage points to increase consumer spending at a time of high unemployment, one of several fiscal policies enacted in the wake of the Great Recession. Partly as a result of those efforts, Trump inherited a better economy with much lower unemployment.

The Republican Tax Cuts and Jobs Act, which Trump signed, cut taxes for the vast majority of households, but especially for corporations. The Congressional Budget Office reported in May that in its first year, the new law had done hardly anything for workers or for economic growth in general.

One major result of the tax cuts, however, is that the government is bringing in much less revenue. The CBO reported Wednesday that the federal budget deficits will exceed $1 trillion starting next year. Part the deficit comes from increased spending; part comes from the trillion-dollar cost of the tax cuts.

Trump on Wednesday also disowned the idea of cutting capital gains taxes, saying it would overly benefit the rich. The White House has repeatedly signaled that it likes the idea.

Trump said on Tuesday that he was considering both the payroll tax cut and indexing capital gains to inflation.

“Payroll tax is something that we think about and a lot of people would like to see that, and that very much affects the working ― the workers of our country,” Trump said then.

Thanks To Trump, Both #ChosenOne And #Antichrist Are Trending On Twitter