Joe Biden: No Family Members Would ‘Have An Office’ In My White House 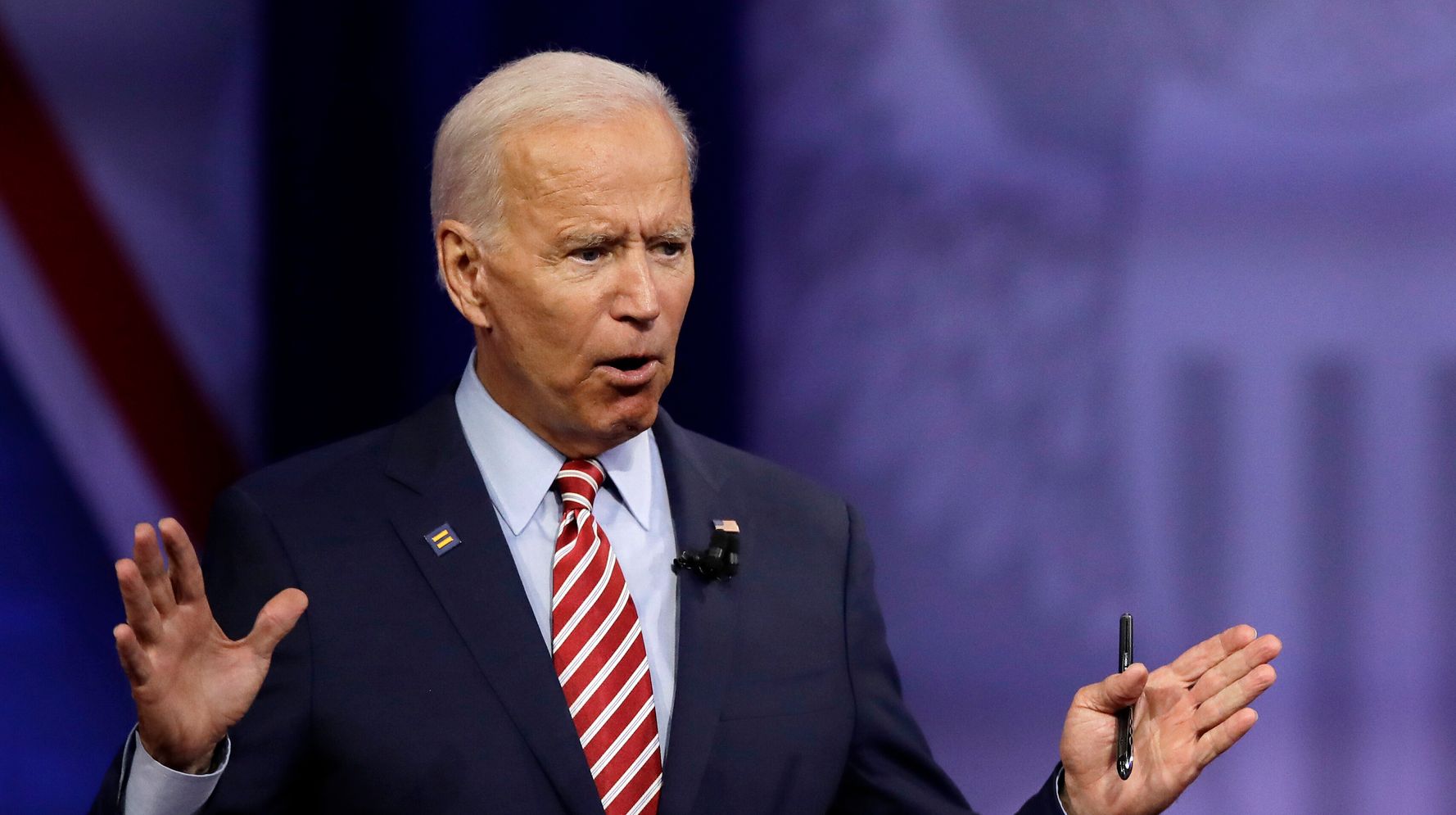 Presidential candidate Joe Biden said Sunday that no family member of his would have an office in the White House or act as a diplomat under his potential administration.

The Democrat’s comments at a United Food and Commercial Workers (UFCW) forum in Iowa were in response to an NBC reporter’s question of what kind of ethical guidelines Biden would create if elected president. The reporter referenced the candidate’s son, Hunter Biden, whose business dealings in China and Ukraine have been at the center of President Donald Trump’s attempt to investigate unsubstantiated allegations of corruption against the Bidens.

“No one in my family will have an office in the White House, will sit in meetings as if they are a cabinet member, will in fact have any business relationship with anyone that relates to a foreign corporation or a foreign country,” the former vice president told reporters. “Period. End of story.”

VP: “No one in my family will have an office in the White House, will sit in meetings as if they are a cabinet member, will have any business relationship with anyone that relates to foreign corporation or govt.” pic.twitter.com/JNYwReIb1u

The Democrat’s remarks came just hours after his son Hunter Biden announced his planned resignation from the board of a Chinese-backed private equity firm. Hunter Biden’s attorney, George Mesires, released a statement earlier Sunday that said the younger Biden intends to resign from the board of directors of BHR Partners by Oct. 31.

The statement also said Hunter Biden promises to avoid conflicts of interest if his father is elected president, and will continue to keep the former vice president out of his business affairs.

At the forum, Joe Biden continued to stress that he has not discussed his son’s business affairs with him, adding that he was not aware of what was in Mesires’ statement until he read it upon release.

2/“… What I’m not gonna let you all do is take the focus off the problem. No one – no one- has asserted my son did a single thing wrong. No one has asserted that I have done anything wrong except the lying President.”

Hunter Biden had served on the board of Ukrainian gas company Burisma Holdings when Joe Biden was vice president, and stepped down from the position in April. The younger Biden’s attorney has maintained that no law enforcement agency has ever accused his client of wrongdoing during his time on the board.

In a July phone call, Trump asked Ukrainian President Volodymyr Zelensky to investigate Hunter Biden’s work in the country while his father, now one of Trump’s political rivals, was vice president.

Trump’s phone call, and his request that a foreign government interfere in the 2020 U.S. election, is part of what sparked the House’s impeachment inquiry into the president for abusing the power of his office to benefit his reelection campaign. Trump has repeatedly defended his actions and denied any wrongdoing, saying that the call was “perfect.”

Biden announced last week that he believes Trump should be impeached. He was one of the last 2020 Democrats to say so.