John Oliver: Trump’s ‘Stop The Witch Hunt’ Merch Is Even Dumber Than Trump 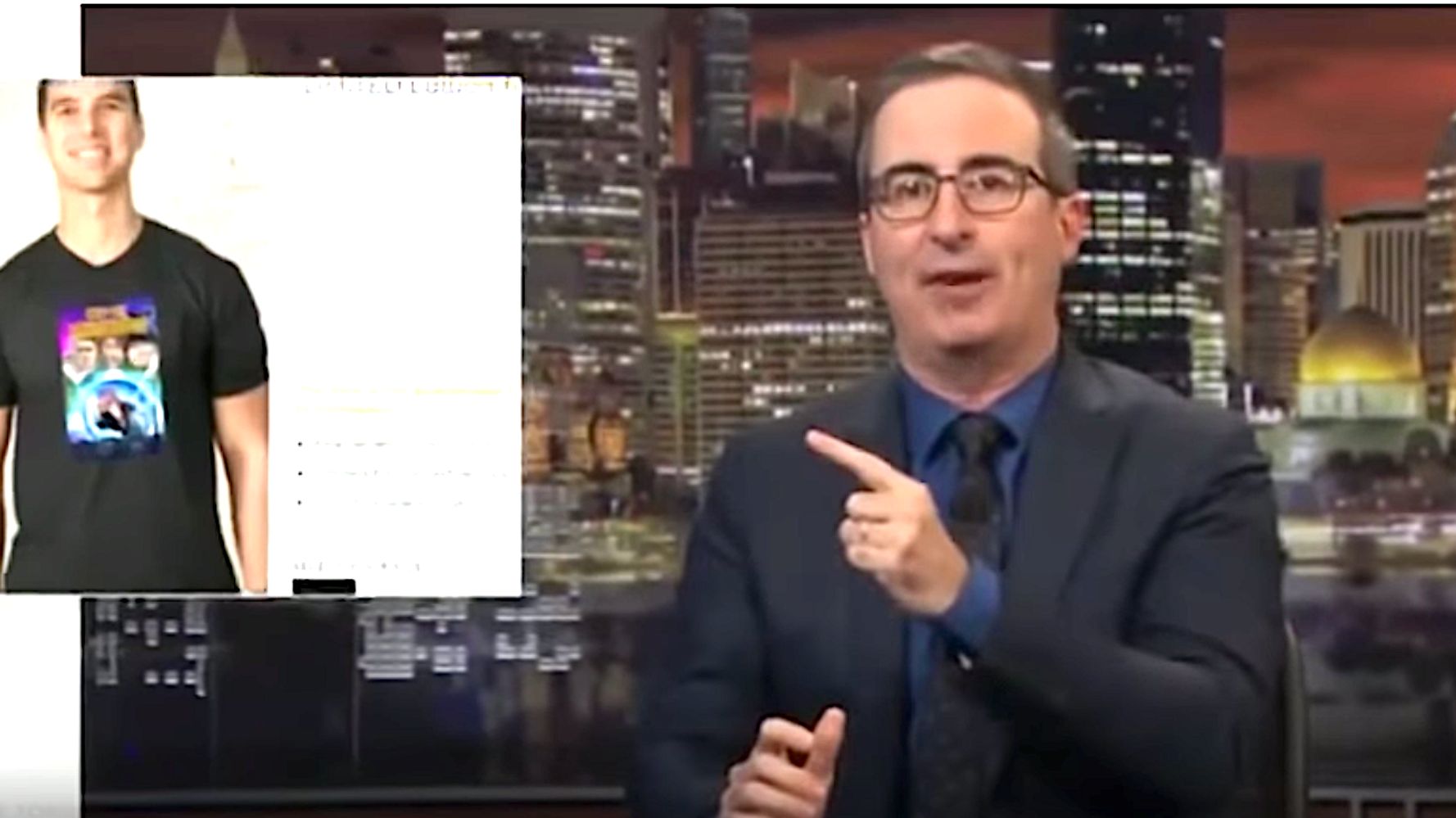 President Donald Trump’s merchandise to protest the impeachment inquiry caught the attention of John Oliver on HBO’s “Last Week Tonight” Sunday. (See the clip above at the 5:00 mark.)

The Official Trump Store recently started selling T-shirts and posters with the words “Stop the Witch Hunt!” while portraying Democratic House impeachment leaders Adam Schiff, Nancy Pelosi and Jerry Nadler as the witches from the 1993 film “Hocus Pocus.” The three appear over an orb with a flag-bearing Trump flying like Superman.

But if Trump and his souvenir makers really wanted to make a statement, maybe they could have started by making sense, Oliver said.

“So, it’s a witch hunt where the witches are the ones doing the hunting, which is categorically not what a witch hunt is, in the same way a duck hunt doesn’t mean a bunch of ducks hunting humans in the woods,” the host said. “Meanwhile, on the shirt, Trump is depicted as a flying superhero, which has no place in the witch genre.”

Oliver also went after the product description, which says: “The only people scared this Halloween are Shifty Schiff, Nervous Nancy and Democrat Hack Jerry Nadler about their chances in 2020!”

“In this witch hunt, the witches, even though they are the hunter, are the scared ones,” Oliver said. “The only scared ones, in fact. It’s still the greatest witch-hunt in the history of the USA, but only three people are scared, and all of them are witches. This shirt makes no fucking sense!”