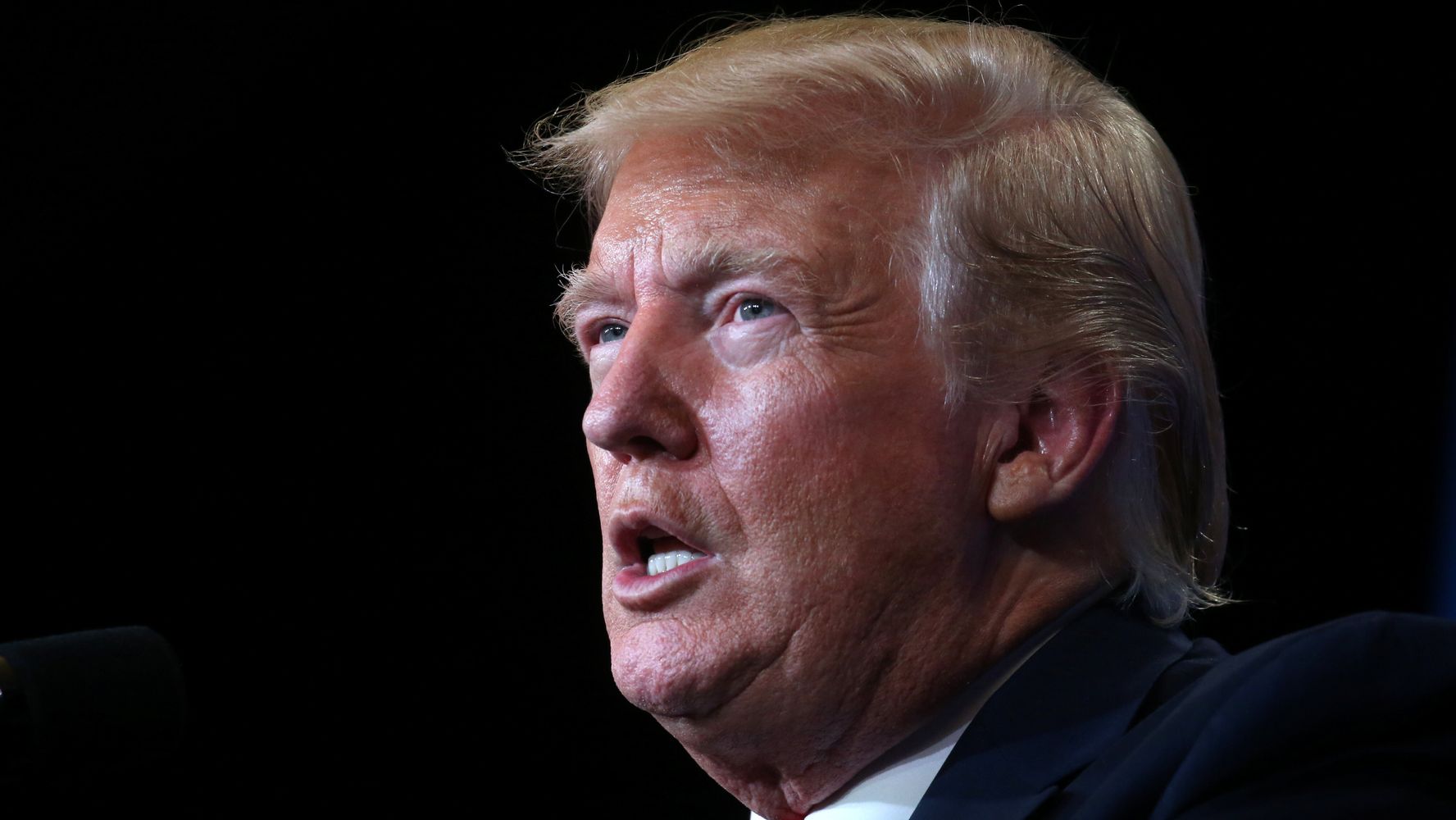 Newsrooms across the nation are pulling out a fresh round of fact checks on President Donald Trump, who falsely claimed that he never said he would be open to meeting with Iran without preconditions.

Outlets including The Washington Post, USA Today, CNN and MSNBC tallied the numerous instances in which administration officials and the president himself expressed a willingness to arrange talks without conditions, despite Trump’s cry of “fake news” on Sunday.

The Fake News is saying that I am willing to meet with Iran, “No Conditions.” That is an incorrect statement (as usual!).

Most recently, during a Sept. 10 White House briefing, both Treasury Secretary Steven Mnuchin and Secretary of State Mike Pompeo affirmed that the president would agree to a meeting with “no preconditions.”

“The president has made clear he is happy to take a meeting with no preconditions, but we are maintaining the maximum pressure campaign,” Mnuchin said.

A moment later, Pompeo reiterated Mnuchin’s remark, adding that Trump “has made very clear he is prepared to meet with no preconditions.”

About two weeks before, on Aug. 28, White House deputy press secretary Hogan Gidley told Fox News that the president “has been clear that he wants to have conversations with the leaders of Iran without preconditions,” adding that he even made that known during this year’s Group of Seven summit in Biarritz, France.

On June 23, Vice President Mike Pence gave the same message to CNN’s Jake Tapper during an appearance on “State of the Union,” noting the administration is “prepared to talk to Iran without preconditions.”

In an interview that aired the same day, Trump appeared on NBC’s “Meet the Press” where he told host Chuck Todd that his primary concern was ensuring that Iran does not develop nuclear weapons.

“You want to talk? Good,” Trump said of a potential meeting.

“No preconditions?” Todd shot back.

“Not as far as I’m concerned,” Trump replied. “No preconditions.”

WATCH: Trump tells Chuck Todd that he wants to talk with Iran with “no pre-conditions.” #MTP #IfItsSunday pic.twitter.com/kie0I91ZbA

On June 2, Pompeo said during a visit to Switzerland that the U.S. is “prepared to engage in a conversation with no preconditions.” However, he also emphasized that “the American effort to fundamentally reverse the malign activity of this Islamic republic, this revolutionary force, is going to continue.”

On July 30, 2018, Trump speculated during a press briefing with Italian Prime Minister Giuseppe Conte that Iran “will probably end up wanting to meet, and I’m ready to meet any time they want to.”

The following day, Gidley told reporters en route to Florida aboard Air Force One that Trump’s position had “not changed.”

Trump’s remarks have once again entered the news following Saturday’s attack on Saudi Arabia’s oil supply, which Pompeo has blamed on Iran, though Tehran has denied the allegation. Iran-backed Houthi rebels in Yemen have taken credit, but Pompeo said there is no evidence the attack came from Yemen.

On Monday, Iran’s state-run media reported that Iranian President Hassan Rouhani will not meet with Trump during next week’s United Nations General Assembly in New York.