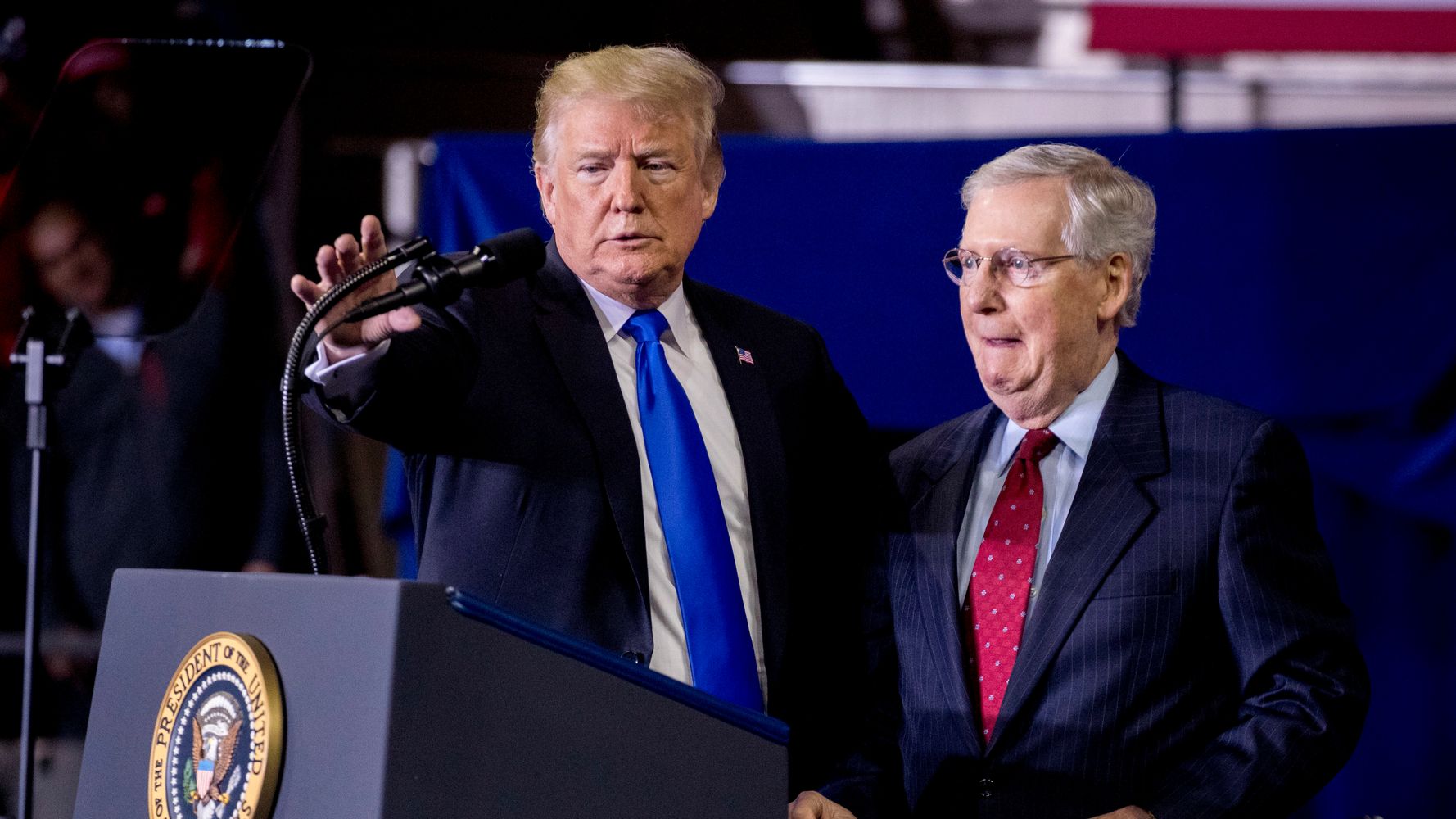 The White House announced on Sunday that it would effectively allow Turkey to invade northern Syria by withdrawing U.S. troops from the region. The decision startled some members of Congress, including Republicans, who warned such a move could precipitate a genocide of the Kurds and lead to the return of the self-described Islamic State (also known as ISIS) in the region.

“I urge the President to exercise American leadership to keep together our multinational coalition to defeat ISIS and prevent significant conflict between our NATO ally Turkey and our local Syrian counterterrorism partners,” McConnell said in a statement.

Trump defended his decision, which he made against the recommendations of the Pentagon and State Department.

“The U.S. has done far more than anyone could have ever expected, including the capture of 100% of the ISIS Caliphate,” the president falsely claimed in a Monday tweet. “It is time now for others in the region, some of great wealth, to protect their own territory.”

Trump also tweeted that he would “totally destroy and obliterate” Turkey’s economy if the country took any action he considers “off limits” in the wake of the U.S.’s withdrawal.

In a bipartisan statement, Sen. Mitt Romney (R-Utah) and Sen. Chris Murphy (D-Conn.) on Monday requested Trump send a representative to appear before the Senate Foreign Relations Committee to defend the move.

“The Administration must come before the Senate Foreign Relations Committee and explain to the American people how betraying an ally and ceding influence to terrorists and adversaries is not disastrous for our national security interests,” the senators said.

Sen. Lindsey Graham (R-S.C.), a frequent cheerleader of the president, called the decision “shortsighted” and “irresponsible” in a phone interview with “Fox & Friends” on Monday.

“I hope I’m making myself clear how shortsighted & irresponsible this decision is in my view,” he says. “This to me is just unnerving to its core.” pic.twitter.com/URH0DVA1bo

“The President’s decision to withdraw U.S. forces from Northern Syria is a deeply disturbing development that betrays our Kurdish allies who have been instrumental partners in our mission to eradicate ISIS,” Pelosi said. “Despite what the President might say, ISIS remains a serious threat. This reckless, misguided decision undermines the efforts by our brave servicemembers and our allies to end ISIS’s tyranny.”