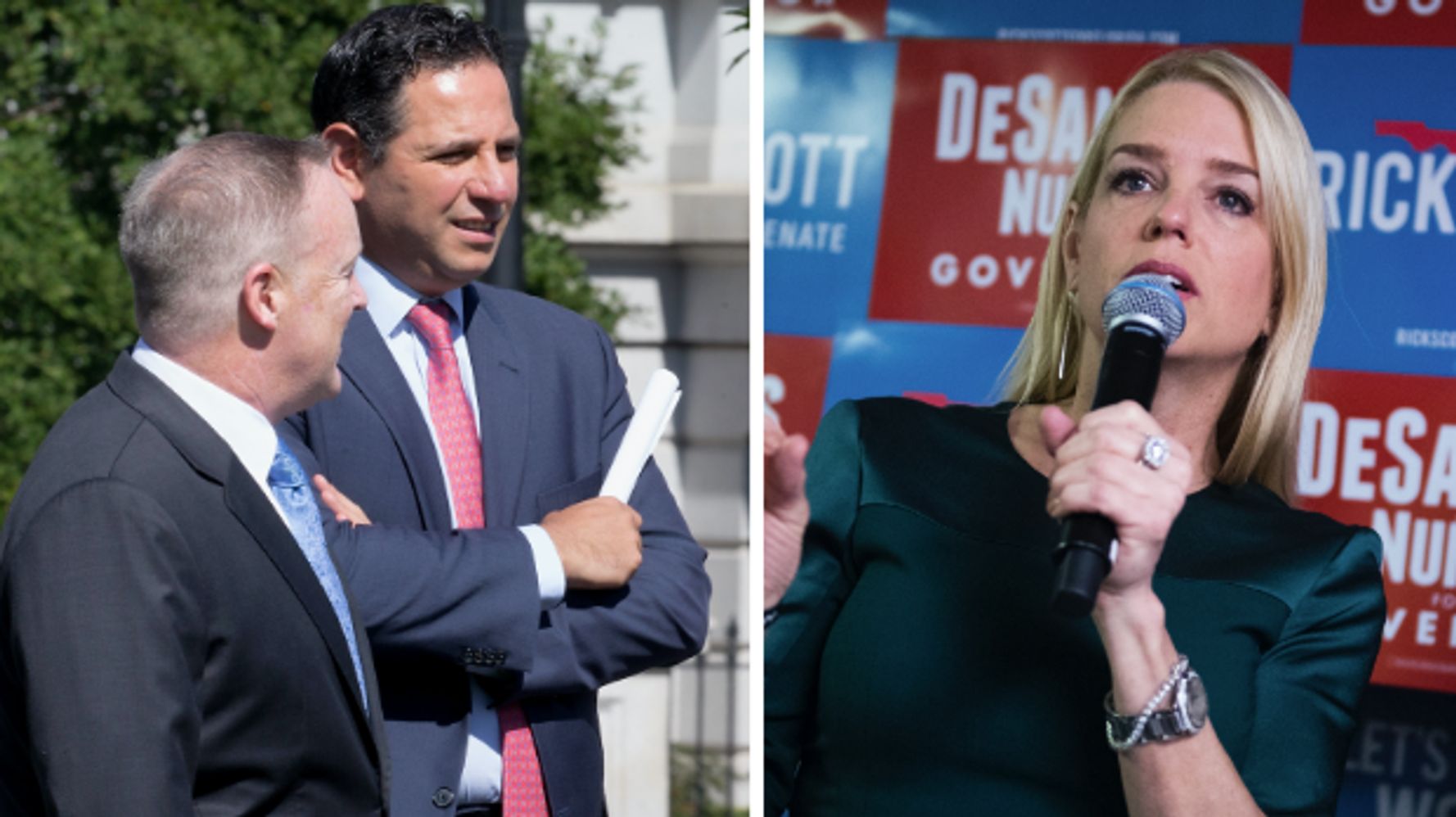 The White House has hired two people who will be dedicated to streamlining the Trump administration’s communications strategy on the House’s impeachment investigation into President Donald Trump.

The new hires include former Florida Attorney General Pam Bondi and Tony Sayegh, a former spokesman for the Treasury Department, the White House confirmed to HuffPost on Wednesday.

Bondi and Sayegh will handle the administration’s messaging around the impeachment inquiry, along with other special projects. They are expected to join the administration as temporary special government employees.

The Whistleblower gave false information & dealt with corrupt politician Schiff. He must be brought forward to testify. Written answers not acceptable! Where is the 2nd Whistleblower? He disappeared after I released the transcript. Does he even exist? Where is the informant? Con!

Bondi has maintained close ties with Trump during her political career. Through his personal foundation, Trump donated $25,000 to Bondi’s reelection campaign in 2013. In 2014, Trump’s Mar-a-Lago resort in Palm Beach, Florida, hosted a swanky fundraiser for Bondi with tickets boasting a $3,000-per-person price tag.

After serving her second term as attorney general, Bondi joined the lobbying firm Ballard Partners in January 2019, according to The Washington Post.

Trump’s senior adviser and son-in-law, Jared Kushner, has been pushing for the White House to hire Sayegh to lead a team focused on impeachment issues, CNN reported in October. Sayegh served as the Treasury Department’s assistant secretary of public affairs under Secretary Steven Mnuchin but left the department earlier this year.

He is credited with playing an instrumental role in Trump’s Republican tax reform bill in 2017.

Trump initially resisted forming a communications team to tackle the fallout over the ongoing impeachment probe, which was launched after a whistleblower report accused him of coercing the Ukranian president to investigate a political opponent during a July 25 phone call.

Trump told reporters late last month that he could handle all the impeachment concerns himself.

“Here’s the thing: I don’t have teams. Everyone is talking about teams. I’m the team. I did nothing wrong,” Trump said.

How ‘Congressman-1’ Got Pulled Into Rudy Giuliani’s Ukraine Scheme