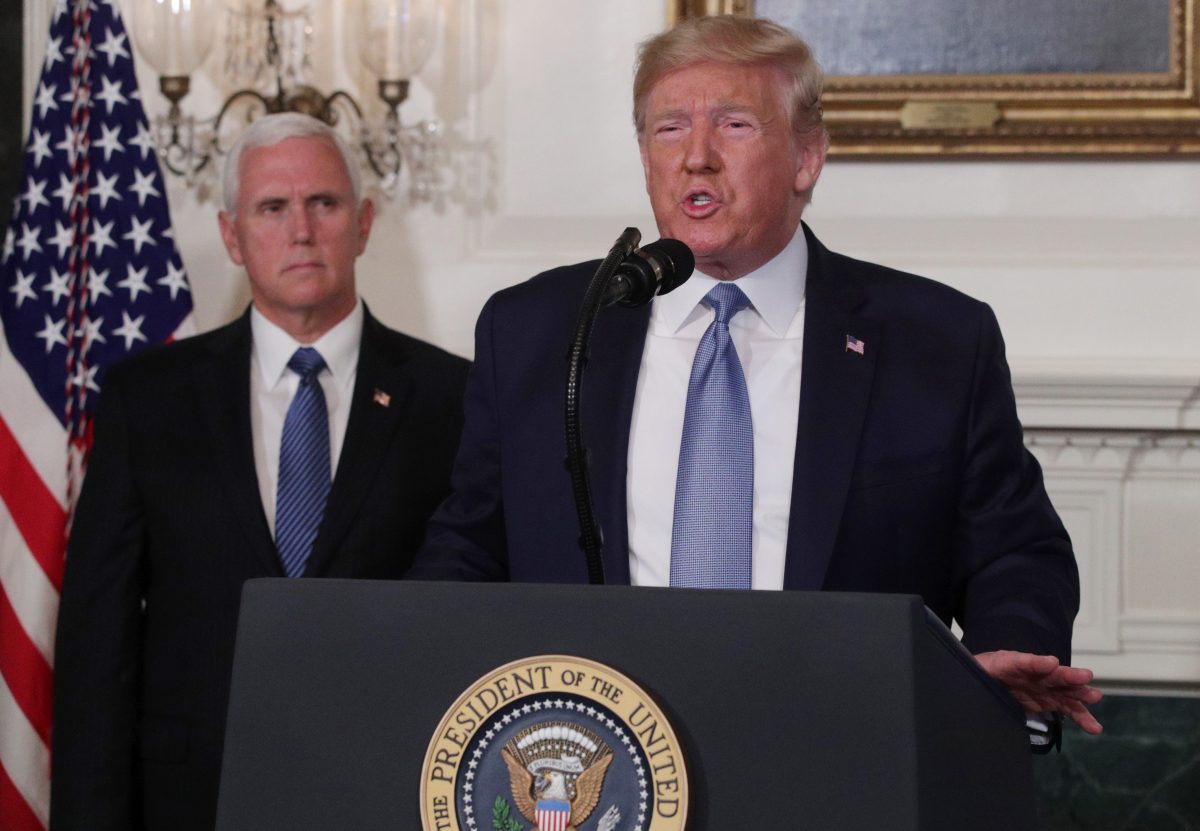 A spokeswoman for Vice President Mike Pence said that an excerpt from a book that cites anonymous sources as saying that he would support the 25th Amendment to oust President Donald Trump is false.

“FAKE NEWS” is what Pence spokeswoman Katie Waldman wrote on Twitter on Thursday morning in response to HuffPost reporter Yashar Ali, who obtained a portion of “A Warning,” written by an anonymous official who claims to be working inside the White House. The writer is the same person who penned an attack on Trump for The New York Times last year.

Ali said that the anonymous author “did a back-of-the-envelope tally of which Cabinet members would be prepared to sign a letter invoking Section 4 of the 25th Amendment to the Constitution” and “there was no doubt in the minds of these senior officials” that Pence would sign on.

Meanwhile, a former Pence press secretary, Marc Lotter, wrote that the excerpt is “the dumbest thing I’ve ever read,” adding that “anyone who gives this nonsense any credibility does not know” Pence.

According to Cornell Law, the 25th Amendment “provides the procedures for replacing the president or vice president in the event of death, removal, resignation, or incapacitation. The Watergate scandal of the 1970s saw the application of these procedures, first when Gerald Ford replaced Spiro Agnew as vice president, then when he replaced Richard Nixon as president, and then when Nelson Rockefeller filled the resulting vacancy to become the vice president.”

Earlier this week, the Department of Justice confirmed that it is seeking information on the anonymous alleged Trump administration official who wrote the book.

“If the author is, in fact, a current or former ‘senior official’ in the Trump administration, publication of the book may violate that official’s legal obligations under one or more nondisclosure agreements, including nondisclosure agreements that are routinely required with respect to information obtained in the course of one’s official responsibilities or as a condition for access to classified information,” Assistant Attorney General Joseph Hunt said, according to Fox News.

This is the dumbest thing I’ve ever read. I served as @VPPressSec at the time. Anyone who gives this nonsense any credibility does not know @VP @mike_pence. https://t.co/gcV7av1w5q

Hunt added: “Such agreements typically require that any written work potentially containing protected information be submitted for pre-publication review. Courts have approved the imposition of a constructive trust to collect the proceeds of the breach generated by an unapproved publication.”

The publisher of the book, Hachette Book Group, said it received a letter from Hunt but wouldn’t comply with the request.

“Hachette is not party to any nondisclosure agreements with the U.S. government that would require any pre-publication review of this book,” the company’s Executive Vice President and General Counsel Carol F. Ross said on Monday, Fox reported.

Javelin’s Matt Latimer and Keith Urbahn, who helped former FBI Director James Comey with his book, said they are working with the anonymous author.

When the author wrote the opinion article in the NY Times, then-White House Press Secretary Sarah Sanders called the person a coward and called on them to resign.