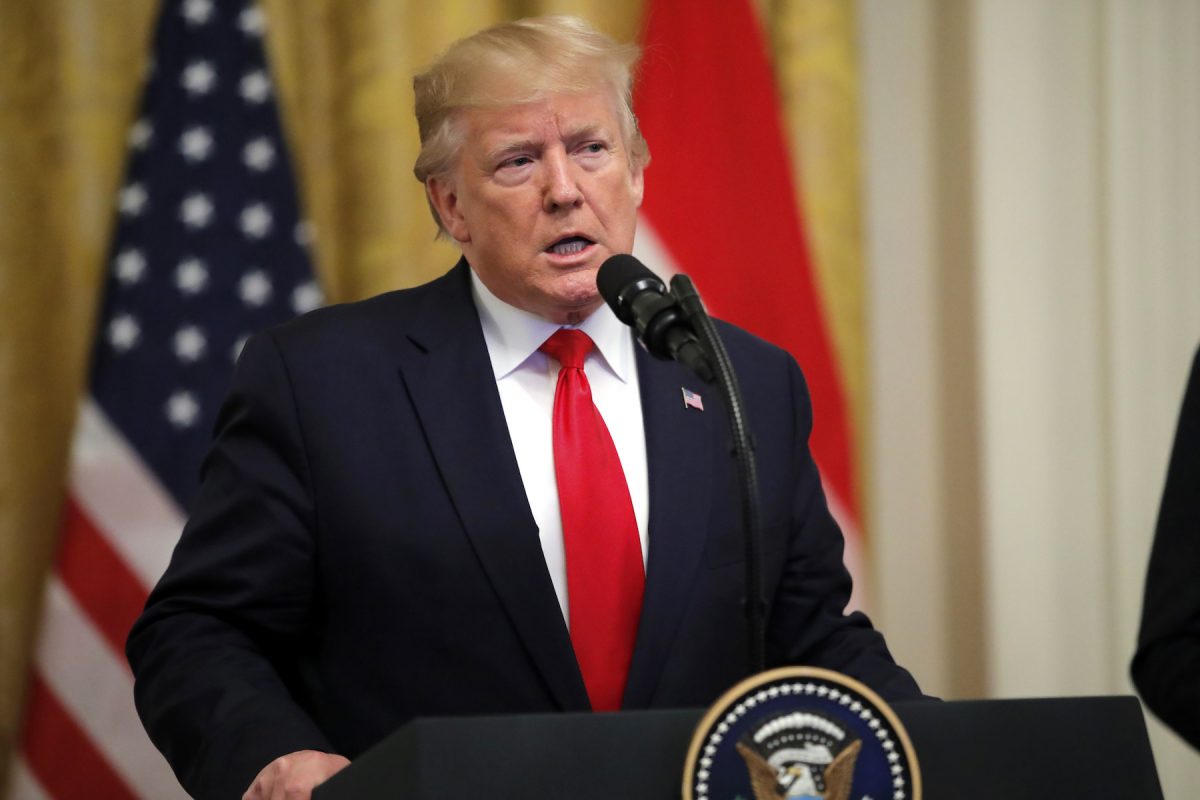 As Trump fielded questions from reporters, he weighed in on the state of major media outlets, particularly commenting on NBC and The New York Times.

“This guy is the most biased reporter—NBC. You know, I made a lot of money for NBC with “The Apprentice,” and I used to like them, but they are the most biased,” Trump responded.

Trump then gets further into why he feels NBC is biased, and what this reporter is doing in particular to confirm this.

“Peter is such a biased … You should be able to ask a question, same question, in a better way. You are so obviously biased, and that’s why the public has no confidence in the media.”

NBC reporter Peter Alexander continued to question Trump about his Biden remarks. Trump doubled down on his opinion of Biden and then moved on to another question.

The next reporter raised a question about leaked documents from The New York Times that showed the newspaper’s strategy for attacking Trump going forward. During Trump’s response to the question, NBC came up again.

“It is a totally dishonest newspaper. It’s a paper that really has lost tremendous credibility. And let me tell you, in six years, or maybe 10 or maybe 14, right? In six years, when I’m not here, The New York Times goes out of business very quickly. And you know who else goes out? Like NBC News?”

Peter Alexander turned out to be the annoying reporter who wouldn’t shut up and he wasn’t called on. President Trump chewed him out accordingly. #TheFive

Trump further expressed the opinion he has of NBC News and Peter Alexander.

“NBC News has less credibility, in my opinion, with guys like you, than CNN. I think CNN has more credibility than NBC News.”

Trump than clarified his comments about CNN and NBC to the CNN reporter.

When DJT talks of Peter Alexander’s bias, he is spot on. Every Evening News report with Alexander is just hate-filled, anti-Trump bias. You would think Norah O’Donnel was his ‘Managing Editor’!

Peter Alexander also mentioned another thing Trump said about him during the same event, in a tweet he sent out afterwards.

“Trump called me ‘an organ of the Democrats.’”

“When DJT talks of Peter Alexander’s bias, he is spot on. Every Evening News report with Alexander is just hate-filled, anti-Trump bias. You would think Norah O’Donnel was his ‘Managing Editor’!” Tweeted @JackA_ND.

Peter Alexander of @NBCNews is a propaganda reporter. His old job was reporting on Hollywood Stars and sensationalism. He is a FAKE journalist and Trump is right @NBCNews is less credible than @CNN !

“Trump is sharp as a tack. He handles the press better than anyone else. But WH needs to muzzle Peter Alexander NBC,” tweeted @Keithschulz7.

“I believe most Americans find it EXTREMELY REFRESHING to see a President talk to you fake news frauds and speak to you DIRECTLY and TRUTHFULLY! This is an AMAZING clip of video that he ought to use in his ‘20 Campaign Videos,” tweeted @OuThomasMartin, in response to Alexander’s tweet.