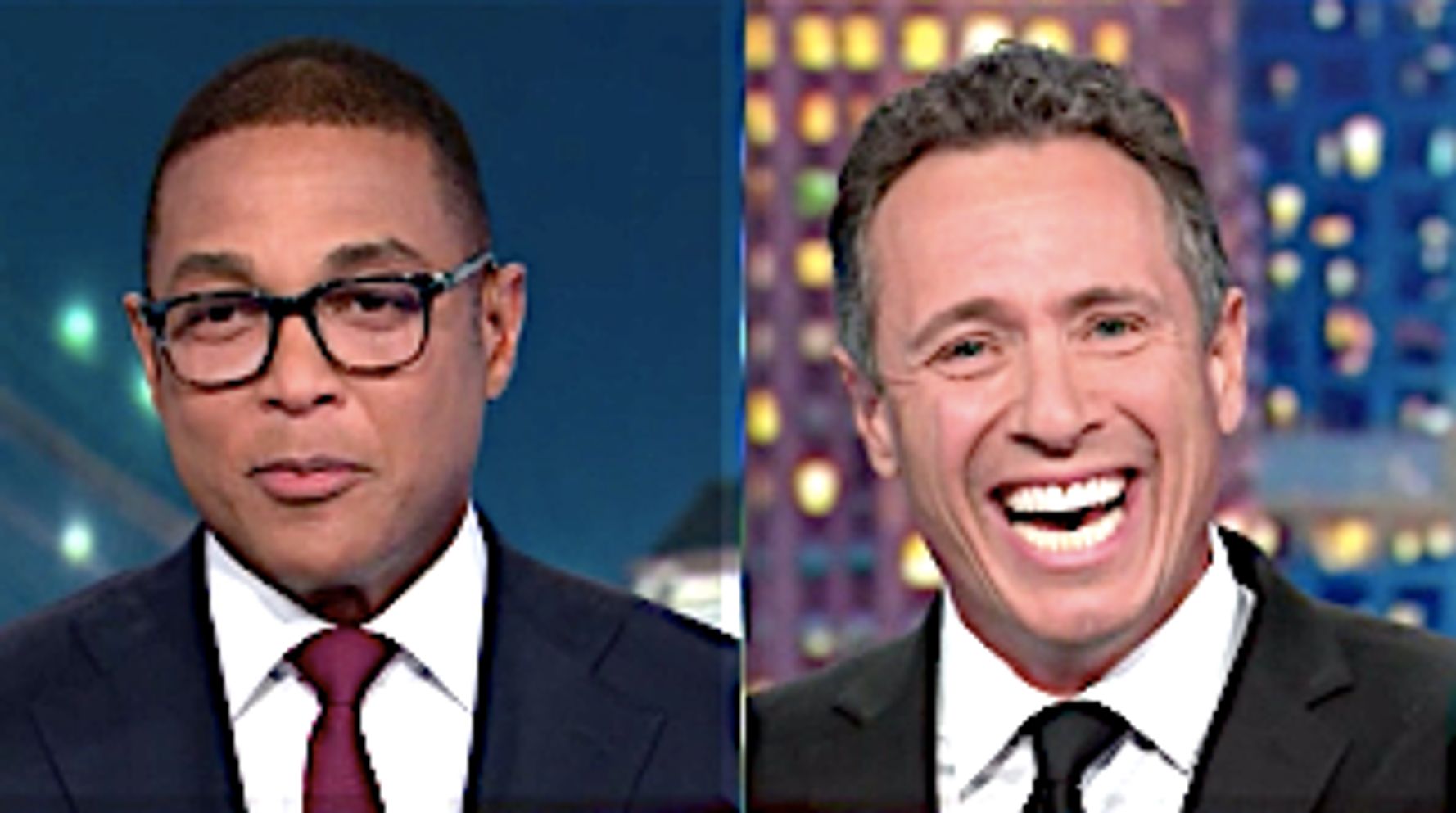 President Donald Trump said he might read the transcript of his “perfect” phone call with Ukrainian President Volodymyr Zelensky in a kind of “fireside chat” on live TV.

Trump’s comments in an interview with The Washington Examiner, published Thursday, sent CNN hosts Don Lemon and Chris Cuomo over the moon.

“This is over a phone call that is a good call,” Trump told the conservative newspaper, referring to the conversation in which he pressured Zelensky to investigate Joe Biden. The call triggered the intensifying impeachment inquiry.

“At some point, I’m going to sit down, perhaps as a fireside chat on live television, and I will read the transcript of the call, because people have to hear it,” Trump added. “When you read it, it’s a straight call.”

“Can we please have a fireside chat?” Lemon laughed on CNN later.

“What is the president’s ability to read that whole transcript without stopping to comment?” asked a smiling Cuomo.

Cuomo then pulled a Trump impersonation, mimicking from the call: “And I say, ‘I’d like you to us a favor.’ No, a favor, a favor, I didn’t expect anything, just a favor,” he added in his version of an aside from the president.

The original presidential fireside chats — folksy, evening radio addresses by President Franklin D. Roosevelt from 1933 to 1944 — calmed and inspired a nation, and got America through the Depression and World War II. President Ronald Reagan adopted the format for his weekly Saturday radio addresses in the 1980s.

“It was about galvanizing the country around the collective pursuit of justice,” Cuomo noted.

Lemon: “This is where we are right now. It’s crazy.”

Check out the CNN video up top.