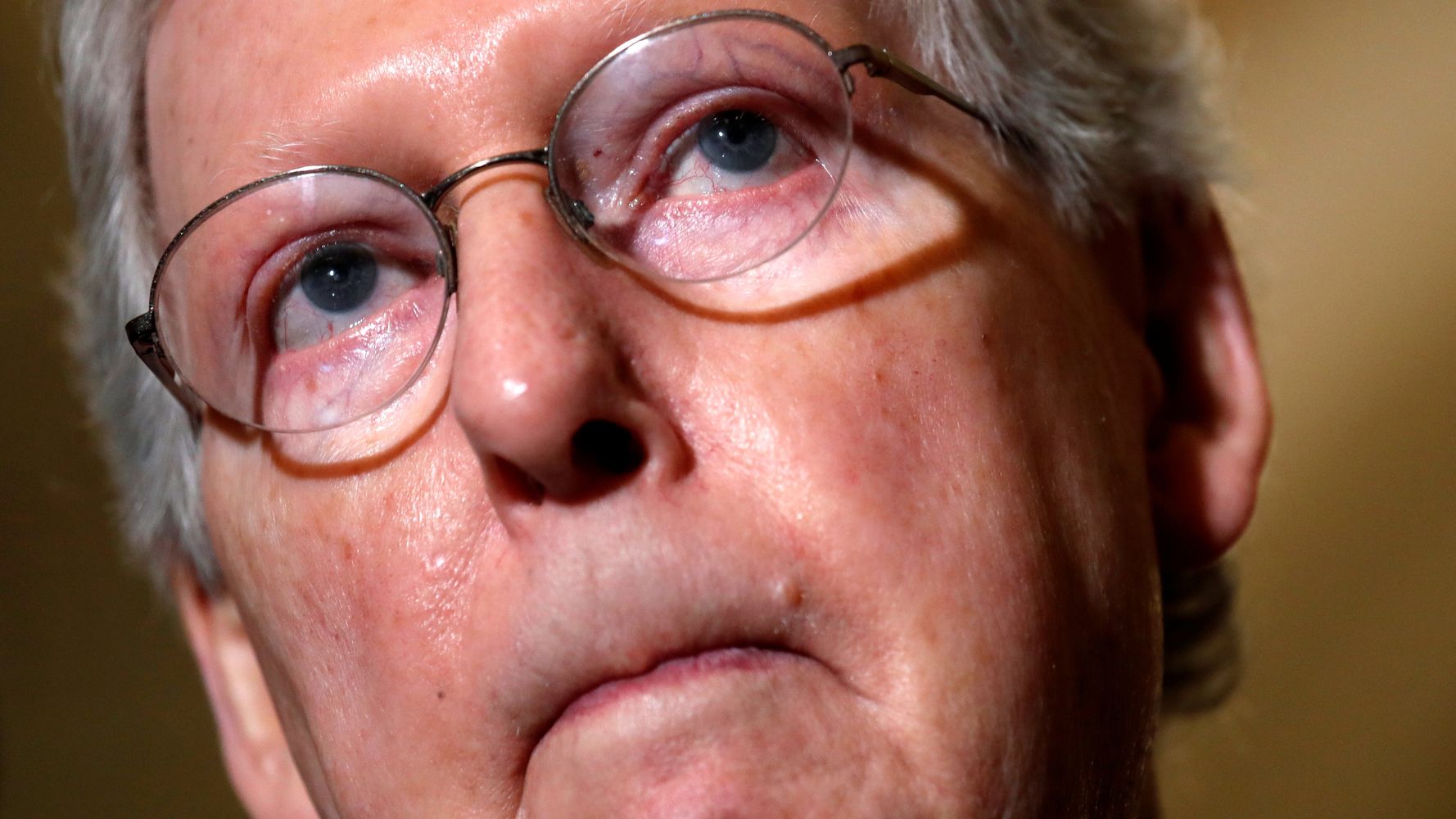 Republican lawmakers who supported President Donald Trump’s emergency declaration for the U.S.-Mexico border early this year are attempting to save face after the administration announced it would fund a wall on parts of the southern boundary with money for projects in their districts.

The Department of Defense this week listed more than 100 projects ― including training facilities, parking lots, schools and daycare centers on various military installations ― that would not go forward as planned in the next few years.

Much of the money diverted to build Trump’s wall ― the one he insisted as a candidate that Mexico would pay for ― had been earmarked for House districts and states represented by GOP lawmakers who voted to uphold the president’s emergency declaration. Some of these same politicians now seek to pin the blame for the stalled projects on Democrats, as they pledge to reinstall their funding in budget talks later this month. The complainers include Senate Majority Leader Mitch McConnell (R-Ky.).

Projects on the chopping block include a $63 million renovation of a middle school at Fort Campbell, whose 6th, 7th, and 8th-grade classes face overcrowded conditions. The base straddles the border between Kentucky and Tennessee.

McConnell said Friday he has talked to Secretary of Defense Mark Esper about the protecting the Fort Campbell project. And, as a Trump ally, he singled out Democrats for criticism.

“We would not be in this situation if Democrats were serious about protecting our homeland and worked with us to provide the funding needed to secure our borders during our appropriations process,” McConnell said in a statement.

Rep. James Comer (R-Ky.), whose district encompasses Ft. Cambell, also blamed Democrats. “The necessary funding to strengthen our border was not provided during the appropriations process, time and again blocked by partisan politics,” Comer said in a statement in which he vowed to ensure the school renovation project gets completed.

During congressional negotiations in January, Democrats supported new money for border security, but not for wall construction.

All told, the Defense Department listed nine school improvement projects affected by the funding diversion, including two in the continental U.S., one in Puerto Rico and seven abroad.

“Existing facilities for education remain and will continue to be used,” a senior defense official said in an email.

The fight over the deferred military construction funding will likely take place in the House-Senate negotiations over the annual defense spending bill over the next few weeks. Democrats have vowed not to “backfill” ― i.e., approve for a second time ― the funding Trump has raided for the wall construction. They have called the administration’s refunneling of funds a perversion of the appropriations process, and have accused Trump of violating the constitutional principle of separation of powers.

Still, it’s not clear how big of a fight Democrats will put up over the relatively small pot of money ― $3.6 billion in all ― if it means causing yet another government shutdown. The government partially shut down for 35 days starting in December after Democrats refused to go along with Trump’s demands for border wall funds.

Democrats filed suit in federal court over the border money grab, since it’s illegal for the executive branch to spend money that Congress hasn’t appropriated. A district court judge rejected their case but another suit, brought by outside groups, is now at the appeals stage.

Many members of Congress speculated earlier this year that courts would block the president’s use of emergency powers, but the Supreme Court has allowed wall construction to begin while the judicial fight plays out.