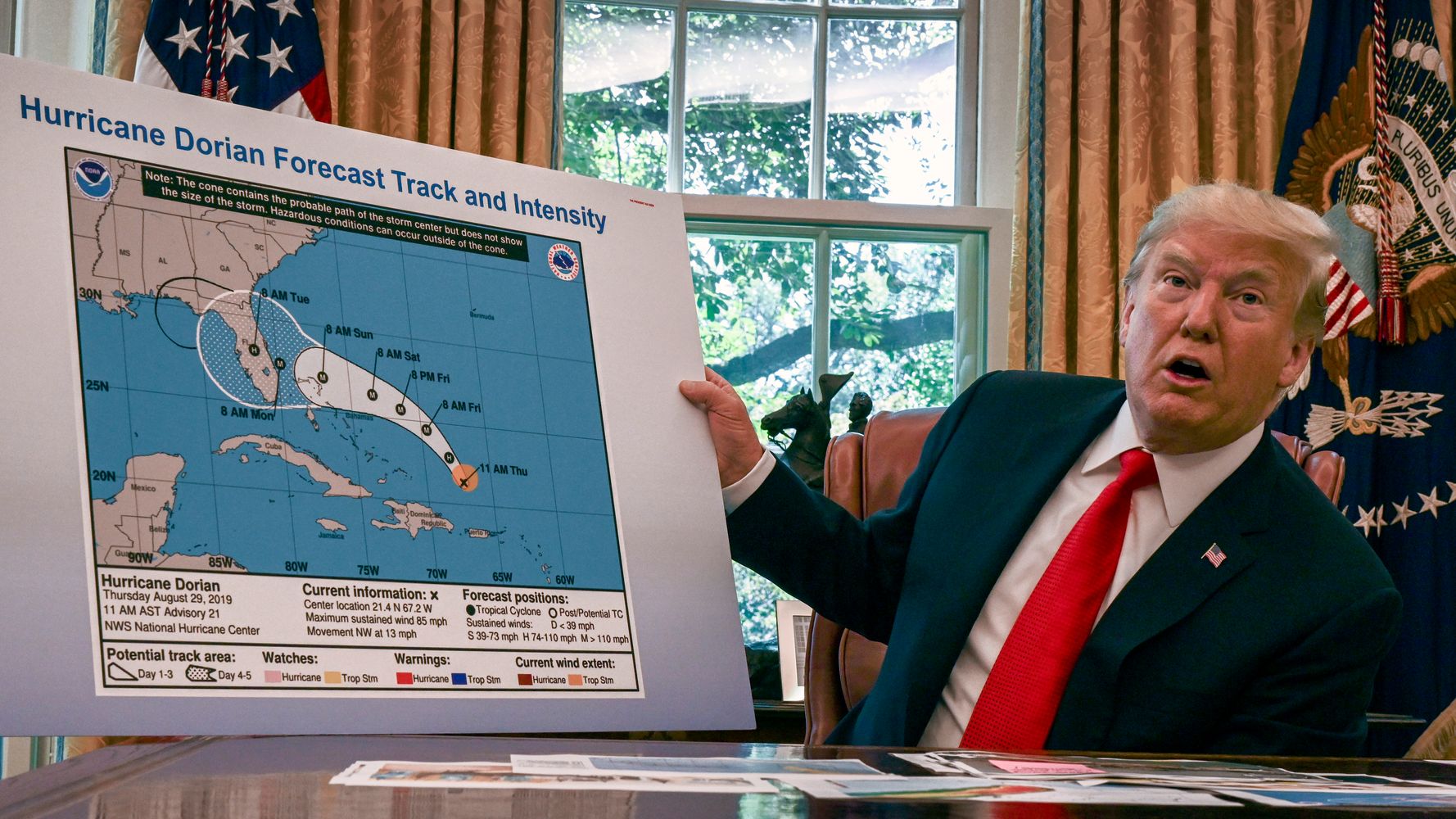 President Donald Trump, in his umpteenth tweet about clear-skied Alabama as Hurricane Dorian roared through the Carolinas, argued on Friday that the press was unfairly “fixated” on his erroneous claims that Alabama had almost certainly been in the path of danger.

“They went Crazy, hoping against hope that I made a mistake (which I didn’t),” he wrote, adding, “This nonsense has never happened to another President. Four days of corrupt reporting, still without an apology.”

….This nonsense has never happened to another President. Four days of corrupt reporting, still without an apology. But there are many things that the Fake News Media has not apologized to me for, like the Witch Hunt, or SpyGate! The LameStream Media and their Democrat…..

….partner should start playing it straight. It would be so much better for our Country!

Trump’s troubles began Sunday where they usually do ― on Twitter ― when he lumped Alabama into a list of states that he speculated would “most likely be hit (much) harder than anticipated,” adding, “BE CAREFUL! GOD BLESS EVERYONE!”

Just 20 minutes later, the National Weather Service’s Birmingham branch clarified in a tweet of its own that “Alabama will NOT see any impacts from Dorian” as the storm would “remain too far east.”

But Trump held fast to the falsehood, insisting he was right during a Wednesday press conference where he trotted out an outdated and doctored National Oceanic and Atmospheric Administration map of Dorian’s predicted path. A black line had been drawn around southern Alabama, extending the storm’s trajectory.

On Thursday, the president again defended his claims on Twitter, decrying the attention of the “fake news” media and insisting that he was referring to early predictions, which had expired by the time he made his Sunday tweet. In total, Trump has tweeted about the matter more than a dozen times.

The White House even released a statement from homeland security and counterterrorism adviser Rear Adm. Peter Brown, who attempted to shield the president from further scrutiny and deflect blame.

On Thursday night, The Washington Post reported that it was, in fact, Trump himself who altered the map shown the day before.

“No one else writes like that on a map with a black Sharpie,” a White House official told the paper.

As of Friday afternoon, Dorian had slid up the coast of North Carolina, hurtling northeast as a Category 1 storm.