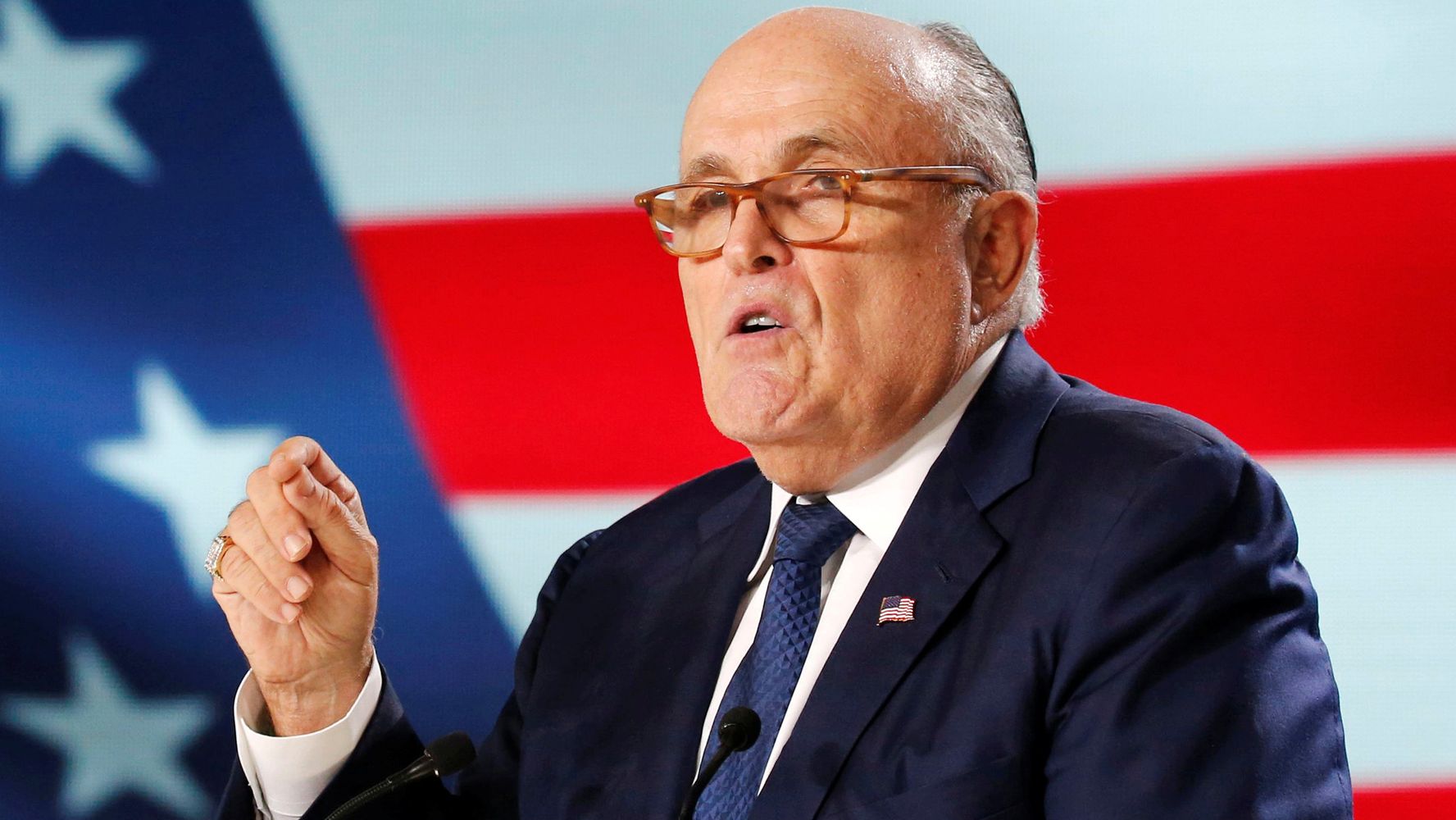 President Donald Trump’s personal attorney Rudy Giuliani told CNN on Wednesday night that some of the documents in a packet the State Department inspector general handed to Congress just hours earlier had come from him. The revelation was the latest twist in the ongoing turmoil over Trump’s call with the leader of Ukraine in July.

CNN’s report came the same day the State Department’s watchdog, Steve Linick, sent an urgent message to Congress saying he needed to meet and give them copies of documents related to the Ukraine call. Democrats were reportedly prepared for some kind of a bombshell but instead were handed a 40-page packet of documents that included conspiracy theories and news clippings. The pages also referenced a slew of names related to the scandal: Marie Yovanovitch, the former ambassador to Ukraine, Hunter Biden and George Soros.

The packet had a return address that matched that of the Manhattan office of Giuliani, who later confirmed that he was responsible for their production, telling The New York Times they came from a “professional investigator who works for my company.”

The documents prompted consternation from top Democrats, who issued public calls that Secretary of State Mike Pompeo explain how such misinformation made it to the top levels of government. Lawmakers also said the packet only provided more evidence that the White House had “sought to use the machinery of the State Department to further the President’s personal political interests.”

“We are now in possession of this packet of propaganda and disinformation,” Rep. Jamie Raskin (D-Md.) told Reuters on Wednesday. “The real question is where did it come from and how did it end up in our lap?”

The chairs of the House Intelligence, Foreign Affairs and Oversight Committees released a joint statement earlier Wednesday expressing concerns about the “urgent” briefing.

The statement said the meeting with Linick raised “troubling questions” about alleged efforts by the Trump administration to target former Vice President Joe Biden, his son Hunter Biden and Yovanovitch, who was removed from her ambassadorship in May after Trump allies accused her of participating in an alleged Ukrainian attempt to support Hillary Clinton’s 2016 presidential campaign.

Giuliani told CNN that he had “routed” what he said was an “outline” of allegations against Biden and Yovanovitch to Pompeo’s office in March. He also reportedly sent details about his talks from earlier this year with top Ukrainian prosecutors who helped give him information for his outline.

“They told me they were going to investigate it,” Giuliani told CNN.

The attorney and former New York mayor has become one of the central figures in the political whirlwind over Trump’s call with the president of Ukraine, Volodymyr Zelensky, on July 25. During the conversation, Trump repeatedly pressed his counterpart to investigate Biden and his son Hunter, who served on the board of a Ukrainian energy company for five years. Before the call, the Trump administration had been withholding military aid from Ukraine.

A whistleblower complaint about the call mentioned Giuliani multiple times, and Trump’s lawyer has said in television interviews that he met with Ukrainian operatives. But in recent days he’s moved to minimize his role in the scandal, saying he got involved only at the behest of the State Department.

House Democrats have been moving quickly to investigate the Ukraine call as part of their impeachment inquiry while Trump has raged about the effort. This week the president called the inquiry a “coup” and has been refusing to answer some reporters’ questions about the information that’s come out of transcripts of the call.