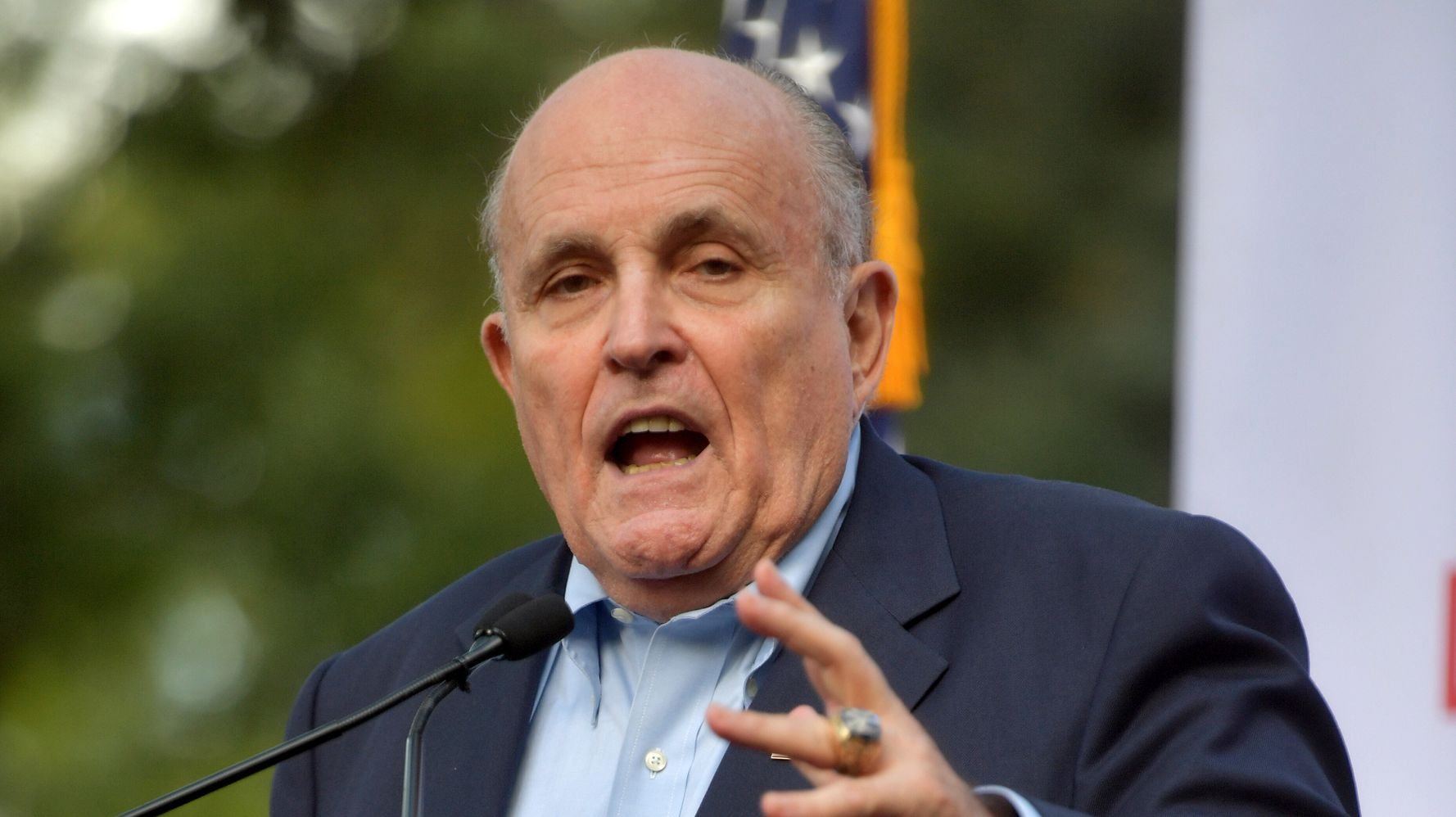 “The conspiracy theories concerning the Epstein death are multiplying,” Giuliani tweeted Monday. “The facts seem unbelievable. But it is best to wait for some key facts like the findings of the autopsy. Withholding [judgment] is the wisest course to follow. DOJ is very motivated to get to the bottom of it.”

The conspiracy theories concerning the Epstein death are multiplying. The facts seem unbelievable. But it is best to wait for some key facts like the findings of the autopsy. Withholding judgement is the wisest course to follow. DOJ is very motivated to get to the bottom of it.

Giuliani’s latest statement was more measured than a tweet he posted on Saturday. “It is inconceivable Epstein could have hung himself if there was a suicide Watch,” he tweeted, urging people to “Follow the motives.”

What does the word watch mean in the phrase suicide
Watch? Who was watching? What does camera show? It is inconceivable Epstein could have hung himself if there was a suicide Watch? Follow the motives.

On Saturday, hours after Epstein was discovered dead of an apparent suicide in New York City’s Metropolitan Corrections Center, Twitter users launched baseless claims that former President Bill Clinton and former Secretary of State Hillary Clinton were involved and that there was foul play in his death.

Though Trump has yet to comment on the death in his own words, he retweeted a post from comedian and conservative commentator Terrence Williams, who wrote, “we know who did this!”

“Jeffrey Epstein had information on Bill Clinton & now he’s dead,” Williams claimed, hashtagging his remarks ”#ClintonBodyCount,” a reference to a conspiracy theory falsely accusing the Clintons of murdering their political enemies. The claim was first debunked by a Snopes fact check in 1998, but has continued to circulate for years.

Died of SUICIDE on 24/7 SUICIDE WATCH ? Yeah right! How does that happen#JefferyEpstein had information on Bill Clinton & now he’s dead

I see #TrumpBodyCount trending but we know who did this!

Bill Clinton was within Epstein’s friend circle of movers and shakers, a point right-wing conspiracy theorists have used in an attempt to make their case.

However, Trump also associated with Epstein, prompting left-wing conspiracy theorists to pin the blame on the president and proving that neither party is immune to evidence-free claims.

There are legitimate questions about how a high-profile inmate like Epstein ― who was awaiting a hugely publicized trial on sex trafficking charges ― could have died if he was being properly monitored. He made an apparent suicide attempt just last month.

On Sunday, NBC News reported that unnamed officials said Epstein was taken off suicide watch days before his death. Furthermore, law enforcement told The New York Times that Epstein was supposed to be checked every half hour, but when he died, corrections officers had neglected to follow that procedure. Given the circumstances, he also should have been housed with a cellmate, but he was left alone at the time, the Times reported.

On Monday, Attorney General William Barr said the Justice Department had determined there were “serious irregularities” within the federal lockup and said he was angry that corrections workers had “failed to adequately secure this prisoner.”

The DOJ’s Office of the Inspector General and the FBI are currently conducting an investigation into Epstein’s death.