Sen. Tom Cotton Still Pushing For Greenland Buy, Even Though It’s Not For Sale 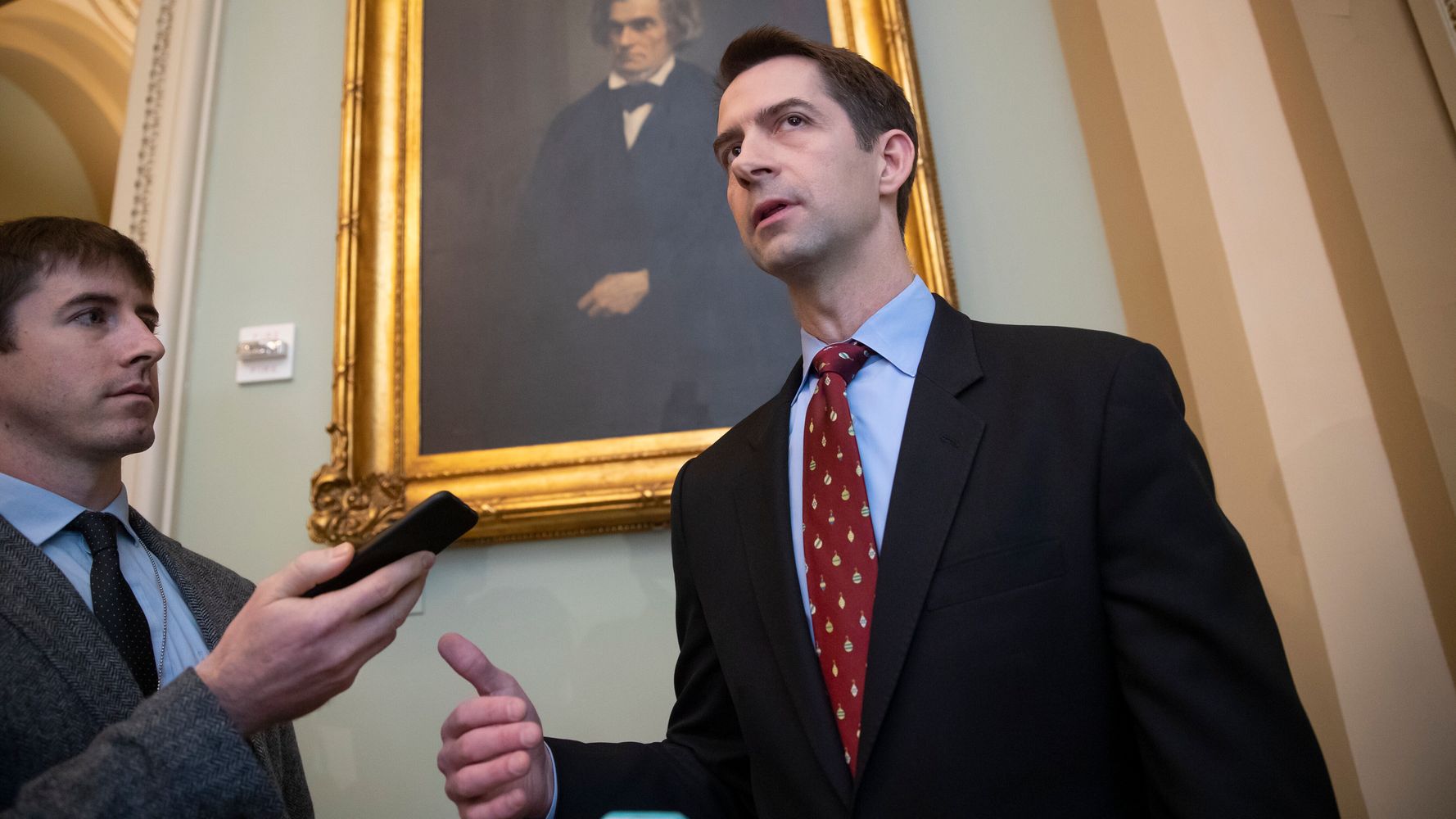 In a New York Times op-ed published Monday, Cotton made his case for purchasing the autonomous Danish territory, arguing that although Trump’s “critics predictably derided him as crazy” after news broke of his interest, “the president is crazy like a fox.”

“The acquisition of Greenland would secure vital strategic interests for the United States, economically benefit both us and Greenlanders, and would be in keeping with American ― and Danish ― diplomatic traditions,” the senator wrote.

Cotton noted that he himself had even “raised the prospect of acquiring Greenland with the Danish ambassador just last year.”

Word of the president’s interest in Greenland surfaced earlier this month when The Wall Street Journal reported that he had spoken with “varying degrees of seriousness” about a purchase, which included asking his White House counsel to look into the matter.

Administration officials confirmed interest in such a deal ― but the prospective sellers were notably cool to the idea. Following the Journal’s report, Greenland’s foreign minister, Ane Lone Bagger, told Reuters the island is “open for business, but we’re NOT for sale.”

The following week, White House economic adviser Larry Kudlow told Fox News that the White House was “looking at it,” and Trump confirmed in a press conference that a “large real estate deal” was “something we talked about.”

Attempting to drive Bagger’s message home once and for all, Denmark’s prime minister, Mette Frederiksen, called the president’s idea “an absurd discussion,” adding that she hoped Trump wasn’t serious.

Cotton, however, remains serious, and in his op-ed portrayed purchasing Greenland as a potentially key move amid escalating trade tensions with China.

“Greenland is rich in a wide array of mineral deposits, including rare-earth minerals ― resources critical to our high-tech and defense industries,” he said. “China currently dominates the market in these minerals and has threatened to withhold them from us to gain leverage in trade negotiations. Greenland also possesses untold reserves of oil and natural gas.”

Cotton also defended the purchasing effort at a luncheon last week in his home state, the Arkansas Democrat-Gazette reported. “It’s obviously the right decision for the United States, and anyone who can’t see that is blinded by Trump derangement,” he said.

At the least, the lack of interest from Greenland officials didn’t sit well with Trump. After Frederiksen dismissed talk of a sale as “absurd,” Trump cancelled a planned early September stop in Denmark.

Trump Ready To Funnel Yen, Euros And Pounds Into His Own Pocket At Next Year’s G-7