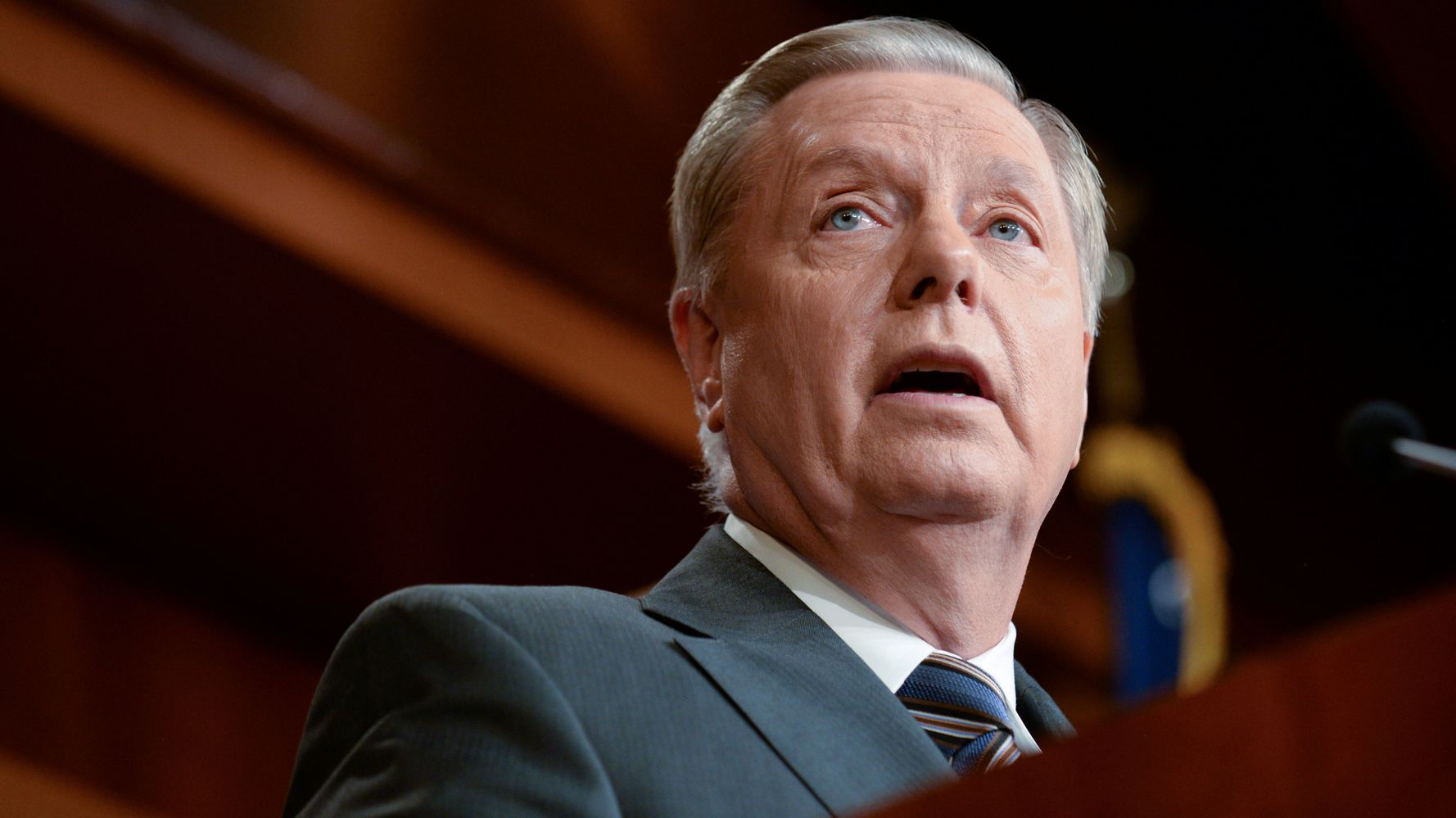 Senate Republicans on Thursday introduced a resolution slamming the House over its impeachment inquiry into President Donald Trump after the president complained that members of his party in the upper chamber weren’t doing more to defend him.

The nonbinding resolution contends the impeachment investigation has been partisan, nontransparent and fundamentally unfair to the president. It was introduced by Sen. Lindsey Graham (R-S.C.), chairman of the Senate Judiciary Committee, and co-sponsored by nearly all of his fellow Republicans, including Senate Majority Leader Mitch McConnell (R-Ky.).

The resolution calls on the House to formally vote to launch an impeachment inquiry before the process goes any further and to open up the proceedings, which so far have focused on closed-door interviews with top current and former Trump administration officials. It does not, however, address any of the allegations made against Trump, chiefly that he withheld military assistance to Ukraine in order to get dirt on a political rival and to cast doubt on Russia’s interference in the 2016 election.

“One of the cornerstones of American jurisprudence is due process ― the right to confront your accuser, call witnesses on your behalf, and challenge the accusations against you. None of this is occurring in the House,” Graham said in a Thursday statement, accusing Democrats of selectively leaking details from closed-door interviews in order to drive down Trump’s poll numbers and increase public support for impeachment.

House Republicans on the committees conducting the impeachment inquiry have been allowed to cross-examine witnesses, but they’ve complained that transcripts of the closed-door depositions have yet to be made public and that Trump’s lawyers have not been allowed in unlike the practice in previous impeachment investigations. But that may soon change. Democrats are preparing to take their inquiry to “a more public stage as soon as mid-November,” according to The Washington Post.

Graham has been under increasing pressure from the president’s allies, including his son Donald Trump Jr., to use his power as chairman of the Judiciary Committee to call witnesses and launch investigations into Democrats. Some Republicans have been pushing Graham to subpoena Rep. Adam Schiff (D-Calif.), who as chairman of the House Intelligence Committee has played a key role in running the impeachment inquiry. However, the South Carolina Republican said Thursday that he would not do so because it would do “a lot of damage to the country.”

While the resolution Graham introduced Thursday earned the support of much of the Senate GOP conference, it notably did not include the names of more centrist Republican members and some of those who are facing tough reelection fights next year. Among those not listed as initial co-sponsors are Sens. Susan Collins of Maine, Lisa Murkowski of Alaska, Cory Gardner of Colorado and Mitt Romney of Utah.

On Thursday, Romney, a vocal critic of Trump who has expressed concern about the administration’s freezing of funds for Ukraine, would not say whether he planned to support the resolution, noting only that he would “take a look” at it. But he, too, urged the House to conduct a more “open” impeachment process.

It’s unclear whether McConnell plans to bring the resolution to the Senate floor for a vote since it could put his vulnerable members ― like Collins, for example ― in an awkward spot. Maine voters are divided on impeachment, according to a recent Public Policy Polling survey.

“These are not partisan matters. They are extremely serious questions of due process and the rule of law,” McConnell said in a statement on Thursday.

Trump has been closely watching Republicans on the Hill, urging them to take a tougher stance in his defense. On Wednesday, after a group of House Republicans stormed a secure space designed for closed-door proceedings and refused to leave, the president expressed his gratitude on Twitter:

Thank you to House Republicans for being tough, smart, and understanding in detail the greatest Witch Hunt in American History. It has been going on since long before I even got Elected (the Insurance Policy!). A total Scam!

These Republican protests against the impeachment process come several years after their own closed-door investigation into former Secretary of State Hillary Clinton over the 2012 terror attacks in Benghazi, Libya. In fact, in their final report on that investigation, they argued that closed hearings were more productive than open ones when seeking the truth.

“The private ones always produce better results,” then-Rep. Trey Gowdy (R-S.C.), who ran the Benghazi investigation, said at the time.

Bruce Springsteen: Trump ‘Doesn’t Have A Grasp’ On What It Means To ‘Be An American’

Trump’s Boasts Aside, Farmers May Want To Hold Off On That $500,000 Combine