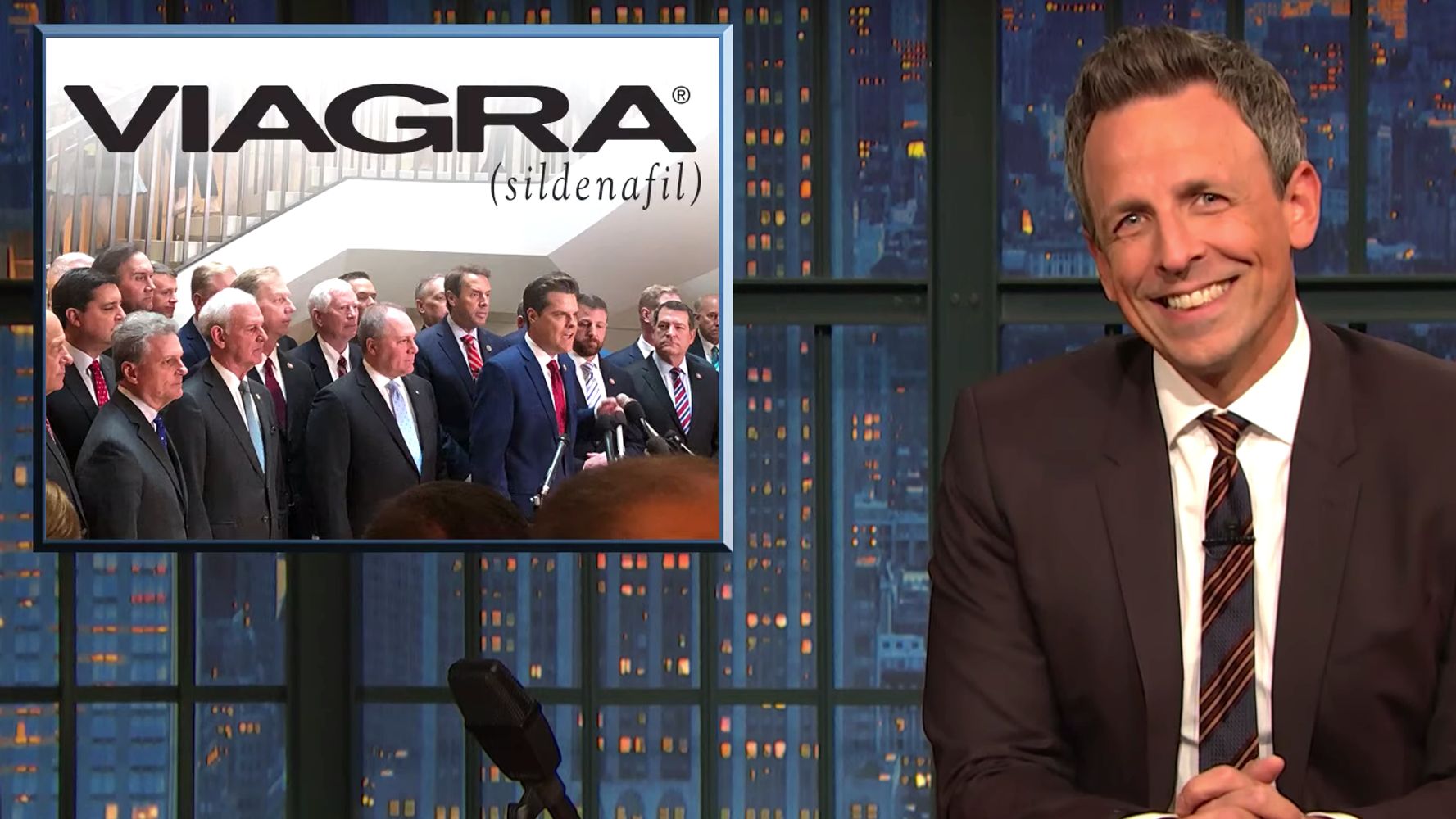 “I haven’t seen a group of white guys that angry since they found out their Don Henley tickets were obstructed view,” joked the host of NBC’s “Late Night,” who described it as a “dumb stunt.”

“Looks like a protest outside a pharmacy that ran out of Viagra,” Meyers added. “They shouldn’t be at the Capitol. They should be standing at a counter at McDonald’s demanding to see the manager.”

Check out the full segment above.