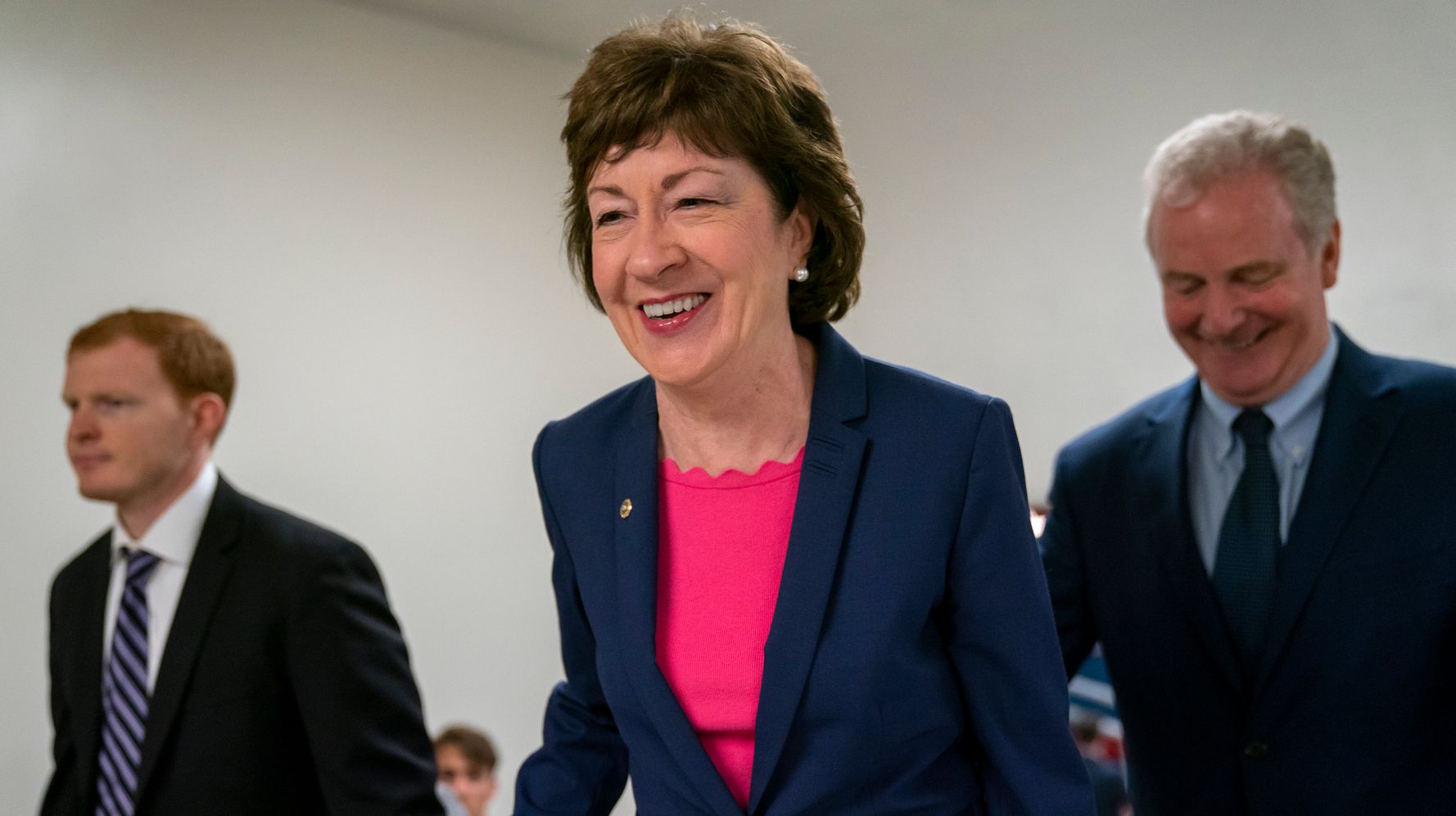 “I intend to oppose his nomination,” Collins told an activist involved with the progressive groups Demand Justice and the Center for Popular Democracy Action. The activist approached the senator in the hallway of a Senate building. (Watch the video above to catch Collins’ remarks.)

The Maine senator is the first Republican to come out against Menashi, a 40-year-old White House legal aide who is Trump’s choice for a lifetime seat on the U.S. Court of Appeals for the 2nd Circuit. Her opposition alone won’t sink Menashi’s nomination, but it’s one less vote he’ll have on the Senate floor.

I oppose the nomination of Steven Menashi to be a United States Circuit Court Judge for the Second Circuit.

Mr. Menashi’s past writings, particularly about women, LGBTQ advocates, and diversity, raise questions about whether he has the appropriate judicial temperament.

In my view, it was also inappropriate for Mr. Menashi to refuse to respond to even general questions about his work in the Administration during his confirmation hearing last month. His reluctance to answer questions about the family separation policy made it difficult for me to assess his record and impeded my constitutional duty to evaluate his fitness to serve as a judge.

After careful consideration of Mr. Menashi’s nomination with these concerns in mind, I do not believe he is well-suited to serve on the federal bench.

Menashi has drawn strong opposition from progressive groups over his long record of undermining equality for communities of color, women and LGBTQ people. In his past writings, he has compared race data collection in college admissions to Germany under Adolf Hitler; denounced women’s marches as sexual assault; opposed the “radical abortion rights codified in Roe v. Wade”; and written that it is “ridiculous” to say students chanting the Dartmouth football cheer, “Wah-hoo-wah! Scalp ’em!” are propagating “a racist belief in the inferiority of American Indians.”

He also spread the Islamophobic myth that in 1913, Gen. John Pershing executed Muslim prisoners in the Philippines using bullets dipped in pig fat.

Protesters last month filled the halls outside Menashi’s Senate confirmation hearing and even got arrested for shouting “Title IX is on the line,” a reference to Menashi serving as legal counsel to Education Secretary Betsy DeVos when she rolled back Title IX protections for survivors of sexual assault on campuses.

Menashi doesn’t have support from either of his home-state senators in New York, which is embarrassing, and he visibly angered Republicans and Democrats during his confirmation hearing by refusing to give any details on what he’s worked on at the White House. Alarmingly, he has also ignored senators’ questions about what he knows or what role he may have played in Trump’s Ukraine scandal, given that he has been the president’s legal adviser for more than a year.

The Senate Judiciary Committee is voting later this month to send Menashi’s nomination to the Senate floor for his confirmation vote. Sen. John Kennedy (R-La.), a committee member, previously suggested to HuffPost that he might oppose Menashi. He still seemed to be leaning no on Wednesday.

This story has been updated to include Collins’ statement.