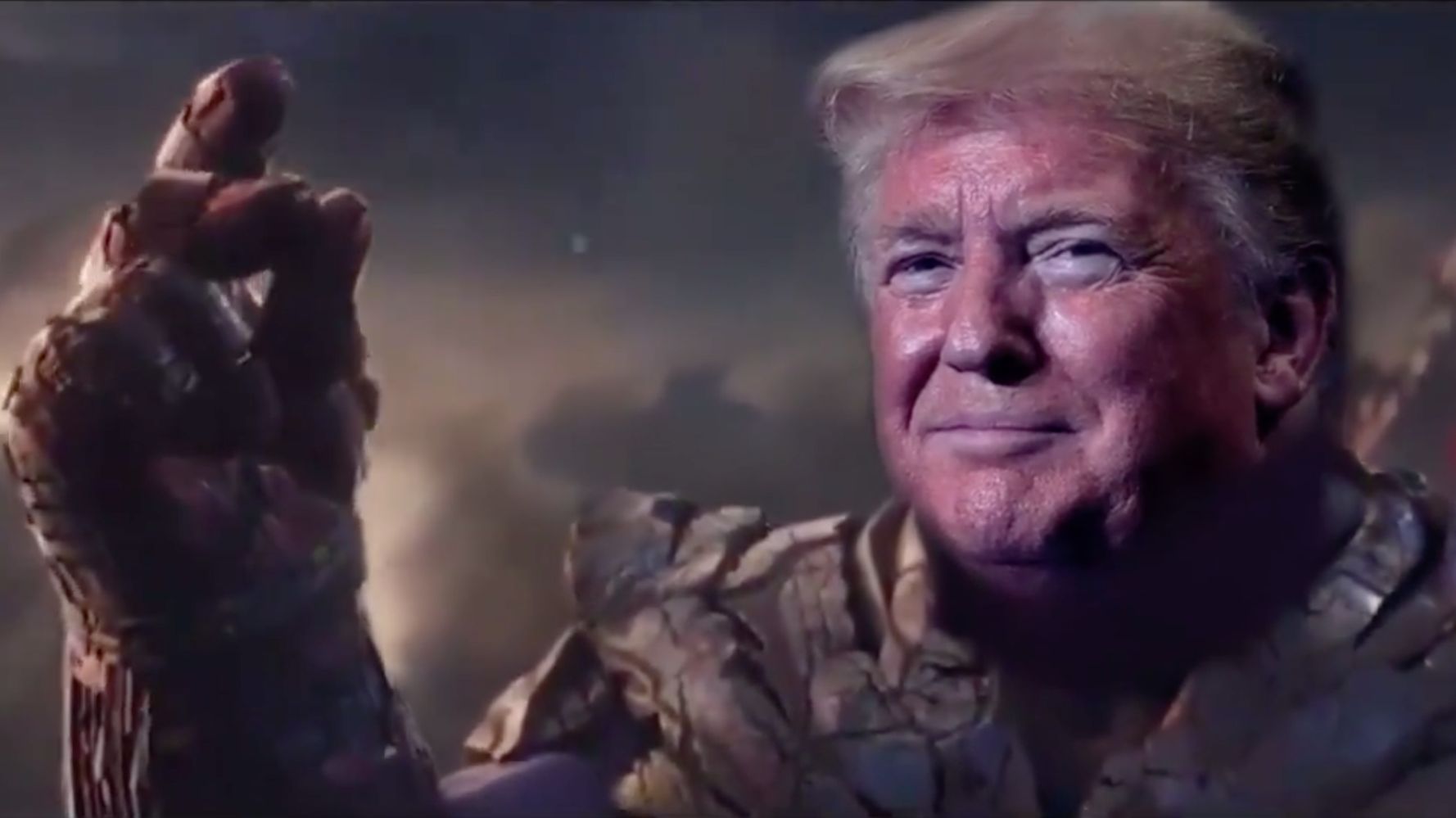 On Tuesday, a Twitter account managed by Donald Trump’s 2020 campaign team posted a video depicting the president as Marvel villain Thanos, inserting the president’s face in a scene from “Avengers: Endgame.”

“I am inevitable,” Trump’s Thanos says, snapping his fingers and causing House Speaker Nancy Pelosi and others to dissolve into dust, much like what happened to many Marvel heroes.

House Democrats can push their sham impeachment all they want.

Twitter users were quick to point out how the bizarre the video was. For starters, many noted that Thanos tried to kill off half the universe and briefly succeeded. Also — and Trump’s campaign might want to note this — Thanos ultimately loses.

However, perhaps the definitive response came from Thanos co-creator and comics legend Jim Starlin himself.

“After my initial feeling of being violated, seeing that pompous fool using my creation to stroke his infantile ego, it finally struck me that the leader of my country and the free world actually enjoys comparing himself to a mass murderer,” Starlin said in a statement to HuffPost. “How sick is that?”

He continued: “These are sad and strange times we are going through. Fortunately all things, even national nightmares, eventually come to an end.”

HuffPost also reached out to Disney and Marvel but they did not immediately respond.