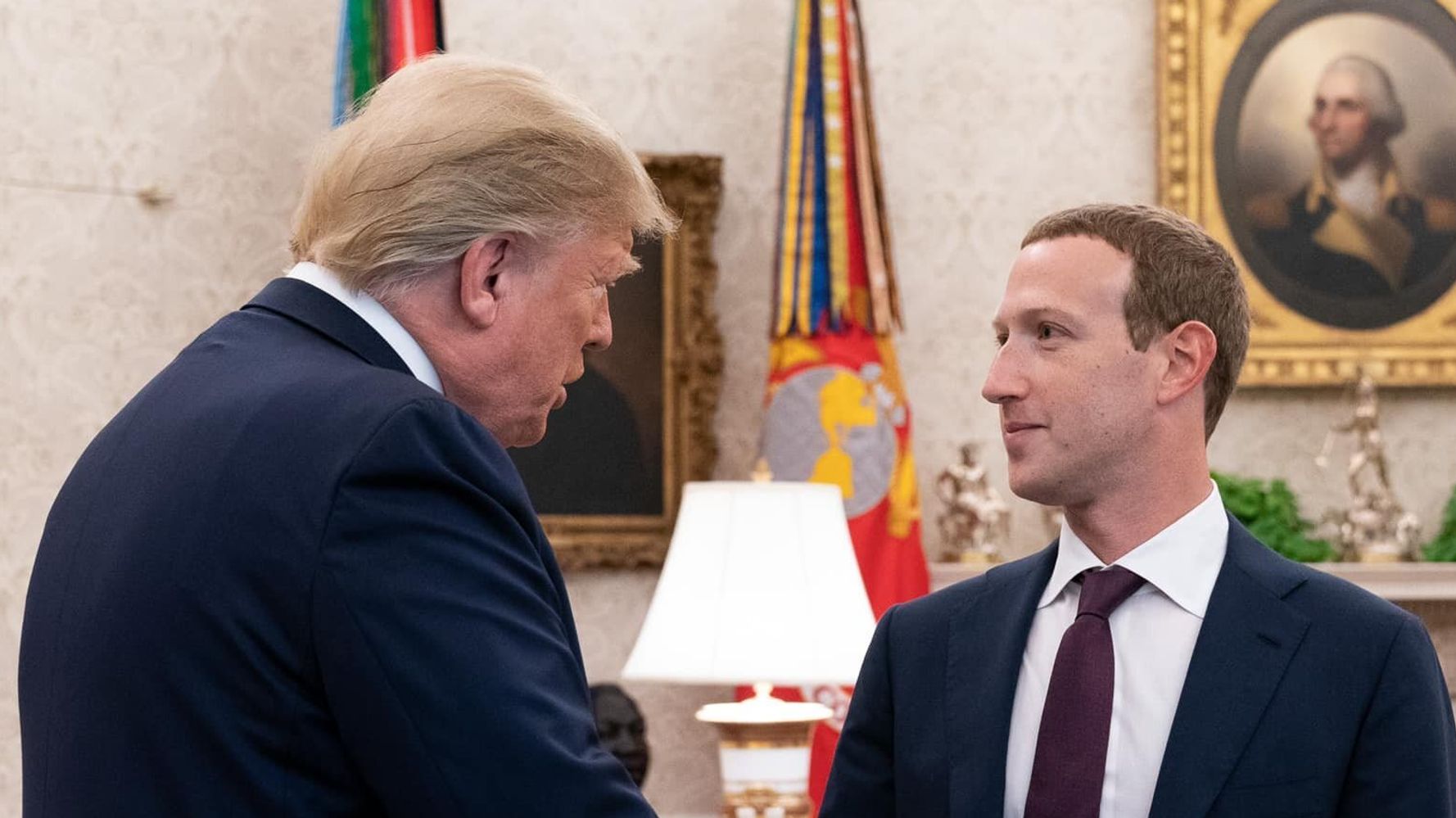 In nearly every public defense Mark Zuckerberg has offered of his company’s much-maligned policy of letting politicians lie on Facebook, he’s emphasized that political ads encouraging violence or seeking to suppress voting will never be permitted.

But, judging from a new ad out Wednesday, the Trump campaign didn’t get the memo — and Facebook isn’t serious about policing at least one of the two types of advertisements it said it would.

The fear-mongering ad in question warns readers that the “radical left” has “resorted to violence” in a desperate bid to silence Trump voters, whom leftists supposedly know they can’t beat in 2020 via any other means.

“The far left knows that they have NO CHANCE of defeating President Trump in 2020, so they’ve resorted to violence to try to silence the MILLIONS of American Patriots who voted for him,” the ad reads. “We need to show radical left that they will NEVER be able to silence us with their violence and their hatred.”

New Trump Facebook ad: “The far left knows that they have NO CHANCE of defeating President Trump in 2020, so they’ve resorted to violence to try to silence the MILLIONS of American Patriots who voted for him.” pic.twitter.com/hbtQFfy28T

It finishes with a call to action, directing readers to fill out the Trump campaign’s online “Official Trump Rally Survey.”

That survey contains questions like, “Do you think that liberal mobs have resorted to violence and intimidation at Trump Rallies because they know they can’t win in 2020?” and “Do you think that violent left-wing groups like Antifa should be held accountable for harassing and attacking Trump supporters outside of rallies?”

Asked to name a specific incident in which the left “resorted to violence” to silence Trump voters, Trump spokesperson Erin Perrine pointed HuffPost to a list on Breitbart News purporting to catalog 639 acts of violence against Trump supporters.

“There are numerous examples of the freedom loving Americans who support President Trump being assaulted or threatened,” Perrine said in an emailed statement.

Some of the incidents detailed on the list are indeed indefensible acts of violence, but portraying them as part of a widespread, organized campaign to silence millions of Trump voters is disingenuous at best; at worst, it could inspire yet more violence.

And many of the incidents listed link back to questionable news sources and dead websites. An Aug. 18, 2018 claim that a Trump supporter was “assaulted by an aging punk rocker,” for instance, points to a missing page on Constitution.com.

Aside from the obvious dubiousness of a website dedicated to the Constitution hosting news stories that no longer exist, Constitution.com’s corporate parent also manages a website that sells pro-Trump apparel.

One ad, depicting Trump saluting a flag, was only seen by women in Oregon over the age of 65, for instance, while other versions had a broader demographic and geographic scope. All contain the same inflammatory text, though the graphics varied.

Trump’s presidential campaign and associated campaign committee have far outspent Democratic rivals on digital advertising in the 2020 cycle. Data tracked by the progressive digital nonprofit Acronym show that Trump groups have spent $26.6 million on 277,870 ads across Google and Facebook. Democratic candidate Tom Steyer has the second-largest digital outlay, with $11.5 million invested in about 8,500 ads.

Facebook declined to comment, but if the company orders the removal of the Trump campaign ads for running afoul of its policies, it’d be at least the second instance of censuring the campaign for overstepping since August.

At that time, Facebook told political newsletter Popular Information that by relying primarily on automated screening systems to catch bad ads, it isn’t catching all of them.