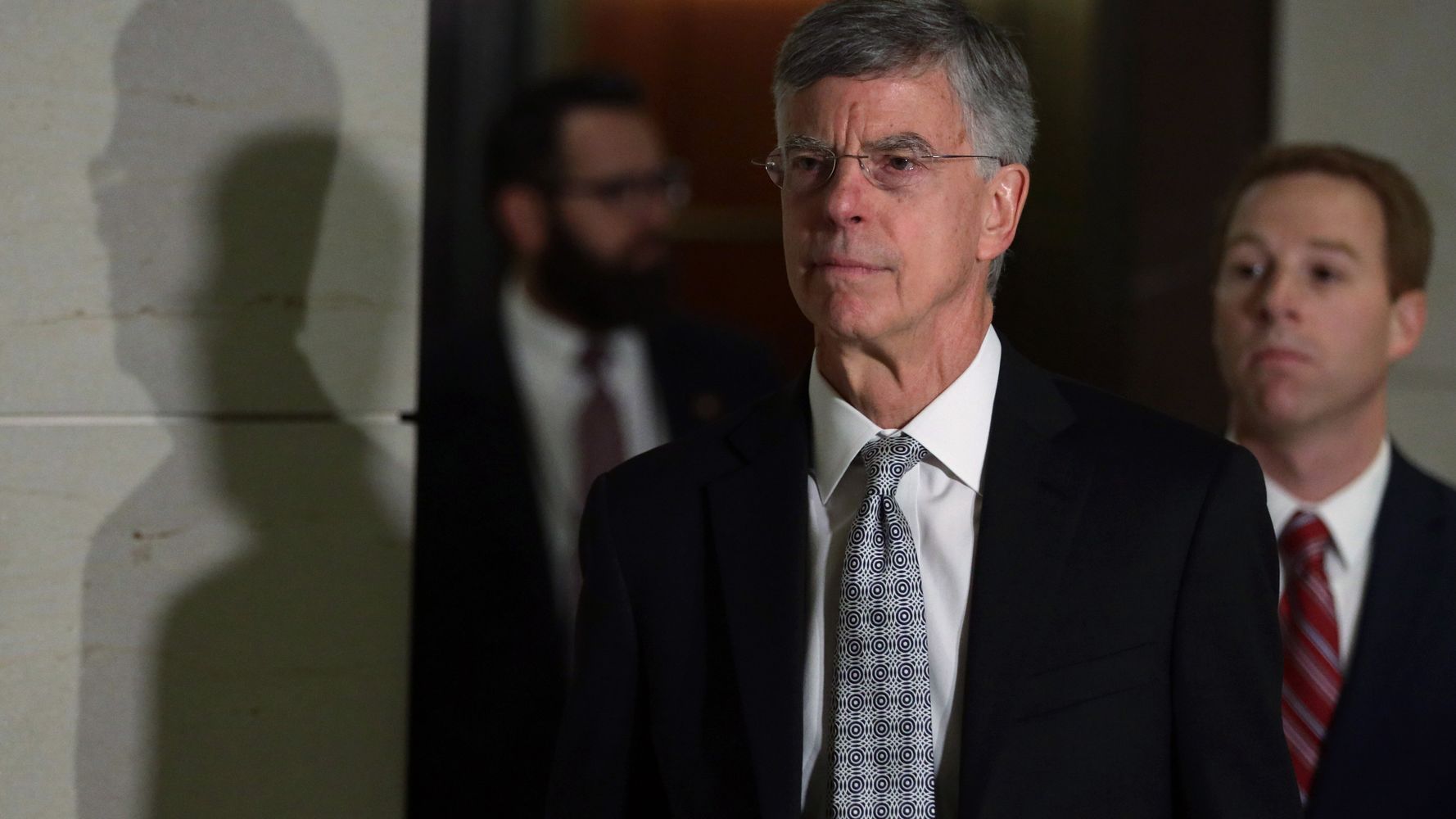 The United States’ top diplomat in Ukraine reportedly testified to House lawmakers on Tuesday that President Donald Trump held up military aid to Ukraine until its president agreed to investigate Joe Biden ― effectively confirming a quid pro quo demand on the part of the White House.

Acting Ambassador Bill Taylor’s private testimony for the House impeachment inquiry said it was “crazy” to make the military aid contingent on investigations of Trump’s political rivals, according to The Washington Post.

Democrats who were in the room said Taylor’s testimony described a clear connection between U.S. foreign policy and Trump’s political goals, and called it the most damaging account yet for the president, The New York Times reported.

“I recognize that this is a rather lengthy recitation of the events of the past few months told from my vantage point in Kyiv,” Taylor said in his opening statement, obtained by the Post. “But I also recognize the importance of the matters your Committees are investigating, and I hope that this chronology will provide some framework for your questions.”

Taylor was called to testify in the impeachment probe earlier this month, after Kurt Volker, the special envoy to Ukraine until his recent resignation, revealed text messages between himself, Taylor and Gordon Sondland, the U.S. ambassador to the European Union. In a Sept. 1 text, Taylor expressed concern about a possible quid pro quo between the U.S. and Ukraine. Sondland responded by telling Taylor to “call me.”

“During that phone call, Amb. Sondland told me that President Trump had told him that he wants President [Volodymyr] Zelenskyy to state publicly that Ukraine will investigate Burisma and alleged Ukrainian interference in the 2016 election,” Taylor said Tuesday in his statement, using an alternative spelling of Zelensky’s name.

Biden, who was vice president to Barack Obama, is running for president in 2020, and until recently was leading in the Democratic primary. Biden’s son Hunter was a board member of the Ukrainian gas company Burisma until earlier this year.

“Ambassador Sondland also told me that he now recognized that he had made a mistake by earlier telling the Ukrainian officials to whom he spoke that a White House meeting with President Zelenskyy was dependent on a public announcement of investigations,” Taylor said. “In fact, Ambassador Sondland said, ‘everything’ was dependent on such an announcement, including security assistance.”

“He said that President Trump wanted President Zelenskyy ‘in a public box’ by making a public statement about ordering such investigations,” Taylor continued.

The question of a quid pro quo is at the center of the impeachment inquiry, relating to a July 25 call between Trump and Zelensky in which the U.S. president pressured the Ukrainian leader to “do us a favor” and investigate the Biden family. Secretary of State Mike Pompeo confirmed earlier this month that he was on the call, which came soon after Trump suspended nearly $400 million in already approved military aid to Ukraine.

Taylor was informed on July 19 that Volker had met with Trump’s personal attorney Rudy Giuliani to discuss Ukraine.

“This caught me by surprise. The next day I asked Ambassador Volker about that meeting, but received no response,” Taylor said in the statement. “I began to sense that the two decision making channels ― the regular and irregular ― were separate and at odds.” Taylor described himself as part of the “regular” channel from the U.S. to Ukraine, while Volker, Sondland and Giuliani were part of the “irregular” channel.

“By mid-July it was becoming clear to me that the meeting President Zelenskyy wanted was conditioned on the investigations of Burisma and alleged Ukrainian interference in the 2016 U.S. elections,” Taylor said in his opening statement. “It was also clear that this condition was driven by the irregular policy channel I had come to understand was guided by Mr. Giuliani.”

Wow — > Bill Taylor’s testimony totally contradicts Amb. Sondland’s claim that he recalls “no discussions” with anyone at the State Department or White House about Biden or his son. Taylor says Sondland heard about Biden directly from Trump:https://t.co/mkmJWgSbjz pic.twitter.com/7xXzBJAd5E

Democrats on Tuesday said that Taylor’s testimony vastly contrasted with Sondland’s, who appeared last week before the House and recalled “no discussions” with anyone at the State Department or the White House about the Bidens. But Taylor, according to his statement, said Sondland directly heard about Biden from Trump himself.

Rep. Debbie Wasserman Schultz (D-Fla.) told reporters on Tuesday that Taylor “drew a direct line” with the hearing, which she said included documents, timelines and records of individual conversations.

“I do not know how you would listen to today’s testimony from Ambassador Taylor and come to any other [conclusion] except that the president abused his power and withheld foreign aid,” Wasserman Schultz said.

Republicans reportedly declined to share details of Taylor’s testimony, but said Democrats are exaggerating about the level of damaging information provided.

“I don’t know that any of us, if we are being intellectually honest, are hearing revelations that we were not aware of,” Rep. Mark Meadows (R-N.C.) said, according to the Times. “The bottom line is no one has yet to make the case for why the aid was withheld or even if the Ukrainians knew about it.”

Last week, Trump’s chief of staff Mick Mulvaney acknowledged a quid pro quo in Trump’s call to Ukraine, telling reporters to “get over it.” Mulvaney later tried to walk back his statement, but the comments already resulted in some Republicans growing concerned with the Trump administration’s defense against the impeachment inquiry.

S.V. Date contributed to this report.

This has been updated with a response from the White House.