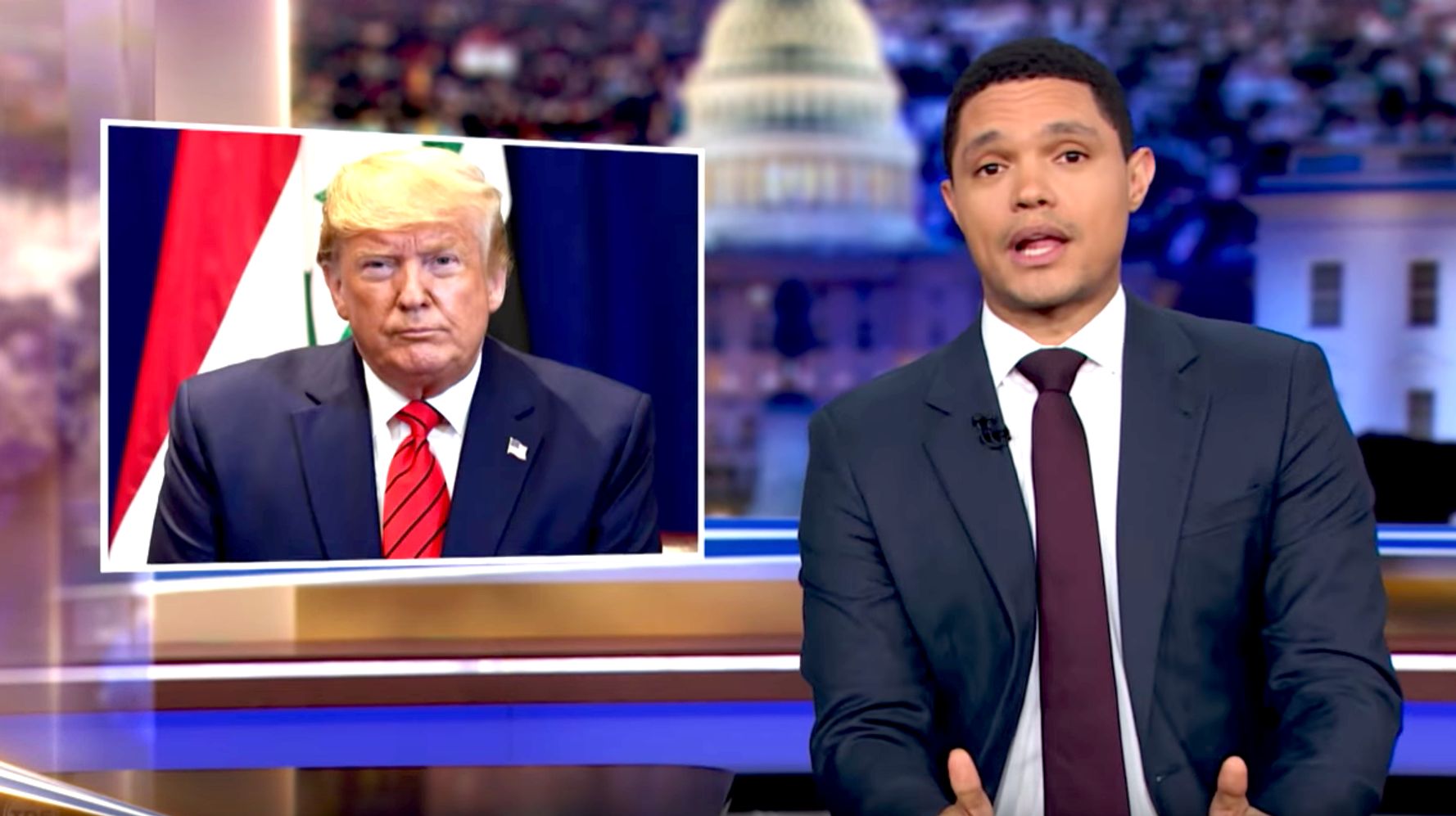 “In a normal administration, an impeachment inquiry would be enough drama on its own. But the Trump presidency is like a Black Friday sale happening at the Fyre Festival ― pure chaos!” Noah said.

Noah recapped the president’s shock decision last week, against the recommendations of the Pentagon and the State Department, to withdraw troops from northern Syria, leading to bipartisan condemnation and Turkey’s invasion.

″Even the joker was like, alright I love chaos, but this shit’s insane,” Noah joked.

Catch the full “The Daily Show” recap of the situation below:

From the Ukraine scandal to Syria, Trump’s presidency continues to be more chaotic than a Black Friday sale at Fyre Festival. pic.twitter.com/vMHM313wnw