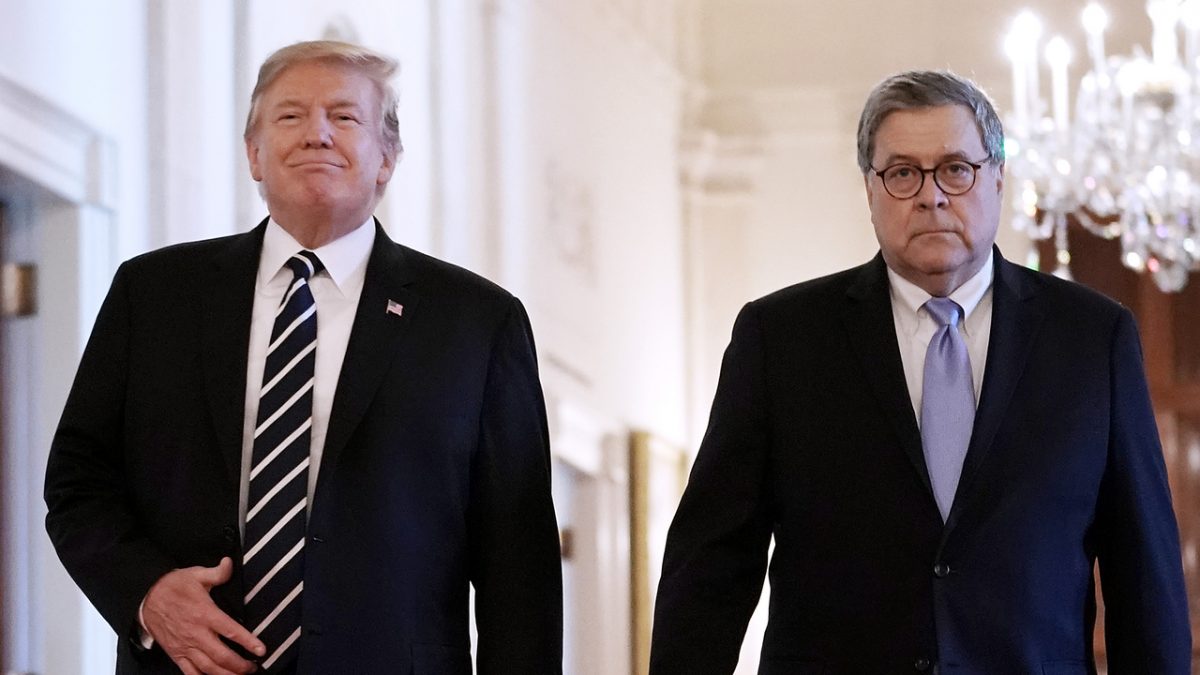 President Donald Trump acknowledged on Tuesday that his social media posts are making Attorney General William Barr’s job harder, but added that social media is very important to the president because it gives him a voice.

The president comments come after Barr issued rare criticism to the president about his Twitter posts in the wake of one of Trump’s posts about the sentencing of former campaign adviser Roger Stone. The Justice Department’s (DOJ) handling of the Stone case has received extensive scrutiny after the department requested a lighter sentence for the Trump associate. Top department officials intervened in the case after deeming the original recommendation of seven to nine years as “excessive.”

Barr said during an interview on Feb. 13 that the president’s public statements and Twitter posts made about the department and pending cases “make it impossible for [him] to do [his] job and to assure the courts and the prosecutors in the department that we’re doing our work with integrity.”

While responding to a reporter’s question about Barr’s comments, the president agreed with the assessment saying that his social media posts are making Barr’s job harder.

“I do make his job harder. I do agree with that. I think that’s true,” Trump said. “He’s a very straight shooter. We have a great attorney general and he’s working very hard. He’s working against a lot of people that don’t want to see good things happen, in my opinion.”

Trump added that he thinks that Barr is still able to do his job with integrity even with the president’s social media posts while also saying that he has “total confidence” in the attorney general.

Barr has received widespread criticism over his handling of cases related to Trump associates. Over 2,000 former DOJ officials have signed an online letter urging Barr to resign following his intervention in the Stone case. The online letter was organized by Protect Democracy, a nonprofit advocacy group staffed by former government officials, political operatives, and activists who have been opposing Trump’s agenda via legal means.

Similarly, Donald Ayer, the former deputy attorney general under George H. W. Bush, wrote an op-ed published in The Atlantic accusing Barr of acting as the “president’s personal advocate than as an attorney general” and being “un-American.”

Moreover, USA Today reported that a national group of federal judges, the Federal Judges Association, had called an emergency meeting on Monday to address concerns about Barr’s handling of cases related to Trump associates. The association did not return our request to comment and confirm the meeting, which was reported to be scheduled for Wednesday.

Despite the criticism, Republican congressional leaders have offered their support for the attorney general in a joint statement on Tuesday in response to what appears to be Protect Democracy’s online letter.

“The attorney general has shown that he is committed without qualification to securing equal justice under law for all Americans,” the statement said.

“The nation is fortunate that President Trump chose such a strong and selfless public servant to lead the Department of Justice. We expect that, as always, efforts to intimidate the Attorney General will fall woefully short.”

Meanwhile, White House press secretary Stephanie Grisham told Fox & Friends on Tuesday that the calls for Barr’s resignation did not surprise her. She said that “it’s been proven time and time again. There are obstructionists all across this government who are working against the president.”