Trump Again Pushes For Russia’s Readmittance To G-7, Says It Would Be ‘Appropriate’ 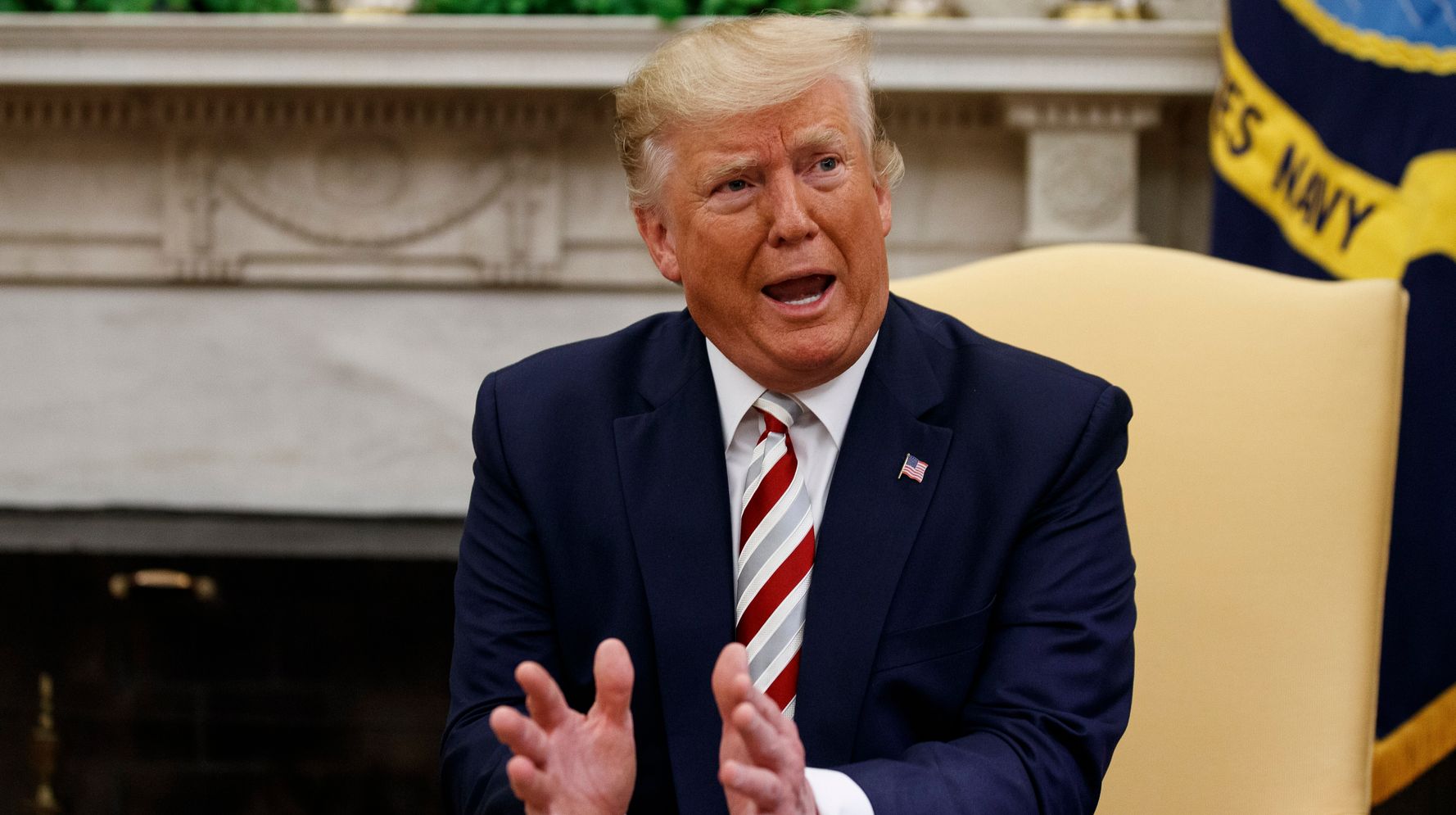 President Donald Trump is again advocating for Russia’s readmittance to a group of the world’s major industrial nations. Echoing a call he made last year, Trump said Tuesday that it would be “more appropriate to have Russia” in the Group of 7, which is scheduled to meet in France this weekend.

Speaking to reporters in the Oval Office, the president suggested his predecessor, Barack Obama, had pressed for Russia’s ousting from the forum only because of a bruised ego.

“I guess President Obama, because [President Vladimir] Putin outsmarted him — President Obama thought it wasn’t a good thing to have Russia in, so he wanted Russia out,” Trump said, referring to Obama’s efforts in 2014 to rally other members of the then Group of 8 to expel Russia following its illegal annexation of Crimea.

Trump did not mention Crimea or Russia’s continued aggression in Ukraine in his remarks but said that if “somebody would make” a motion to readmit Russia to the G-7, “I would certainly be disposed to think about it very favorably.”

President Trump on Russia returning to the existing G7: “I think it’s much more appropriate to have Russia in. It should be the G8” https://t.co/mjTYJub8bB pic.twitter.com/pdUZHdkhMX

Trump asserted in June that Russia “should be in” the G-7.

“Whether you like it or not, and it may not be politically correct, but we have a world to run. . . . They should let Russia come back in,” he said ahead of the group’s 2018 meeting in Quebec.

As The New York Times noted, Trump was — and remains — alone among G-7 members in this unconditional support of Russia’s return. Though other leaders have expressed an interest in engaging with Russia, most have said the Kremlin will need to change its behavior before a return is considered.

On Monday, French President Emmanuel Macron said during a meeting with Putin that the Kremlin could rejoin the G-7 but only if it helped to resolve the ongoing conflict in Ukraine, a bloody war that has left at least 13,000 dead and displaced over 1.5 million people.

According to CNN, which cited a senior White House official, Macron and Trump agreed in a Tuesday phone conversation that they want to invite Russia to the G-7 meeting next year. It remains unclear, however, whether the two leaders discussed any preconditions to this invitation.

CNN said Trump is expected to broach the topic of Russia’s possible readmittance to the G-7 at the group’s meeting this weekend.

Joe Biden, who served as Obama’s vice president, lambasted Trump’s suggestion that Russia be allowed back into the group.

“They invaded another country. They broke every agreement they had with the international community,” the Democratic presidential candidate told reporters in Iowa on Tuesday, according to The Associated Press. “They’ve done nothing to change their behavior except interfere in our elections.”

Leon Panetta, who was defense secretary in Obama’s Cabinet and was President Bill Clinton’s chief of staff, told CNN that Trump did not appear to be “aware that Russia is an adversary.”

“He’s basically … inviting Russia to be a part of the G-8 and is getting nothing in return as far as I can see,” Panetta said.