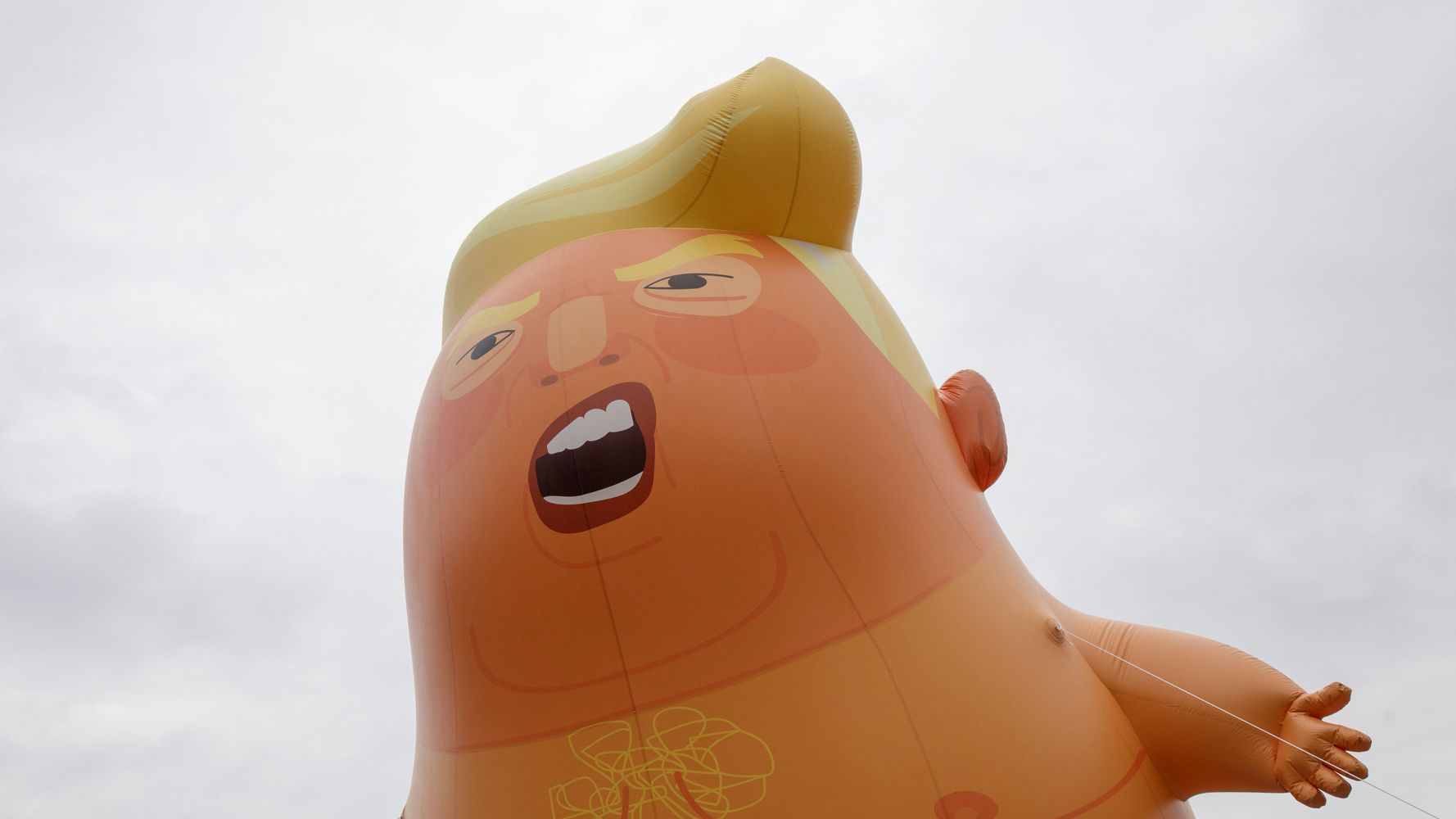 President Donald Trump ― the man and the balloon ― will be attending the University of Alabama’s football game Saturday.

The infamous inflatable Trump baby blimp, which caricatures the president as an orange-faced, diapered infant, will make an appearance four blocks from Bryant-Denny Stadium, where the Crimson Tide will face the Louisiana State University Tigers ― with the president in the audience.

Protest organizers Trace Fayard and Nic Gulas surpassed their GoFundMe goal of raising $4,000 to bring the balloon to Tuscaloosa within 12 hours. The fundraiser, to pay for transportation, setup, anchors and staffing, had raked in nearly $8,000 from more than 400 donors by Friday.

The extra proceeds will be given to the Equal Justice Initiative, a Montgomery-based nonprofit fighting mass incarceration and providing legal representation to prisoners who may have been denied a fair trial or wrongly convicted.

The announcement of the balloon’s visit comes just after Alabama’s Jason Rothfarb, vice president for student affairs for the university’s Student Government Association, warned the campus in an email that “any organizations that engage in disruptive behavior during the game will be removed from block seating instantly for the remainder of the season.”

From the University of Alabama SGA, ahead of President Trump’s visit to the game. Strange that in all the games in which drunken bacchanalia has been tolerated, if not celebrated and encouraged I’ve never once been warned to not be “disruptive” pic.twitter.com/1j87QlxSDr

After the message was shared on social media and covered by AL.com, the Student Government Association released a statement clarifying that it “strongly affirms its belief in free speech and the rights of all students to express their opinions.” The statement claimed the news report “erroneously assigned a political context to a message meant only to remind students about heightened security and the consequences of altercations or other behaviors unbecoming of a University of Alabama student.”

Trump, who has shown little interest in sports outside his own golfing, has recently made other outings to major sporting events. He attended an Ultimate Fighting Championship match at New York’s Madison Square Garden last week, and caught Game 5 of the World Series at Washington’s Nationals Park the week before.

At both events, the president faced a mixture of boos and cheers ― and chants of “Lock him up” ― from evidently divided crowds.

“Regardless of party, any time the president comes, it’s an American visit and as an American, I’m glad he’s coming to our city,” Maddox said. “I look forward to making sure that he has a great visit to Tuscaloosa even in the midst of probably the most important college football game all season.”

The Trump baby balloon, which stole the spotlight soaring over protests during both of the president’s visits to the U.K., also appeared during Trump’s militaristic July 4 celebration in Washington over the summer. The National Park Service, however, prohibited organizers from using helium to fly it.