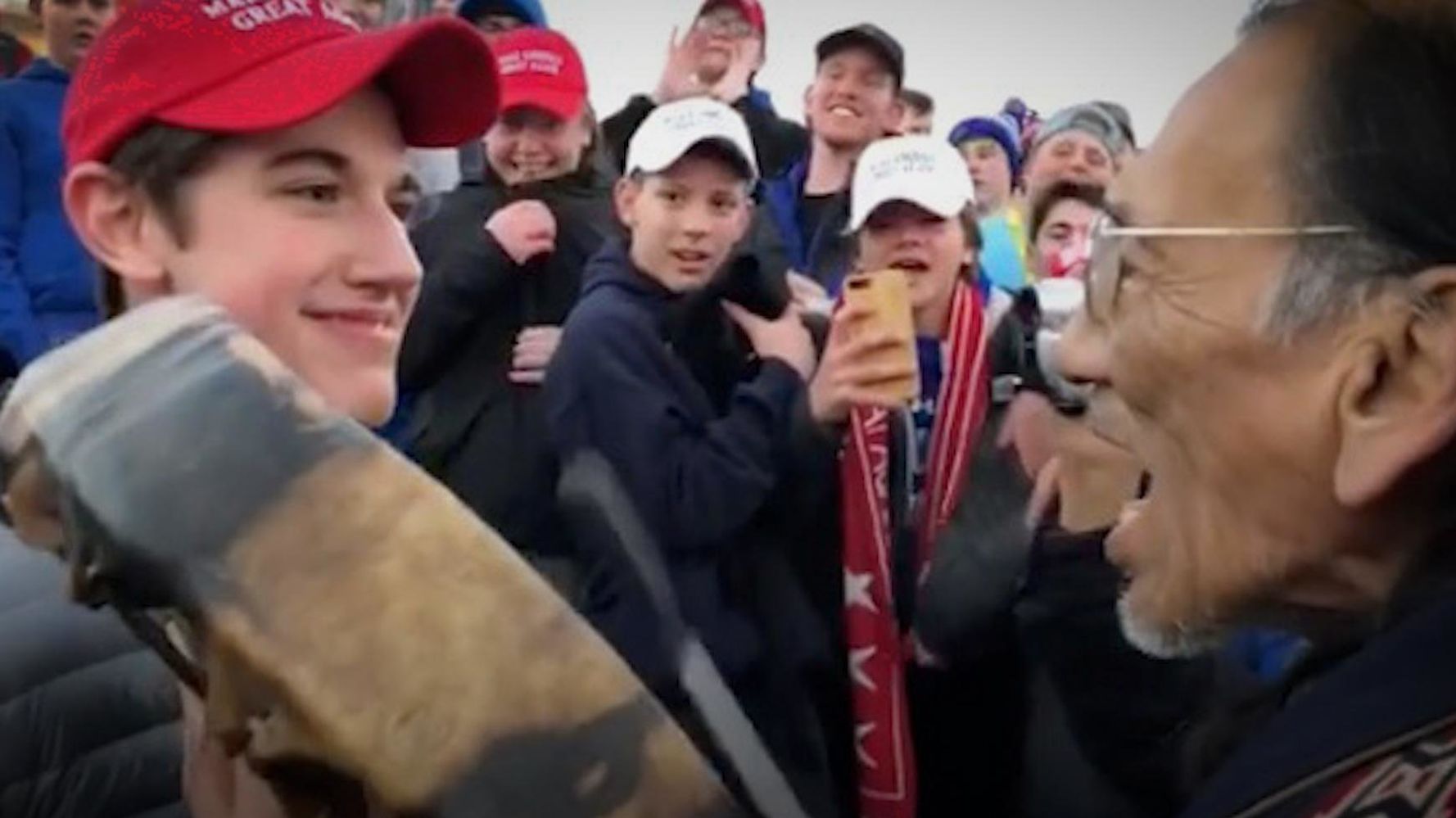 President Donald Trump on Wednesday tweeted his support for Kentucky teenager Nick Sandmann after a federal judge reinstated part of his libel lawsuit against The Washington Post.

In his tweet Wednesday, Trump attacked the Post as “thoroughly disgusting,” adding that the newspaper is no longer available at the White House.

The White House announced last week that it would not renew its subscriptions to the Post or The New York Times ― two legacy newspapers Trump often falsely accuses of publishing “fake news.”

“He could now have a good chance of winning,” Trump tweeted about Sandmann. “Go Nick!”

A Federal Judge is allowing the Nick Sandman libel suit to move forward against the thoroughly disgusting Washington Post (which is no longer available at the White House!). He could now have a good chance of winning. Go Nick!

In a lawsuit filed in February, Sandmann’s family accused the Post of making defamatory statements about him in its coverage of his highly publicized encounter with Native American activist Nathan Phillips in Washington, D.C., in January.

Video of the confrontation shows Sandmann, donning a “Make America Great Again” hat, appearing to stare and at times smile at Phillips as the activist banged a drum and sang at the Lincoln Memorial. Sandmann’s Covington High School classmates can be seen filming the encounter.

Some interpreted Sandmann’s smile as a smirk meant to intimidate Phillips, who said the 16-year-old was blocking him. Sandmann has said he was simply trying to defuse the situation.

In their lawsuit, the Sandmann family accuses the Post of “targeting and bullying” the teen in its articles about the incident because he’s a “white, Catholic student wearing a red ‘Make America Great Again’ souvenir cap” during a school field trip to the March for Life, an annual anti-abortion rally.

The family sought $250 million in damages.

Judge William Bertelsman initially dismissed the lawsuit in July, ruling the 33 statements Sandmann filed the complaint over were not defamatory and were protected under the First Amendment.

After reviewing an amended version of the lawsuit, Bertelsman ruled Monday that the case could proceed into the discovery phase, stating that “justice requires” further review of three of the 33 statements the Sandmann family contends were libelous.

The statements in question involve Phillips’ claim that Sandmann “blocked” him and “would not allow him to retreat.” Sandmann’s lawyers say Phillips “deliberately lied” and that the Post should have done more to vet his claims.

The Sandmann family has also sued CNN and NBC over their coverage of the incident. Both news organizations have filed motions to dismiss the lawsuits, which are pending.