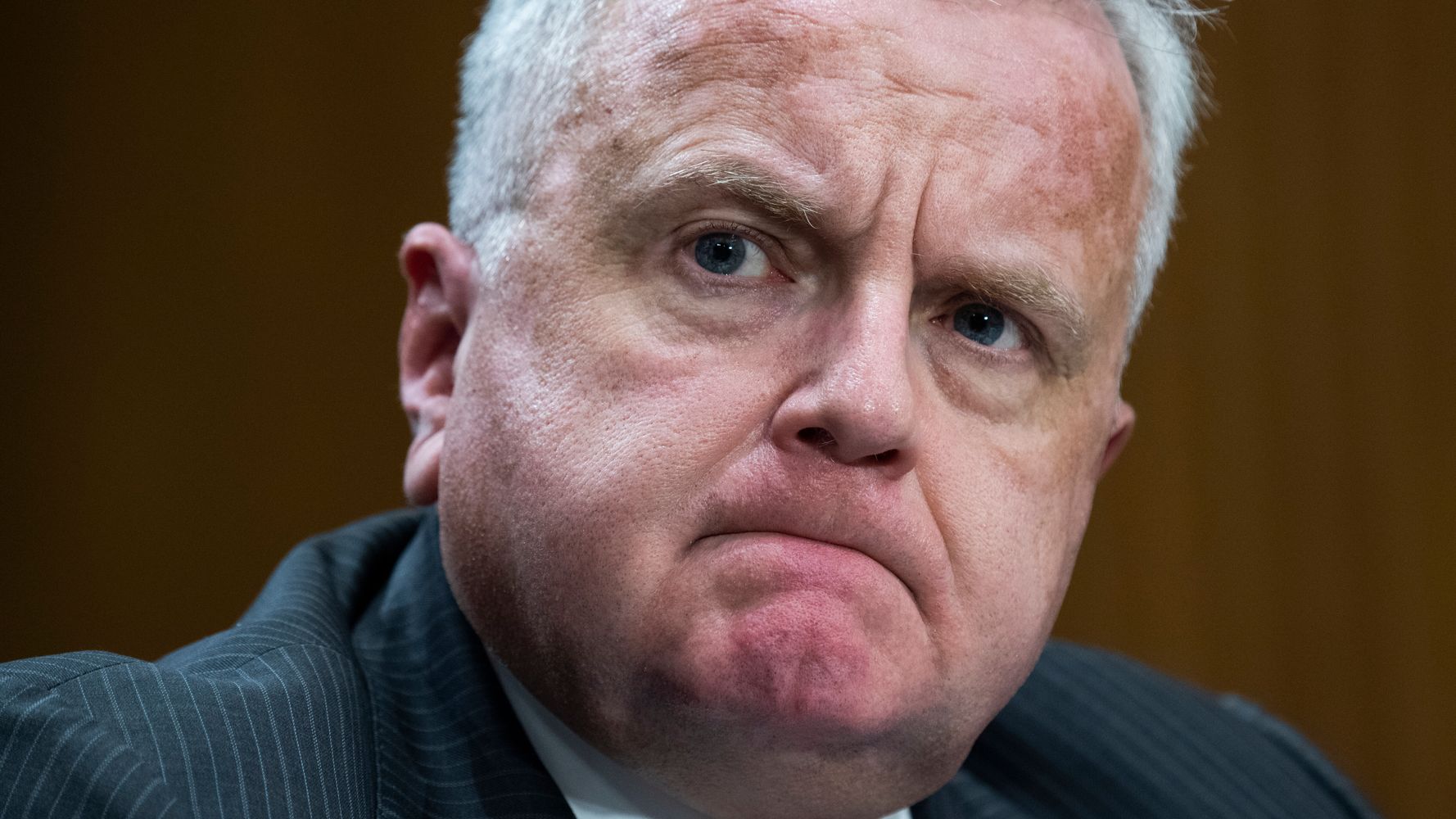 A top State Department official told senators on Wednesday that attempts by a U.S. president to solicit foreign investigations into his domestic political opponents would not agree with American values.

During his confirmation hearing to become U.S. ambassador to Russia, Deputy Secretary of State John Sullivan said he doesn’t believe such behavior would “be in accord with our values,” adding to a chorus of State Department officials who have spoken critically of the misconduct at the heart of the House impeachment inquiry.

Sullivan’s remarks ― responding to a question posed by Sen. Bob Menendez (D-N.J.) ― are particularly noteworthy because of the deputy secretary’s own role in the Ukraine affair, in which President Donald Trump sought to pressure the Ukrainian president into investigating his Democratic rival Joe Biden ahead of the 2020 election.

“Soliciting investigations into a domestic political opponent—I don’t think that would be in accord with our values,” U.S. Ambassador to Russia nominee John Sullivan says at confirmation hearing in response to question from Sen. Bob Menendez. https://t.co/JsAo4rT8TM pic.twitter.com/3MudGt3iY6

The former U.S. ambassador to Ukraine, Marie Yovanovitch, previously testified to investigators that after she was recalled from her post in May, Sullivan told her there had been a “concerted campaign” to remove her, largely driven by the president. Yovanovitch said that Sullivan made this observation to note the unusual circumstances and that he added the decision to recall her was not “for cause,” as is typically the case when ambassadors are brought home early.

Trump’s personal lawyer Rudy Giuliani and his associates sought to smear Yovanovitch, who was pushing broader anti-corruption efforts in Ukraine, as an anti-Trump operative. In a White House summary of Trump’s call pressuring the president of Ukraine, Trump suggested that Yovanovitch was “going to go through some things” after being recalled from her post.

Sullivan’s remarks come ahead of a planned vote in the House on Thursday to outline the rules and processes of the impeachment investigation before it heads into a phase of public hearings.