Trump Confirms Biden Came Up In Call With Ukraine, Would ‘Love’ To Release Transcript 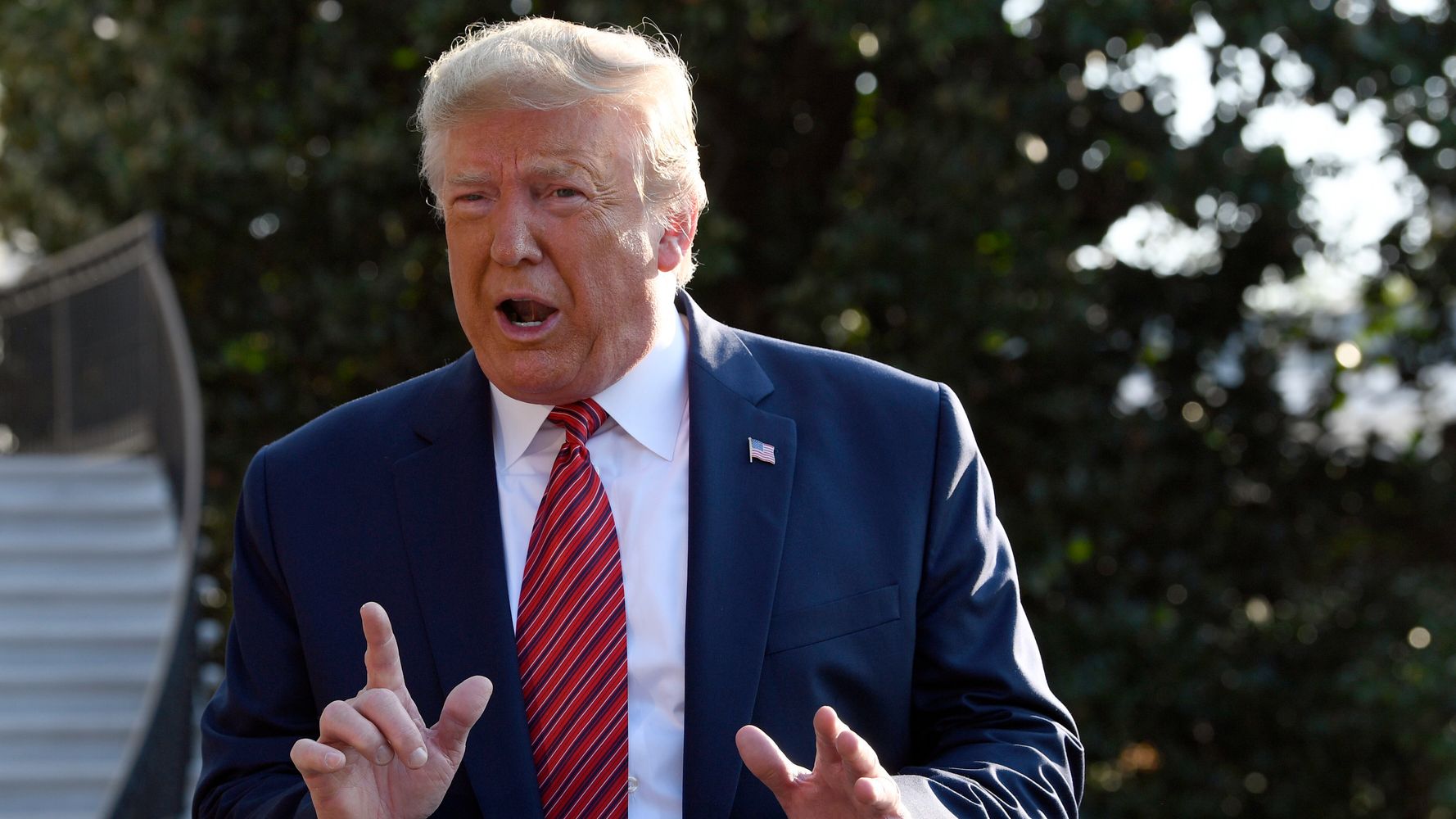 President Donald Trump confirmed Sunday he spoke about former Vice President Joe Biden and his son, Hunter Biden, in a call with the leader of Ukraine earlier this year, although he failed to corroborate a series of bombshell reports that claim Trump asked a foreign power to investigate one of his prime rivals in the 2020 election.

“The conversation I had was largely congratulatory, with largely corruption, all of the corruption taking place and largely the fact that we don’t want our people like Vice President Biden and his son creating to the corruption already in the Ukraine,” Trump told reporters on Sunday at the White House, per a pool report.

The president has been on the defense after The Wall Street Journal first reported that Trump called Ukraine President Volodymyr Zelensky in July, during which Trump allegedly pressed his counterpart to investigate Biden’s son. News of the call came out after a whistleblower filed a complaint saying Trump asked Zelensky to work with the president’s personal lawyer, Rudy Giuliani, on the matter.

Hunter Biden worked with a Ukrainian energy company called Burisma while his father was still vice president in 2016, but they have not been accused of legal wrongdoing related to that work.

On Sunday, Trump continued to deny that he had engaged in anything other than a congratulatory call, denying there was no impropriety in the conversation and characterizing it as “beautiful,” “warm” and “nice.”

“We had a very great conversation, very straight, very honest conversation,” Trump said, saying he’d like to release the transcript of the call while at the same time warning that foreign leaders should feel comfortable speaking “openly and good.”

“I would love to do it but you have to be a little bit shy about” releasing the transcripts, Trump told reporters.

Those claims have been echoed by senior officials in the Trump administration, including Secretary of State Mike Pompeo, who went on a media blitz this weekend to say the conversations were and should remain “private.”

“I think it would be highly inappropriate to release a transcript of a call between two world leaders,” another administration official, Treasury Secretary Steven Mnuchin, said on “Meet the Press” on Sunday. “What I have a problem with is Congress asking for a transcript between world leaders. I think that those are confidential discussions, and that’s a difficult precedent.”

At the same time, both Trump and Giuliani have ramped up their criticisms of Biden in an attempt to deflect from the growing scandal. Giuliani said last week that he pressed Ukraine to investigate the Bidens, but both he and the president have leveled vague charges at the former vice president.

“I’m not looking to hurt him with respect to his son,” Trump told reporters in Texas, per The Washington Post. “Joe’s got a lot of problems. Joe’s got enough problems.”

Despite the administration’s assurances that there was no wrongdoing in the White House, the reports have made waves among Democratic leadership.

House Speaker Nancy Pelosi (D-Calif.) on Sunday called on the Trump administration to release the whistleblower complaint to lawmakers, which the acting director of national intelligence, Joseph Maguire, has so far refused to do.

“The Administration’s blocking of Acting DNI Maguire from providing Congress with the whistleblower complaint calls upon him to violate the federal statute, which unequivocally states that the DNI ‘shall’ provide Congress this information,” Pelosi wrote in a letter this weekend. “The Administration is endangering our national security and having a chilling effect on any future whistleblower who sees wrongdoing.”

Pelosi has largely opposed factions within her party that want to open an impeachment inquiry against Trump, but hinted at the possibility in her letter, saying any effort to block the whistleblower complaint would “take us into a whole new stage of investigation.”