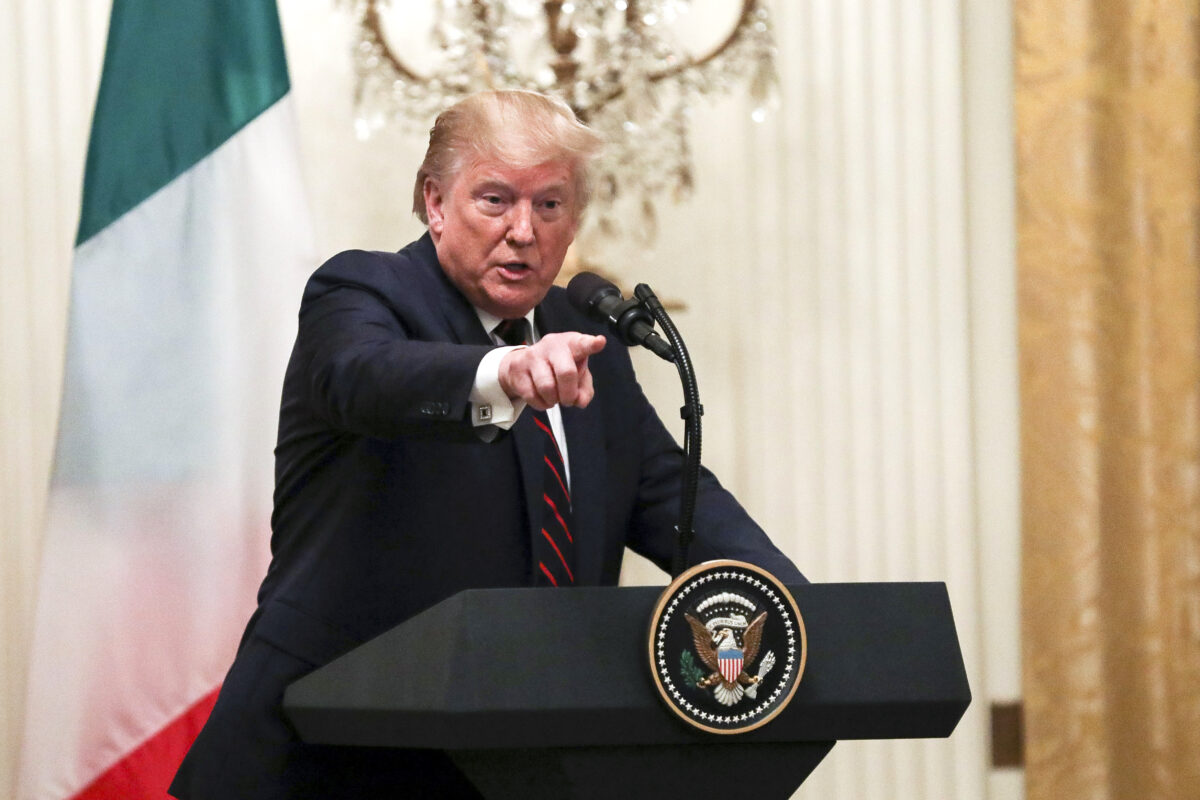 WASHINGTON—U.S. President Donald Trump abandoned plans late on Saturday to host next year’s Group of Seven summit at his Florida golf resort, after Democrats and others had decried the selection with unproven claims that the president was misusing his office for personal gain.

In a series of tweets, Trump said he would drop the plan announced Thursday by White House acting chief of staff Mick Mulvaney to host the meeting at Trump National Doral golf resort near Miami from June 10 to 12.

Trump cited what he termed “Crazed and Irrational Hostility” from Democrats and the news media in explaining his decision. “We will begin the search for another site, including the possibility of Camp David, immediately,” he wrote.

…..its own 50 to 70 unit building. Would set up better than other alternatives. I announced that I would be willing to do it at NO PROFIT or, if legally permissible, at ZERO COST to the USA. But, as usual, the Hostile Media & their Democrat Partners went CRAZY!

The president said he had offered the resort at “no profit” to himself because it had the features that are needed to host the large gathering, was next to the international airport, and would save taxpayer dollars.

“I announced that I would be willing to do it at NO PROFIT or, if legally permissible, at ZERO COST to the USA. But, as usual, the Hostile Media & their Democrat Partners went CRAZY!,” Trump tweeted on Oct. 19.

His “no profit” offer would have meant the deal would not be in violation of the U.S. constitution’s emoluments clause prohibiting government officials from receiving salaries, fees, or profits from foreign and domestic governments without congressional approval.

“I thought I was doing something very good for our Country,” he wrote on Twitter.

But commentary across most legacy media outlets and Trump’s political opponents have downplayed his “no profit” offer, with watchdog group Citizens for Responsibility and Ethics in Washington saying on Saturday that the initial decision to award the event to a Trump property was “stunningly corrupt” and the “reversal shows that pressure works.”

“The president deserves no plaudits for doing the right thing only after public outcry forced him not to do the wrong thing,” it said.

Democrats have said they would investigate Trump’s plan to host the G7 at his property after he floated the idea in August. The decision also sparked criticism from a number of Republicans.

In a statement on Thursday, House Judiciary Committee Chairman Jerrold Nadler called the announcement “among the most brazen examples yet of the president’s corruption.” Nadler said the committee would continue investigating “regarding these matters.”

Mulvaney said on Thursday that using Doral “was millions of dollars cheaper” than other facilities and would lead to a “roughly 50 percent savings” for the taxpayer, but the White House did not release any documents to explain that analysis.

Then President Barack Obama held the 2012 G8 summit at Camp David, which is in Maryland, about 60 miles northwest of Washington.

Trump first floated the idea in August after attending the G7 in France. He has also hosted world leaders at some of his other properties, including at his Mar-a-Lago oceanfront club in Palm Beach, Florida.

By David Shepardson. With additional reporting by Epoch Times staff.