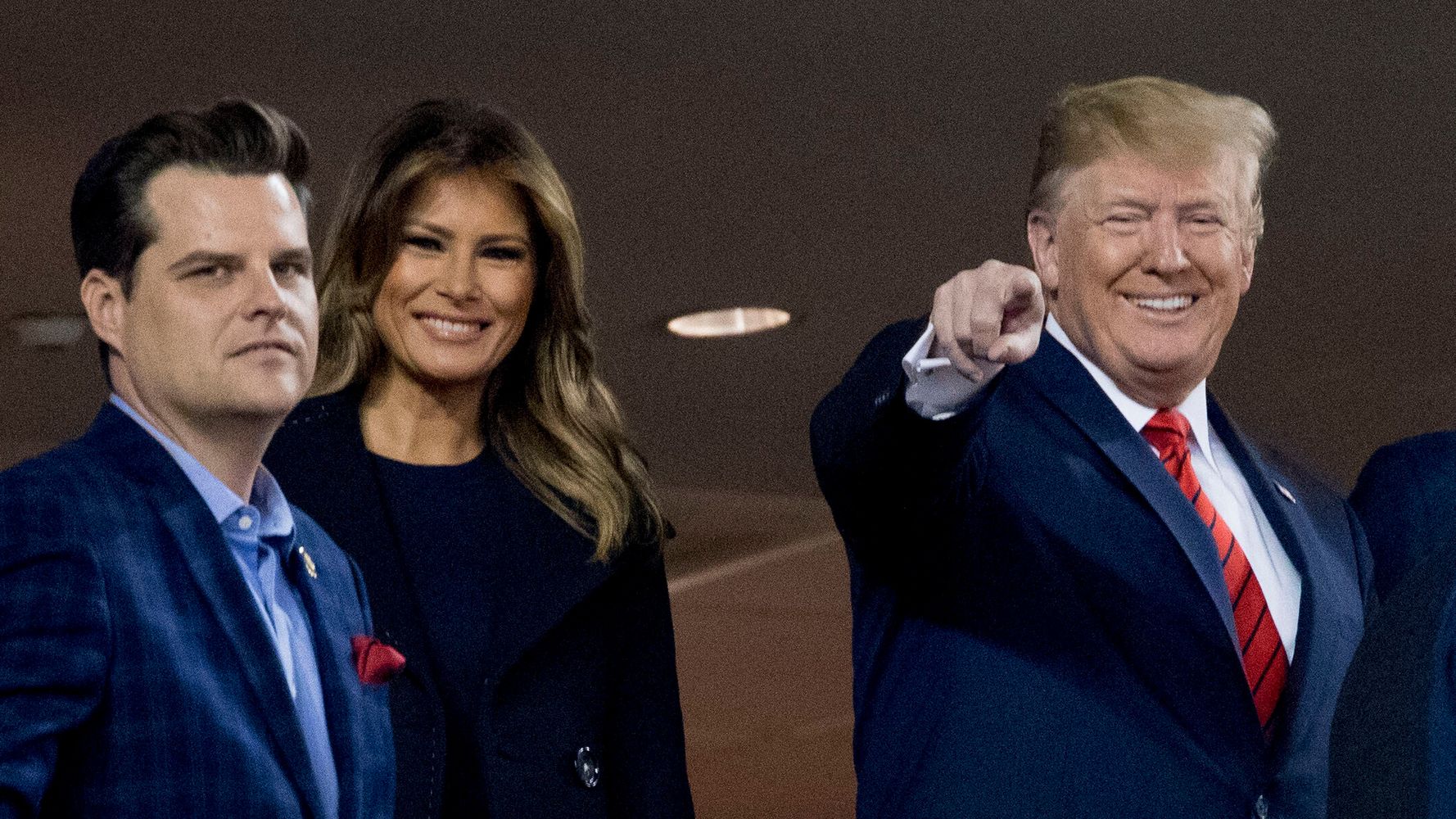 President Donald Trump was greeted with a chorus of boos, some cheers and a “Lock him up!” chant during Game 5 of the World Series between the Washington Nationals and the Houston Astros Sunday night.

The president showed up shortly after the first inning, and was announced to the crowd on the scoreboard during Nationals Park’s salute to veterans, prompting loud boos:

The boos directed toward Trump & the other Republicans shown on the scoreboard were.. very evident on radio pic.twitter.com/qE5U2B15k0

Look how Trump’s face changes when he realizes an entire stadium is booing him pic.twitter.com/E46rzbzmbl

As the fourth inning began, the crowd initiated a “Lock him up!” chant, a throwback to Trump’s campaign trail chant directed at Hillary Clinton in 2016.

President Trump was booed loudly by the fans at Nats Park when he was shown on the big screen.
Then came a loud chant: “Lock him up.” @wusa9 pic.twitter.com/LBbgSAHd6k

Full on “LOCK HIM UP! LOCK HIM UP!” chants heard throughout the crowd at Nats Park after President Trump was announced and shown on screen here #WorldSeries pic.twitter.com/1ktVXkHYFy

Some cheers were also audible:

Both cheers and boos for Pres Trump at game 5 of the #WorldSeries: pic.twitter.com/KSXiCnsczR

Humanitarian chef and outspoken Trump critic José Andrés threw the ceremonial first pitch, drawing rousing applause from fans. There was some chatter over the announcement that he would throw the first pitch instead of the president, who had announced he would arrive to the game late to reduce interference with fans arriving to the stadium.

Wall Street Journal White House reporter Michael Bender noted the difference in decibels between the anti-Trump chants and the applause for Andrés:

The boos for Trump at Nationals Park registered about 95 decibels, about as much noise as food blender. The cheers for Jose Andres hit 96.6, a little closer to the sound of a subway pic.twitter.com/cGC35u8Do5

Trump Boasts He Called On U.S. To Kill Osama Bin Laden Before 9/11. He Didn’t.