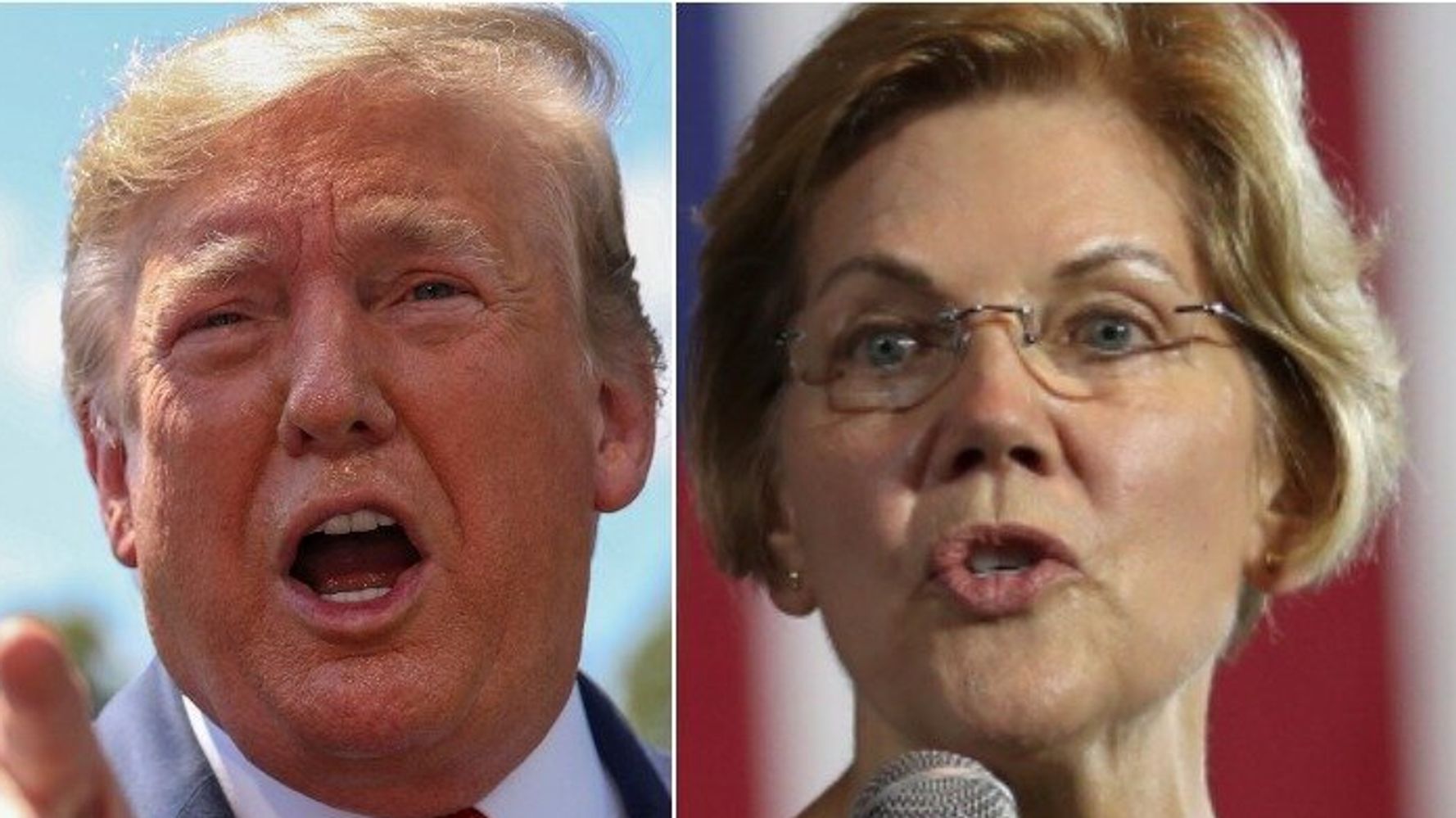 Sen. Elizabeth Warren (D-Mass.) has been drawing increasingly large crowds as she campaigns for the Democratic nomination to run against President Donald Trump. And it’s not just her supporters who have noticed.

On Tuesday, Trump attacked Warren, claiming the media reports inflated her crowd size. Then, for good measure, he threw in his racist nickname for her:

They do stories so big on Elizabeth “Pocahontas” Warren’s crowd sizes, adding many more people than are actually there, and yet my crowds, which are far bigger, get no coverage at all. Fake News!

Last weekend, Warren drew a crowd that her campaign estimated at 15,000 in Seattle:

12,000 showed up for the @ewarren rally in Minnesota. 15,000 for her Seattle rally. Folks, there’s something happening here. pic.twitter.com/sXVTy5M5ap

After the event, she spent hours posing for selfies with supporters who stood in a line that stretched around the park:

Three hours later @ewarren photo line still wrapped around the park in Seattle. She’s still going since she doesn’t have a fundraiser she’s got to off to.

Although Trump still routinely packs arenas, he famously obsesses over his crowd sizes and often wildly inflates the number in attendance, especially when it comes to those gathered outside. Last year, for example, Trump claimed to have an overflow crowd of 45,000 people outside a rally in Missouri. However, a city official told CNN that “1,000 or so” were outside.

Trump has repeatedly touted the crowd size from his 2017 inauguration. Then-White House Press Secretary Sean Spicer even lied about it in a press conference, saying the crowd was the “the largest audience to ever witness an inauguration, period.” Trump also ordered a government photographer to edit images of the event to make the crowds seem larger than they were, the Guardian reported last year.

Given that obsession, many of Trump’s critics noticed his tweet, and more than a few asked him the same thing: Getting nervous?

Someone is nervous about Warren. #[email protected] pic.twitter.com/Lb8hEdb6Bi

But who has bigger hands?

The world is melting and on fire, children are still locked in cages, farmers are going bankrupt, your bros Kim and Putin are firing missiles, the market is fragile, white supremacists abound, anti semitism is rampant and you are talking about crowd size again. #25thAmendmentNow

P.S. You’re scared of her because you know she’s smarter, more qualified, and better than you.

Using a racial slur against her isn’t going to work. She has a plan for that. pic.twitter.com/qxfAi83STn

So you’re getting a little nervous about Warren, huh? I get it. “Pocahontas” is all you’ve got on her, and that just reinforces that you’re racist. And unlike your East Coast elite gold toilet faux-populism for whites only, her message is populist & inclusive. You should worry.

Why don’t you just photoshop your head in here? pic.twitter.com/8oEb10FtK9

Getting even more nervous now, aren’t we???? Deutsche Bank has the goods!

Her name is Senator Elizabeth Warren.

imagine being this broken inside

I can’t believe we are still talking about crowd sizes.